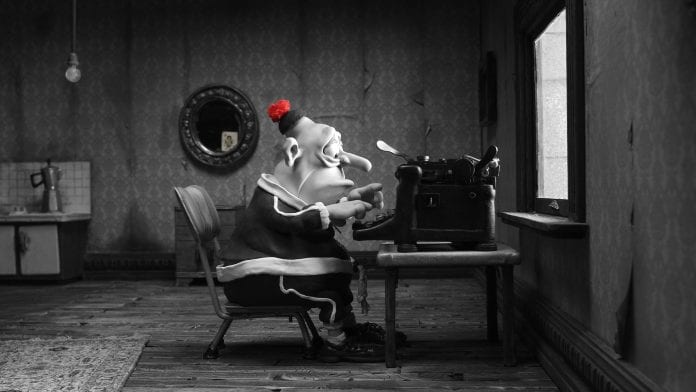 Few films can ride a fine line between a deeply upsetting tragedy and an uplifting comedy drama. But Adam Elliot’s Mary and Max is one of those films. Elliot’s short film Harvie Krumpet, about a man with Tourette’s Syndrome who is also riddled with bad luck, won the Oscar for Best Animated Short in 2004. Similarly, Mary and Max is a film that tackles disability, mental health, and circumstance in a way that tells a profound tale about what it means to be an imperfect person in an imperfect world.

Mary and Max reduced me to a bedridden wreck of tears on a first watch. Now, despite all the heartache contained within, it is a story that nourishes and protects me whenever I feel at my lowest.

In 1976, eight-year-old Mary Daisy Dinkle (Bethany Whitmore) lives with her emotionally distant father Noel and her alcoholic, kleptomaniac mother Vera. She has no friends except for her pet rooster Ethel and The Noblets, the eponymous characters of her favourite TV show. She strikes up a chance pen-pal relationship with fellow Noblets fan Max Horowitz (the late, great Phillip Seymour Hoffman), a morbidly obese, 44-year-old neurodivergent man living in New York City. Their friendship spans years, even decades, and follows both Mary and Max as they overcome trials and tribulations thrown their way at various points throughout their lives.

Right from the opening montage, there is mesmerising beauty in the painstaking design—a design that includes a miniaturised, fully functioning typewriter made out of clay. Mount Waverley is a glorious little town on paper but, as becomes apparent later, it is also a place where depression and strife go unnoticed behind closed doors. A crooked, broken swingball in particular seems to forebode an unforgiving end to the carefree emotional state of childhood. For the first part of the film, you are invited to see the world through Mary’s eyes; a mixture of simple pleasures and sobering sadness, complete with amusing naivety and a charming way with words. It lends itself to some of the funniest early moments, while later on is also used to give the more upsetting scenes a heightened emotional resonance. It is a balance of amusement and irreparable sorrow that never seems to leave Mary’s side throughout the entire film.

Mary and Max also features one of the glummest depictions of New York ever committed to screen. A noir cityscape dominated by looming greys and shadows, completely absent of colour. Even the Statue of Liberty—a figure meant to represent all that is good about the USA—is a monument of pure misery. Max’s entire world seemed laden with glum realities, confusion, and inconsiderate people. Yet even here there is a unique sense of humour on display, Elliot’s charm never sliding into crass jokes for their own sake.

Mary and Max, separated by an entire ocean, find solace and escapism in the letters they write to one another. For Mary, her friend in America is the only real friend she has, and the only one who can provide respite from her difficult home life. For Max, Mary represents great personal risk—he has anxiety attacks almost every time he reads one of her early letters—but is also the only real friend he has ever had (his numerous pets do not count). The awe-inspiring depth of their connection plays out wonderfully; an emotional anchor that keeps the film steady throughout all the at times bizarre trials and tribulations. Just as well too, because this is a film finished off with some very eccentric touches—the most dramatic of which involves a mime artist, an air conditioner unit, and a Looney Tunes-esque death.

Max’s character is a refreshing representation of disability and autism in particular, one that goes beyond the undeniably important but limited steps forward taken by films like Rain Man. Max takes offence at the idea that his autism is something that might eventually be ‘cured,’ instead insisting that it is an indispensable part of who he is. That being said, he openly admits that he finds the wider world incredibly confusing, and doesn’t disregard the negative impacts of his condition (for example hypersensitivity to loud noises and strong smells). Most importantly, Elliot avoids the line of thought where Max’s existence has to say something profound about autism, as if autistic characters only merit inclusion when making some comment about their condition. If anything, the reverse is true; autism is just one aspect of Max’s character used to highlight how wonderfully unique he is as a person, intersecting with other factors such as his Jewish upbringing, his weight issues, and his often wonderful way with words. It is empowering without being unrealistic, and sobering without heavy doses of pity.

After over an hour of laughter, heightened emotions and gut-wrenching climaxes, you reach the end. The final 15 minutes are heartbreaking, pulling you in all different directions as you come to grasp what has happened. Yet even here Elliot finds space for cheekiness and sarcastic wit without it ever once feeling out of place. The finale, when it comes, is somehow the best and worst possible ending at once. The score and the build-up send you in completely the wrong direction, leaving you unprepared for what comes next. There is no reaction aside from an overwhelming, yet somehow fulfilling, advent of anguish. When the final reveal comes, it is just too much to handle. Whether you will be crying with sadness or with happiness depends on you, which is fitting. Mary and Max captures how wonderful it is that every one of us is different, and how we can connect with others over great distances as a way to find some solace in an unforgiving world. It’s easily one of the best animated stories brought to life on the big screen, and an exploration of friendship that reminds everyone to treasure those they are lucky enough to have in their lives.

Mary and Max is currently available to stream on Amazon Prime.