A deliciously British comedy-drama is the perfect recipe for a feel-good film. Mix in eight hopeful Oxbridge adolescents, three teachers and one school that is determined to see their history department become famous for admitting some of Yorkshire’s cleverest minds into the realms of Oxford and Cambridge.

The History Boys is a testament to the unwavering nature of university admission – a sensible, courageous and entitled pathway into the world of adult life upon graduation some years later. When the hopeful eight of Cutler’s Grammar School, a bunch of academically gifted yet unruly boys, are reminded of their intellectual abilities and that they should try for the elite British universities, it doesn’t take long before headmaster, Felix (Clive Merrison) begins a quest to have the boys placed at either Oxford or Cambridge; a mission headed by new arrival and supposed Oxford graduate, Irwin (Stephen Campbell Moore).

“Durham was very good for history. It’s where I had my first pizza. Other things too, of course, but it’s the pizza that stands out” – Mrs Lintott

Alongside the fabulously flamboyant Mr Hector (Richard Griffiths) and foul-mouthed Mrs Lintott (Frances De la Tour), the boys embark on a strict training regime designed to equip them with the knowledge needed to be given a coveted place at Oxford or Cambridge. However, it isn’t long before the boys realise that education isn’t all about exams and grades, a lesson learnt from Mr Hector’s outlandish displays of romantic literature, frequent sing-a-longs with students, namely Posner (Samuel Barnett) – who takes part in a bid to quash his sexual gratifications and secret cravings towards Dakin (Dominic Cooper) and ill-timed French language performances in which the university hopefuls transform into fluent, flirty and fun teenagers.

The History Boys burst onto the film scene in 2006, featuring a lesser-known James Corden amongst many others – Sacha Dhawan, Andrew Knott, Dominic Cooper, Adrian Scarborough and Russell Tovey, all of whom appeared in Corden’s later work, Gavin and Stacey.

British in style, energy and character, the lives of the Cutler Grammar School students are reimagined with an 80s flair. Teachers are foul-mouthed, extravagant, yet oddly inspiring. The overenthusiastic Mr Hector (Griffiths) cares about his students more than their grades, offering lifts home on his motorbike, singing lessons and buckets of wisdom at every chance. Mrs Lintott is humorous and quick-witted, an acid tongue in the form of a chain-smoker of a woman, and Irwin (Campbell Moore) being the man the boys love to take too far, propelling the post-adolescent teacher into the deepest depths of his career around ten years earlier than expected.

Religion, sexuality, love, death, education and the promised land of university all play a part within the film, noting the importance of self-expression and freedom as the boys grow into hopeful young academics.

“Pass the parcel. That’s sometimes all you can do. Take it, feel it, and pass it on. Not for me, not for you, but for someone, somewhere, one day. Pass it on, boys. That’s the game I want you to learn. Pass it on” – Mr Hector

It’s funny, it’s sexual, it’s a reminder of the rollercoaster that is the life of a young person and it’s the perfect example of the work of playwright and screenwriter, Alan Bennett.

It’s a game that needs to be learned. Readers, pass it on.

Watch this if you like: The Lady in the Van, Starter for Ten, Educating Rita, The Perks of Being a Wallflower.

Jennifer Hudson is asking for a little... 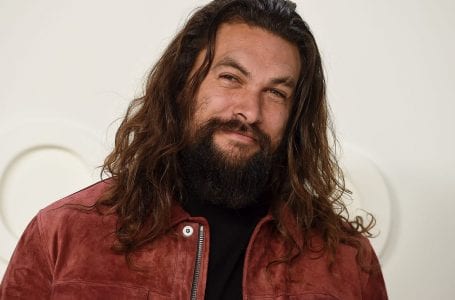