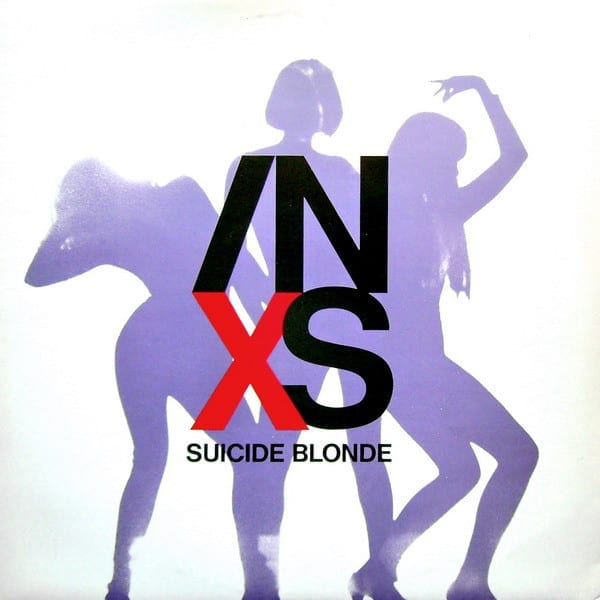 Kylie Minogue’s starring role in The Delinquents (1989) led to more than just $3m at the box office. Her portrayal of Lola Lovell in the Australian coming-of-age romantic drama also brought about the release of one of INXS’ biggest hits.

The Australian band’s lead vocalist and rhythm guitarist Michael Hutchence was then dating Minogue, whose character in the film, Lola, dyes her hair platinum blonde after leaving her family. Minogue didn’t risk the dye, and instead donned a wig to play the role which her hairdresser described as “suicide blonde”, allegedly as a jokey reference to Minogue “dyeing” her own hair.

After relating the incident to Hutchence, he penned the track with INXS keyboardist Andrew Farriss, and thus ‘Suicide Blonde’ was born. Following decades of rumours, the song’s origins were finally confirmed by Minogue in conversation with News Corps earlier this month, who separated from Hutchence in 1991 after his affair with model Helena Christensen.

As part of the same News Corps feature, Farriss discussed the band’s reaction to the lyrics: “My concerns weren’t so much about Kylie or their relationship, it was the word ‘suicide’ in a song.

“He [Hutchence] said, ‘Don’t worry it’s not about suicide’.”

Seven years after the release of the single, Hutchence was tragically found dead in his Sydney hotel room at the age of 37, with his death ruled as suicide by hanging.

Instantly recognisable from its distinctive harmonica intro, the 1990 song is an incredibly upbeat offering despite its titular suicide reference, incorporating elements of funk and dance. This led to the release of two dance remixes that same year known as the “Milk Mix” and the “Devastation Mix” which were well-played in clubs.

The first release from the new wave rock band’s seventh album X, ‘Suicide Blonde’ performed well both in Australia and overseas. While it peaked at number two in Australia, nine in the US and 11 in the UK it topped the charts in Canada and New Zealand for two and three weeks respectively.