Despite the widely negative reviews it received during its Broadway stint, The Lightning Thief is a deeply enjoyable musical. It has a great score and it’s packed with well-timed comedy and creative staging. And most importantly, it is so much more faithful to the Percy Jackson books than the films that came before it.

The musical was only on Broadway for a limited sixteen week run, and was set to tour the US in the 2020-2021 season. While we wait for theatre to fully return, I thought I would take a shot at casting my own version of the show.

Percy was the hardest role to cast. He never leaves the stage and his character from the books has such a specific sense of humour that the actor needs to be perfect. Chris McCarrell played Percy in both the off-Broadway and Broadway versions of the show and honestly, I’m not sure it can get much better than his portrayal. He manages to tap into the sarcastic humour of a sassy 12-year-old, without having a grating ‘oh, it’s an adult playing a teenager’ quality. Plus, he has a beautiful rock-style belt that reminds me of Roger from Rent.

Annabeth was the easiest person for me to cast. I essentially built this cast around the idea of Lauren Byrne in this role. The clips that Byrne posts on social media proves that she has the skill to tackle the high belts in Annabeth’s solos, as well as an insane ability to riff that I would love to hear her put into action in ‘My Grand Plan’. Byrne’s role as Jane Seymour in Six also proves that she’s capable of playing the serious role in a cast of fun personalities too. I think she’d tackle Annabeth with the grit the role needs.

This role requires the actor to play two very different characters: the nervous, always hungry satyr Grover, and the alcoholic, angry camp director Mr. D. Andrew Barth Feldman’s performance of ‘Anyone Can Cook’ from the virtual Ratatouille: the Tik Tok Musical makes me think he’d be able to pull off both of those roles. Feldman’s acting throughout the song slips between convincingly nervous and frantic, a skill that would be necessary to portray the chalk and cheese personalities of Grover and Mr. D.

Now, for anyone who doesn’t want to know any spoilers for the plot of this show, I advise you to skip to the next casting! Antonio Cipriano feels like the right choice to play the villains of this show, especially Luke who ends up betraying his friends. Luke needs to be charismatic enough for everyone to like him because that’s essentially how he gets away with tricking his friends into becoming a part of his villainous plans. I think Cipriano has that quality. He plays heartthrob Phoenix in the Broadway production of Jagged Little Pill, where he charms his way into a relationship in one song: Alanis Morissette’s ‘Ironic’. I also think it goes without saying that he has a great voice.

Ariana Debose struck me as an obvious choice for this part, mostly because of Charon’s solo ‘D.O.A.’. It marks the musical’s brief segue into disco, and Debose’s role as Disco Donna in Summer: the Donna Summer Musical does nothing if not prove that she’s made for singing disco. Debose’s roles of Alyssa Greene in Netflix’s adaptation of The Prom and Anita in the upcoming West Side Story remake reassure me that she can play all of the characters this role requires. Two characters require such different portrayals. Alyssa Greene is a smitten high school girl facing coming out to her conservative mother, while Anita is the fiery girlfriend of a gang leader. Someone who can convincingly play both can certainly tackle playing multiple characters in a show.

Courtney Bowman is probably best-known for playing Anne Boleyn in the West End production of Six. Boleyn is feisty and sassy, and despite being a lot less upbeat, feisty is Clarisse’s M.O. Clarisse gets her big solo song during a game of capture the flag, which in the world of Percy Jackson is played with swords and god powers. The song features pretty impressive vocals from Clarisse while she fights off multiple opponents. If jumping around and delivering killer vocals as the high-energy Anne Boleyn isn’t proof that Courtney Bowman is ready for the role of Clarisse, I don’t know what is.

Noah Galvin may seem a little young to be playing these older characters, but they’re all immortal so does age really matter? Galvin is such a great comedic actor and he played a gloriously camp Duchess in the off-Broadway production of Alice By Heart that reminded me of how Hades is played in this show. The only reason I was a little hesitant to put Galvin in this role was the lack of singing that the characters have. Galvin has a stunning voice, which is evidenced by his strong performance as Evan in Dear Evan Hansen. Though it feels a shame to only hear it in the ensemble songs, I think letting his acting abilities shine is the way forward in this show. His roles in Alice By Heart and as Ogie in Waitress prove that he can pull off bold choices on stage which I think could help elevate and differentiate between the roles he plays. 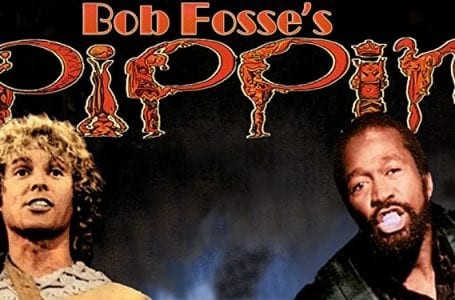