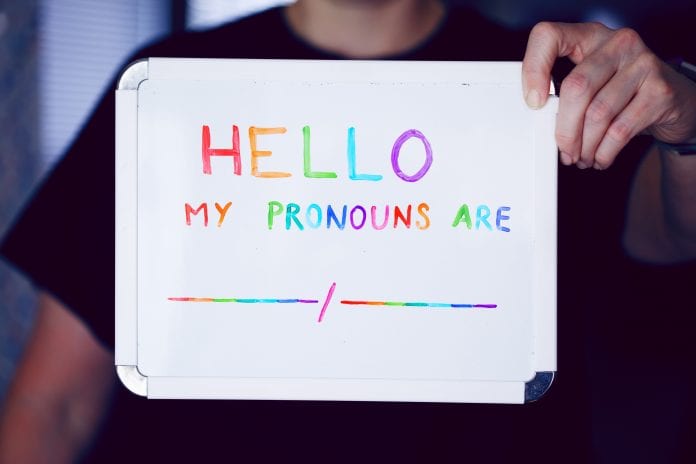 I came out as bisexual when I was seventeen. My sixth form was so small that everybody knew everybody, so telling one person really meant I was telling twenty. For many of them, bisexuality denoted either kinkiness or greed, so their reactions varied from intrigue to a vague sort of disgust. But I was lucky, all things considered. Their reception was mild and my friends accepted me readily (‘We already kind of knew, babe.’). After a while, people completely forgot about it. The process had been smooth. I had come out relatively unscathed.

What no one told me was that you don’t just come out once, but a thousand times in a thousand different ways to a thousand different people. Midway through sixth-form, I decided that I wasn’t bisexual at all but pansexual. A couple of months later, I thought I was a lesbian. Every time my mind changed, I felt compelled to let my friends know. It became exhausting after a while — more a forewarning than an expression of self. It was as though I were a faulty game console that would work well enough to play with but whose battery drained quicker than others or whose screen sporadically glitched. Everyone else seemed so sure of themselves. I began to think something was wrong with me.

By the time I started university, I was practically back in the closet. It was easier that way. Being attracted and attractive to men felt like ticking off a box in a checklist titled ‘How To Be A Good Woman’. It didn’t end well. I would shut down the moment they opened up, hurting either my feelings or theirs. My so-called frigidity became a joke among my straight friends. I never found it particularly funny. Masquerading as a straight woman hindered my growth as an individual. By the time I graduated, I had no idea who I was.

Strangely, it was the you-know-what of summer 2020 that helped me figure it out. I was stuck in my childhood bedroom, faced with all the old versions of myself that I had locked away and forgotten. In my own company, I was not half so concerned about labels. The only thing that mattered was being healthy and happy. I realised my problem was not how I viewed myself but how I viewed others. Switching from bisexuality to pansexuality to lesbianism wasn’t me changing my mind, it was me testing the waters — seeing how gay I could ‘become’ before my loved ones kicked me to the curb. I was so terrified of rejection that I actively tried to facilitate it. Better sooner rather than later, right?

For so long, I had been asking people to love me regardless of my sexuality (while secretly hoping they would love me because of it). But, what happened was this: they simply kept loving me; no more and no less than before. My loved ones had accepted me long before I accepted myself. They offered support in any way they could: a Stonewall mug dug out from the back of a friend’s kitchen cupboard; a rainbow bandana bought by my mum for our dog to flaunt on walks. My first queer friends, some of whom I met on dating apps, taught me how to exist without feeling like I had something to prove.

If labels help you understand yourself, use them. But the moment they start to weigh you down or pen you in, let them go. Humans aren’t machines to be categorised or marketed. There is no faulty or fixed. There just is. Determining your worth based on external validation is as ineffective as quenching your thirst with cough syrup.