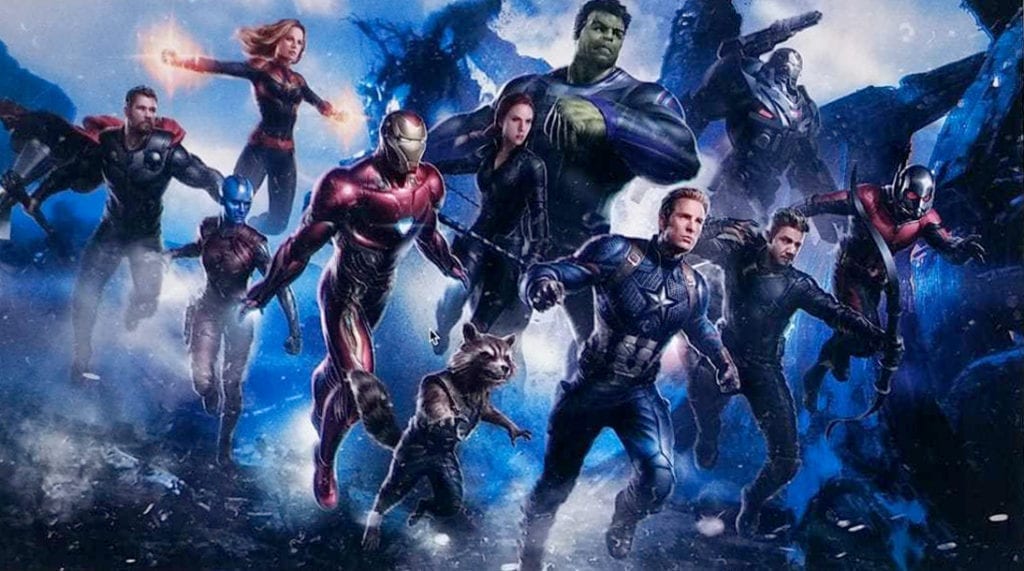 It’s baffling to think that just a year ago, the Marvel Cinematic Universe was left shell-shocked by the events of Avengers: Infinity War and the consequences of *that* snap. A year on, we have reached the culmination of every single second of the previous 21 films released as part of the Infinity Saga, coming in the form of Avengers: Endgame, which seeks to come to terms with the unforgiving ending of its predecessor. Helmed once again by Joe and Anthony Russo, Endgame was billed to be the end of the MCU as we know it, a promise that has certainly been delivered on.

Without going into too much detail, it’s safe to say the plot takes certain paths expected by fans, but it is within some of its twists and turns that the screenplay, written by Christopher Markus and Stephen McFeely, really shines through as something truly unique to this franchise, taking it to places where it has never dared venture whilst equally proving so utterly satisfying. Coupled with the stellar guiding hands of the Russo Brother’s direction, it is hard to fathom just how deftly controlled Endgame is, given its emotional weight as well as needing to seamlessly combine narrative and spectacle, achieving a balance that Thanos himself would truly envy. Again, Alan Silvestri’s score accompanies the journey with a flash of subtle brilliance, utilising the goosebump-inducing, classic Avengers theme to full effect whilst complementing the film’s raw emotion throughout. Visually speaking, the use of darkness, so often-maligned in the MCU, finally matches up to the film’s themes, reflecting the emotion and highlighting its high-stakes nature.

Throughout the MCU, fans have come to expect a certain level of tongue-in-cheek humour that tends to give the films an edge over their DCEU counterparts, and rather surprisingly, Endgame is no different. Since Ragnarok, Thor’s humorous side has shone through and established him as one of the franchise’s truly funny characters, and in Endgame, combined with Rocket, Hulk, Iron Man, Cap and particularly Ant-Man, the humour that plays such an integral part in these films is never relinquished in the face of such doom, providing moments of sheer belly-laughter that enables a brief escape from the relentless tension and emotion. Despite this humour, however, there is still no way of curtailing the omnipresent feeling of grief that Endgame imposes, merely subsiding it briefly. The effect of the snap on our heroes and the world around them is unmistakable, with desolation and despair manifesting itself in various forms throughout. It is truly reflected in the overt desperation rooted in every word, decision and action on the Avengers’ quest for retribution that the moniker “whatever it takes” used so frequently in the film’s marketing rings true, demonstrating their grief and desire for justice.

It’s rare that the acting performances in the MCU get a great deal of the plaudits, but in a film full of so much emotion, it’s another way in which Endgame is able to transcend the boundaries of a typical blockbuster. Given the tragic demise of Peter Parker in Infinity War, the impact on Iron Man/Tony Stark is apparent, and Robert Downey Jr. taps into this to make Endgame his outright best performance in the MCU, combining his usual flair with grief and bitter hatred to demonstrate just how far this previously narcissistic, womanising billionaire has come across the MCU’s ten-year arc. Captain America/Steve Rogers, so often the voice of reason, cocoons himself within a tough exterior that masks his pain, with the constant struggle he faces being the leader of the Avengers exacerbating this, but mostly, the reigniting of his chemistry with Iron Man, coupled with him taking a more humorous angle, makes this a different yet welcome performance by Chris Evans. Much like in Infinity War, however, it is Chris Hemsworth’s Thor who is most overcome by grief, anger and failure, punishing himself for failing to kill Thanos and spiralling into a state of apparent disrepair, where Hemsworth’s charming exterior is penetrated by unfiltered and uncontrollable emotion, and certainly his best outing in the MCU. Johansson and Renner equally turn out their best MCU performances, their characters Black Widow and Hawkeye being given new emotional depths to explore respectively, demonstrating vulnerability and a weakness previously unseen. In all honesty, there isn’t a bad performance in the film, with every character seizing their respective moments in a number of different ways, all bound by one goal: avenging.

When one is so emotionally invested in a franchise such as this, critiquing a film of this magnitude can be an insurmountable task, given a certain level of bias so hard to ignore. Critics not so invested as myself may be able to accuse Endgame of too easily pandering to fans, but find me any true fan of the MCU who doesn’t find some of the surprising elements of this film to be utterly satisfying. If there is one word that perfectly describes Endgame, it would be: poetic. The culmination of the 10 years and 22 films that have led to this point in time are so wonderfully acknowledged and tied together, creating a 3-hour epic so relentlessly enjoyable yet beautifully affecting that it will define a generation in a way that only The Empire Strikes Back could boast.