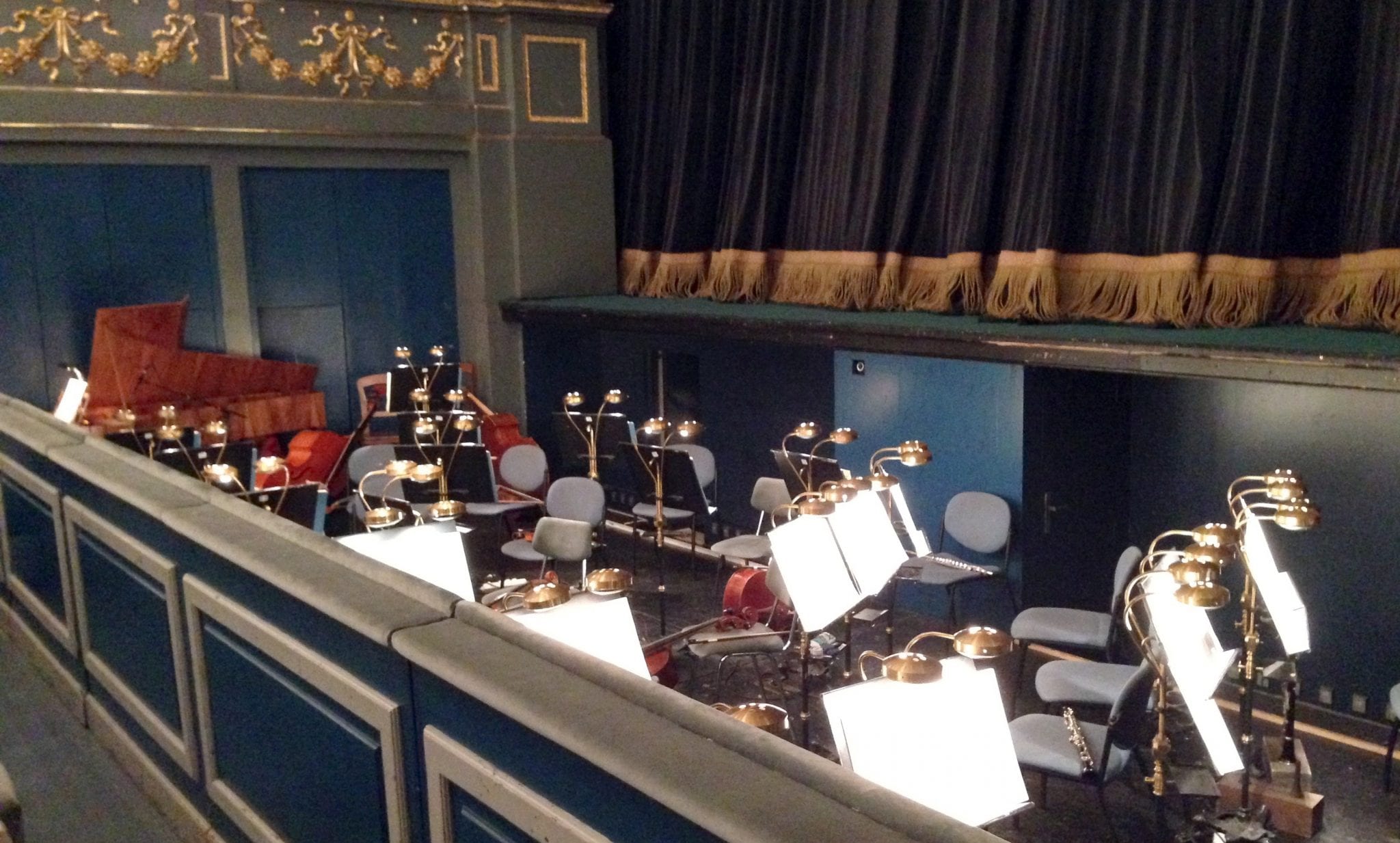 Andrew Lloyd Webber positions himself as a champion of theatre. The Cats, The Phantom of the Opera, Evita, and Jesus Christ Superstar composer has provided funding for music education in schools, made several performance recordings temporarily free during the COVID-19 pandemic, and volunteered for vaccine trials to forge a future for theatre.

With Lloyd Webber’s Cinderella set to debut and The Phantom of the Opera lined up to return to the West End stage, his work is at the forefront of post-pandemic theatrical entertainment. It is hard not to be heartened by the energy he displays and the normalcy almost in sight — and rush to book tickets.

However, the return of The Phantom of the Opera — Webber’s longest-running West End production — has brought some consternation to those behind the scenes. Last week, it was announced that the orchestra has been cut almost in half, mimicking the touring musical arrangement rather than the West End or Broadway full instrumentation. Now, those who go to The Phantom of the Opera will hear no live percussion or harp, and the remaining instruments will be backed up by keyboard recreations. Like the onstage performers, the pit musicians were released from their contracts with an option to re-audition when the show was scheduled to re-open, but thirteen of the original twenty-seven slots no longer exist.

Musical theatre might draw in crowds with classic stories and marquee-heading stars, but they depend heavily on strength of their orchestra. These musicians play eight shows a week on the West End and Broadway stages, where many of the onstage stars perform six or seven with rotating understudies. This does not mark the pit musicians as more valuable than the singers and actors, but highlights the absurdity of reducing a team who are so integral to the experience. This decision puts quality below cost, leaving trained musicians high and dry at a time when their futures are already uncertain.

Of course finances are a concern. The pandemic has seen London’s theatre industry lose over £200 million. But The Phantom of the Opera is a wildly lucrative show practically assured to turn a profit, led by billionaires Lloyd Webber and producer Cameron Mackintosh. Perhaps the latter — who heads other hit productions like Les Misérables and Hamilton — has more to do with these changes. Similar cost-cutting, streamlining strategies were being put in place at Les Misérables as early as 2004, with electronic orchestrations replacing band members and projections replacing the sets. Are these latest measures with the orchestra motivated purely by post-pandemic financial strain, or by a broader money-making scheme that lines the pockets of producers at a time when creatives find it increasingly hard to get work?

A similarly sinister battle in the name of economic survival has taken place at New York’s Metropolitan Opera. Like many Broadway and West End companies — and at odds to Europe’s major opera houses — the Met is funded entirely by private donations and tickets sales. The company laid off the entire orchestra on 31 March 2020, allowing their members to file for unemployment, forcing many to leave the city after months without pay. While performers have been proactively working with scientists to examine airflow and exhalation generated by opera performances, the Met has been waiting it out until a planned full return this autumn

To make matters more bitter, the Met has demanded pay cuts up to 30% from the orchestra and stagehands that would continue after the opera reopens, even going so far as to threaten locking the set construction crew out of the house. Animosity between the Met Orchestra Guild and the opera’s management, helmed by Peter Gelb, grew as the opera launched a series of ‘Met Stars Live’ concerts. For these, the opera hired skeleton crews and accompaniment to support live broadcast recitals by star soloists. While some performers sang to only a pianist accompaniment, the fact that non-union ensembles performed under the banner of the Met Opera rubs salt into the wounds of those who have been left behind. While the Met Orchestra musicians recently agreed to return to the bargaining table in exchange for temporary cheques, a solution is not yet in sight.

These musicians play every night that the opera is open, sometimes a matinee and an evening performance, as well as gala concerts and the summer ballet series. Each show is different — each opera may only be performed once or twice a week in rotation with other productions to allow conductors and vocalists a rest period. The orchestra is the one constant. Without them, the show could not go on. It is hard to overlook the stubbornness of a company that enforces long-term pay cuts on a vulnerable workforce while championing its brand. With the recent news about Lloyd Webber’s longstanding flagship, an era of art fuelling profit for profit’s sake feels terrifying and inevitable.

Local and international audiences will flock back to theatres in pre-pandemic numbers when it is safe to do so. The longer-term threat is a theatre industry that values cost-cutting over artistic integrity and leaves the creatives it has fostered without a job. Even if many audience members do not go to the theatre to ‘see’ the orchestra perform, replacing harps and drums with electronic sounds fundamentally changes the texture of live sound and devalues the talent behind the original, beloved music. Once an award-winning, audience-pleasing show or a world-class performance venue is stripped to its bare minimum, what does that say about how those creatives whose work is offstage yet essential are valued?

If the UK theatre scene values profits over its artists, hollowly recreating its once-prized experiences, the West End may lag behind the rest of the world or set a precedent for similarly cheapened shows elsewhere. It will take some time to tell for sure how different the new sounds on our stages will be, as other shows have not yet announced any changes and Cinderella has been created under pandemic conditions. The rumblings of change, however, are disquieting.