I walk with Owen Jones to Oakes Barn – Bury’s newest real-ale pub – and, surrounded by the watching eyes of the townsfolk, he begins to divulge his plans to rejuvenate the British left. Sipping their drinks all around us, the locals aren’t quite sure of what he’s going to say. I’m not sure I am.

I’ve just been to see his talk at the Apex, in which he denounced the social injustice of the Tories to an audience of “depressed Labour voters”, and explored the ways in which the left might “organise” to take back its seats. There’s a certain hopelessness to such a noble quest in this town, and as he wryly remarks, “this feels a bit like a support group.” It’s got a very angry vibe for that, but he is greeted with such hysterical applause and an atmosphere of unity that I want to wring his hand and confide – “hello, I’m Tony, and I’ve never voted Conservative.”

Nevertheless, the leftist rhinoceros strides into the town of the poachers with a certain imperviousness in his step. This is a man in high demand, and one who continues to take chunks out of the Tories from the pages of the Guardian and the panel of BBC Question Time. He confesses that he’s shattered from travelling all around the country talking at events like this – winning people over and dirtying the veneer of the ‘Establishment’ he derides in his most recent book – but that’s not obvious from the vigour of his speech. The rather large hole in the top of his jumper goes unmentioned – a sign of his endless travelling, or perhaps just his socialist roots.

Even settled on a pub stool, pint in hand, he’s no less impassioned. I begin the interview by exploring his central idea – that the disproportionate influence of the City and the media on politics is undermining our democracy. He wants people to be angry about it, and he wants them on the streets campaigning. I first put it to him that the sort of direct power bankers have is emulated in the way that campaign groups can put governments under pressure to act. I’m arguing that both sets of people have their own interests, but financiers are just better at being heard. He, unsurprisingly, doesn’t see it like that. “I think that all people, regardless of political persuasion, would see protest as a fundamental right of people in a free democracy” he counters. “The difference with the sort of groups I’m talking about is that they have pernicious influence behind the scenes, they’re unaccountable. A protest group – all that’s trying to do is persuade people, trying to win an argument.”

It’s clear that Jones sees the world in a very binary way. He’s not interested in working with people in power to achieve his goals, he wants to use direct action to force points onto the table. “The government will only give in if public opinion is sufficiently strong”, he argues. “Take tax avoidance. An issue like that can languish on the fringes of debate unless people make it a priority.” It’s this strategy which generates his iconic us-versus-them tone – it’s a belief that the institutions of power are inherently corrupt and that only people involved in campaigns can make a true difference. He cites the poll tax riots as an example of how people have gone about their protesting. It’s refreshing.

On issues of gender and racial inequality, Jones doesn’t think Westminster is ever able to enact positive reform without the help of the public. “If it wasn’t for protest groups, we’d still be living in a deeply racist, homophobic, misogynistic society”, he claims. I’m not sure that’s true, and I ask about his view that parliament should be fully demographically representative. I suggest that just because parliament has a disabled MP, issues related to disability aren’t necessarily more likely to be addressed. Alarmed at this, he furrows his brow, quickly gulps his drink and cuts me off – “of course they are. If it’s a lived experience of yours, if you’ve felt the issues yourself that disabled people face, then you’ve got an insight that will never entirely be felt by other people who aren’t disabled.” I’m now feeling the sort of disparagement he usually reserves for members of the cabinet.

“Even if my local candidate was a working class, gay, black Tory, I still wouldn’t vote for him – because he’s a Tory”

It’s an interesting view, and although it sounds like an uncontroversial one, it does strike to the very heart of what we think it means to have a representative democracy. It’s not only political representation we need, but a representation in physical terms of every minority group. It chimes with what he says about minority protest groups – that small groups of voters will never have their interests recognised unless they take to the streets. He’s locked into an understanding of politics that every person is self-interested to the point that the tyranny of the minority will always out, and sees the status quo as a corrupt system that needs constant and direct correction by the population. That’s not necessarily untrue, and while it does fuel the age-old leftist rhetoric that the government is a racket of the rich, in some areas he’s almost certainly got a point.

“Even if my local candidate was a working class, gay, black Tory, I still wouldn’t vote for him – because he’s a Tory” Jones concedes, “but demography is not unimportant”. He sees it as an indicator of a wider problem –“obviously I’m not saying it’s all about identity politics, that if we had more women and black people it’d all be OK.”. He goes on to stress that truly it’s policy that forms his political opinions, not party division. He talks about housing, wages, women’s rights, and other issues he feels haven’t been explored enough by the careerists in Westminster. The point he’s getting at is that there’s a correlative but not causal link between the two, that “unless there are more women, more BME people, more working class people in the House, issues that affect large portions of society just aren’t going to be properly addressed”.

He pre-empts my next question and brings us onto all-women shortlists. He blames the under-representation of women in parliament on “societal attitudes” which create a misogynistic political system, and I ask him how he thinks the AWS system combats sexists. “They don’t, necessarily,” he says, “they’re an active and direct way of addressing the sexism that exists”. It’s a powerful way of presenting that argument – many struggle to justify AWS on the basis that they make people less sexist, and they usually fail.

I run the standard opposition line, that they patronise women who are completely deserving but for whom the shortlist is demeaning, and he again sets me straight. “They don’t make people less sexist, but they form a direct opposition to the sexism – they’re a force which makes up for the favour towards men.” He raises his fists against each other between us, showing how the forces of institutional sexism and active shortlists can fight each other. It’s once again clear that he’s most interested in direct and concrete protests, rather than ways of changing attitudes. He wants people to campaign to meet the issue with force.

Unless there are more women, more BME people, more working class people in the House, issues that affect large portions of society just aren’t going to be properly addressed

My experience of Owen Jones was a hugely heartening one. He radiated the hope that he asked people in his audience to try to find. He wants to make changes to the world through direct action, through campaigning and by getting to real people in their Tory towns to convince them over a pint that their preconceptions of incremental change are illusory. He thinks there’s a tyranny of the minority, and he wants to harness the majority to take that power back. It’s all very Marxist. I left with a sensation that there’s real opportunity for the people of Bury to challenge their oppressors – by stepping completely away from government and by acting solely with each other. Then I paid my fare for my public bus on the way home, and wondered if I was just part of the Establishment after all.

This interview was originally written for Bury Spy, a hyperlocal online news service. 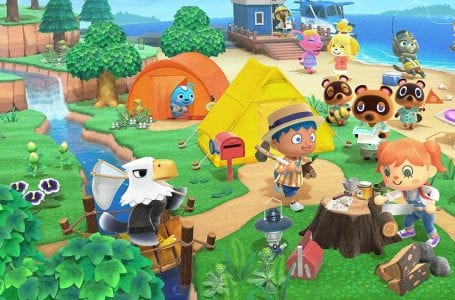 Still No Vaccine for Sexism in the...