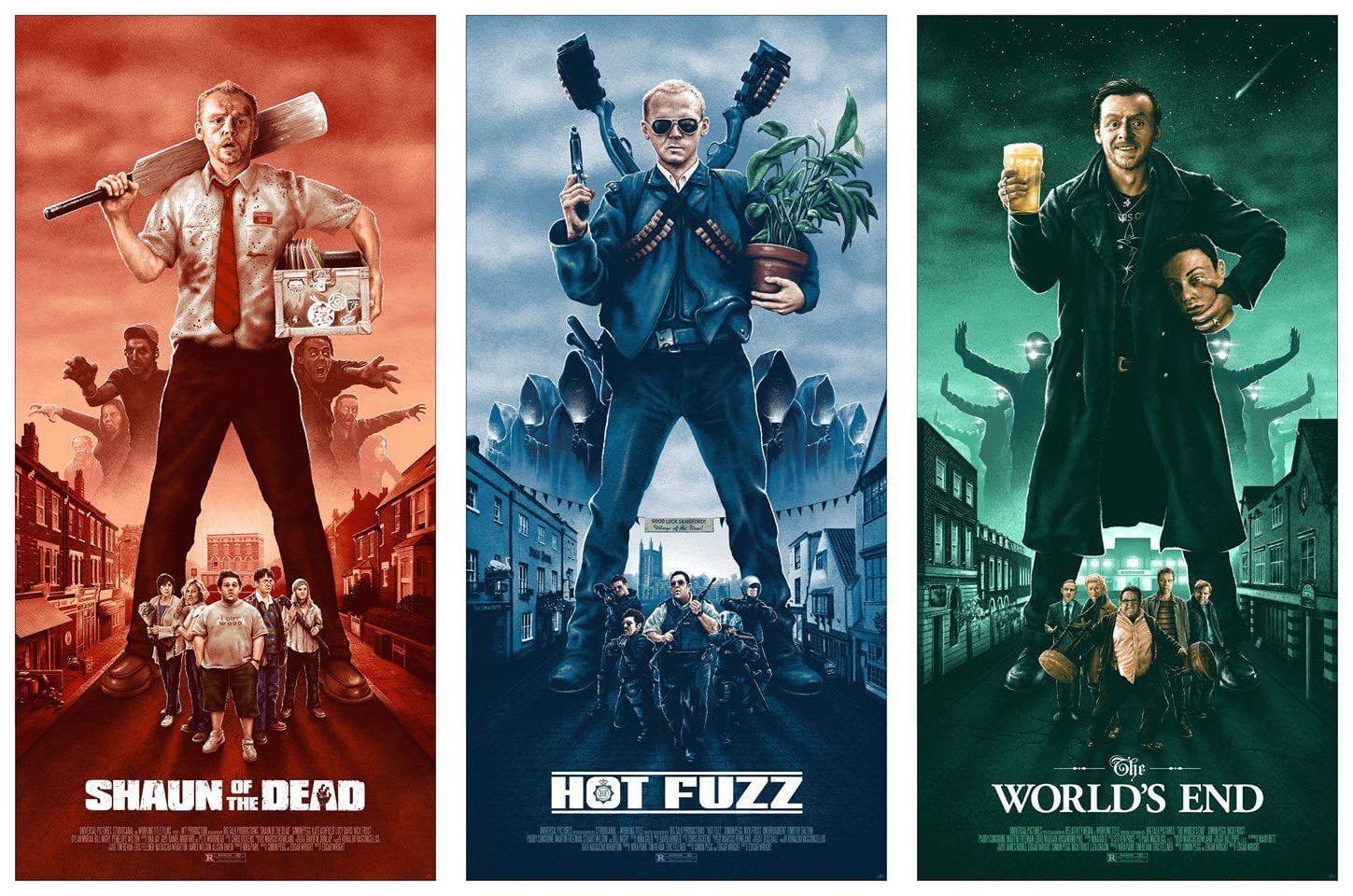 All we see at the minute is doom and gloom in the news. Warranted fear and anxiety surrounding COVID-19 is reaching crisis point and it seems most of our days are going to be spent indoors. We previously brought you a list of some films to avoid whilst in isolation, but I thought it might be nice to recommend a few of the best film trilogies out there that will be perfect to spend a day with, whilst you’re all inevitably struggling to decide how to spend your many hours stuck inside.

Director Steven Soderbergh’s Ocean’s trilogy may well have peaked with its first entry, 2001’s Ocean’s Eleven, but that doesn’t stop its two sequels from being wholly satisfying and relentlessly entertaining films. With constantly stacked casts featuring the likes of George Clooney, Brad Pitt, Matt Damon, Julia Roberts, Casey Affleck, Don Cheadle and even Al Pacino in Ocean’s Thirteen, these high-stakes heist movies have the perfect blend of tongue-in-cheek fun and well-crafted set-pieces that make them a really easy back-to-back watch.

One of the beautiful things about Robert Zemeckis’ iconic Back to the Future trilogy is that it makes you nostalgic for a time that you never even lived in. This time-travel-centric trio of films boasts lush colour palettes, slick, vibrant costuming, glorious use of music and is just effortlessly cool. Travelling through time with Marty McFly and Doc Brown as they flit between 1955, 2015 and 1855 throughout the trilogy is tremendous fun and never fails to leave a lingering feeling of triumph as it concludes.

Quite simply, the most beautiful trilogy of films ever made. Peter Jackson’s adaptation of J.R.R Tolkien’s seminal novels are made with so much care, dedication and passion and the resulting merits of the films speak for themselves. The trilogy’s third and final entry, Return of the King, produced a clean sweep at the 2004 Oscars, with 11 wins still the joint-record for the most ever won by a single film. These films are filled with jaw-dropping visuals, stunning music and some of the best set-pieces ever created for cinema. They are three utterly feel-good, tear-inducing pieces of cinematic perfection that you can’t help to fall in love with. Plus, if you watch the extended editions, then you’ll kill at least 12 hours of your day revelling in Middle Earth escapism, what more could you want?

Okay, so by comparison, The Godfather Part III really isn’t that great compared to the first two, but stick with me. There is a reason why so many people list either The Godfather and The Godfather Part II as potentially being the greatest films of all time, because, simply, they are two of the greatest films of all time. The first two films are masterclasses in acting from some of the greatest ever to be in front of the camera, Marlon Brando’s Oscar-winning performance as Vito Corleone in The Godfather, Al Pacino as Michael Corleone throughout and of course, Robert De Niro’s sensational, also Oscar-winning turn as young Vito in Part II. They are masterfully directed by Francis Ford Coppola and the screenplays are wonderfully written by the original author of the novel Mario Puzo and Coppola, creating an epic gangster odyssey that will always stand the test of time. Again, they’re also very long, clocking in at about 9 hours to complete the trilogy, so why not enrich yourself with some of cinema’s greatest achievements? And Part III.

Superhero films have always helped people in dark times escape reality and offer them moments of triumph and jubilation. Although many attribute Nolan’s Dark Knight trilogy to being the grittiest, darkest take on the genre, Nolan’s visions of Gotham and the resilience of its people is exactly the kind of spirit we should all be encompassing right now. Equally, the trilogy features incredible performances: Christian Bale is stunning as Bruce Wayne/Batman throughout, capturing his inner-torture perfectly but nobody can forget Heath Ledger’s all-timer performance as The Joker in The Dark Knight, cementing himself in cinematic history in the process. Hans Zimmer’s bombastic, pulsating score lifts each film with now-iconic pieces of music and the trilogy’s epic conclusion The Dark Knight Rises, rounds the story off poetically. It also features Tom Hardy with a funny voice wearing a pretty timely-looking mask, so if that doesn’t entice, I’m not sure what will.

Whilst the Simon Pegg and Nick Frost-starring Cornetto Trilogy isn’t a continuous story, these three Edgar Wright-directed films represent the best of British humour and contain quite a lot of very relevant themes. Shaun of the Dead, Hot Fuzz and The World’s End (maybe not the best title for right now) are boundlessly entertaining, insanely rewatchable, side-splittingly funny romps that are the perfect tonic to all this doom and gloom. Whilst their solutions to any world-ending problem mostly revolve around going to the pub for a few lovely pints, Pegg and Frost issued a rather hilarious public service announcement yesterday that uses the plot of Shaun of the Dead to help us navigate these very strange times- https://twitter.com/simonpegg/status/1240684489682149376.