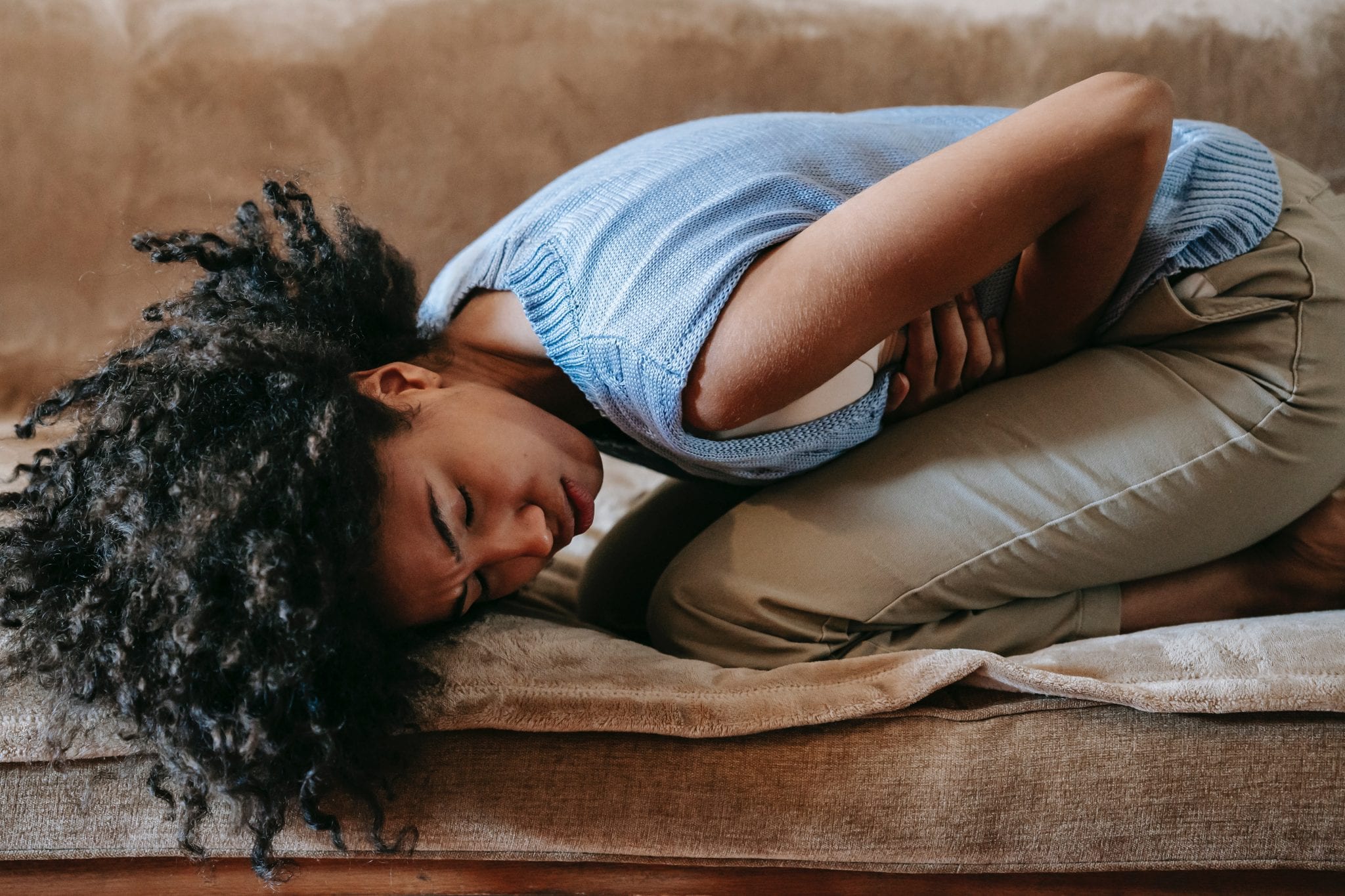 Women speak out about the rare and widely misunderstood condition which is Premenstrual Dysphoric Disorder.

The disorder is so severe 15% of those with PMDD have attempted suicide, and some young women affected are opting for hysterectomies.

Although Lynsay had been living with the condition for 22 years, she was only diagnosed 18 months ago.

“ I once wrote a list of over 20 symptoms” she recalls. The worst symptoms were monthly feelings of: “Drowning in inexplicable grief, like an intense bereavement. Madness like my brain was unravelling, so much so that I would question my own sanity. An overwhelming sense of trauma and sadness that floored me. Despair, and hopelessness, sometimes with passive suicidal thoughts; an intense feeling of shame, guilt, and complete worthlessness.”

Lynsay’s rage reached a frightening intensity, “ It is such a profound inability to function that I started being unable to make it to my work, to parent, to hold a conversation, to do anything other than sometimes breathe.”

“ Even now it has never failed to amaze me how the symptoms would completely vanish when my period started, Within the space of hours I could return to being a functioning, happy, productive person.”

The mum of one had various bouts of counselling over 20 years, with countless trips to her GP without ever knowing what was wrong with her. “ I’ve lost count of the number of times I’ve googled ‘do I have bipolar disorder’.”

According to International Associating for Premenstrual Disorder, there is evidence to suggest women and AFAB individuals with PMDD are commonly misdiagnosed with bipolar disorder.

Similarly, Lydia Blackmer, 30, has been struggling with PMDD since she started her period at age 13 and finally felt relief after taking an SSRI which is typically used as an anti-depressant. “ I had never taken any type of psych meds before; I had grown up with a general fear/distrust of them – but by the time I was at this appointment I was willing to do anything. It was getting that scary.”

“ Before I knew what was happening, I thought I was just a failure of a human and that my intense feelings were a sign of my inability to cope or make good decisions”

“ Unfortunately, it turns out that those very difficult feelings take up about half of every month and I have not been able to know who I am as a person since I was 12” she says.

Likewise, Lynsay also reported having symptoms for almost three weeks every month. “ It is only now that I know more information about it that I know the PMDD deteriorates as you age, or after significant hormonal events such as pregnancy or stopping breastfeeding,” Lynsay says.

One of her coping strategies was based on keeping her home life with her husband as healthy as possible. “ We made a ‘survival chart’ which was colour coded like a traffic light system and stuck it up on the wall,” she says. The colour chart reminded Lynsay and her husband what to expect when each phase of PMDD hit, and how they could survive it. “ The main things that have helped me being as open as possible with my husband and family, seeking support from the wonderful online PMDD community.” she recollects.

“ I’d love to say that there is a golden nugget of advice to share but in all honesty, it is hard, so hard, and sometimes all you can do is keep breathing until the PMDD episode clears.”

In the same way, Lydia’s husband realised that the recurrence of all these symptoms was linked to her menstrual cycle. “ He watched me sink into these pits of real despair and just completely uncharacteristic anger. It was truly like he was married to three different people and had to treat them all differently” she says.

The main turning point for Lynsay was being put forward as a candidate for surgery after starting a trial of a chemical menopause to see if shutting down her ovaries would help. “ I have had a totally different life post-op; a long stretch of mental stability and this has helped us all get through the lockdown” she adds. “ I can support other people again, rather than just keeping myself alive.”

Although she now recognises herself mentally, she does not recognise herself physically – from an increase in weight gain and her skin appearing different. Lynsay elucidates her recovery process from her surgery has been very hard because of the “ messy trauma to process.” However, despite all these things, she describes the surgery as a gamechanger for her. “ I am confident that with a bit more time I can get fully back on my feet and move forward with my life. “

“ PLEASE HANG IN THERE, 1 in 3 people with PMDD attempt suicide. It is exhausting, it is awful, and it feels like a dark tunnel with no end. But there is something or someone out there who can make a difference to your life” she warns.

Lydia explains starting the SSR pill changed her life “ I am not afraid to engage in conversations with people, I am not immediately trying to get away because it is too hard to pretend. I feel like I may be able to find out just what I am capable of, maybe I will return to study, maybe I’ll be able to make and maintain friendships.”