The Watermill Theatre has announced an extension to its productions of Camelot (now running from 17th August to 6th September) and The Hound of the Baskervilles (running from 29th July to 5th September) after the original runs sold out within twenty-four hours of ticket release. The small, rural theatre – converted from an old watermill in the 1960s – has been able to stage outdoor performances thanks to its extensive gardens, where audience members are seated on socially distanced tables of up to four people.

The Hound of the Baskervilles, with just James Mack (The Rivals), Rosalind Lailey (Sonnet Sunday), and Victoria Blunt (RSC’s A Christmas Carol) playing every character, is a new and comedic take on the original story, devised by the Watermill company. The production has thus far received rave reviews, with the Telegraph describing the show as “a frolicsome spectacle of heavenly delight”, thanks to director Abigail Pickard Price. Furthermore, the Telegraph observes that the necessary adaptations to maintain social distancing “only adds to the fun” of the “riotous” adaptation.

Camelot, a concert version of the original Lerner and Loewes musical, stars Olivier Award winner Michael Jibson (Hamilton) as King Arthur, Caroline Sheen (Crazy For You) as Guinevere, Marc Antolin (Little Shop of Horrors) as Lancelot, and Peter Dukes (Assassins) as Mordred. Productions of the Tony Award-winning show traditionally feature an extensive cast and full orchestra, but for obvious reasons the Watermill has had to reduce this, instead casting actor-musicians – a common feature of the theatre’s productions.

The Watermill has also made an effort to cast recent graduates, such as Damien James (playing Sagramore), who graduated in 2020 from Rose Bruford College with a BA in Actor Musicanship. Paul Hart, both the Watermill’s Artistic Director and director of this production of Camelot, noted in an interview with Broadway World that the current climate is a “tough time” for both recent graduates and established actors.

Despite the normalcy of new productions at the Watermill, the theatre is keenly aware of current restrictions. The concert version of Camelot allows performers to remain more static and maintain social distancing, and the stage of The Hound of the Baskervilles has grid markings so that the performers are conscious of how close they are to one another.

As well as recent performance success, the Watermill has also seen triumph in its fundraising campaign. On Friday 24th July, the Watermill raised a “staggering” £44,653 through The Good Exchange and the maximum of £10,000 in double match funding from the Greenham Trust. In response, the Watermill stated: “We are resolute in our ambition to resume activities, provide an exceptional outreach programme and create brilliant shows that will entertain, involve and inspire you – we really can’t wait to welcome you back”. 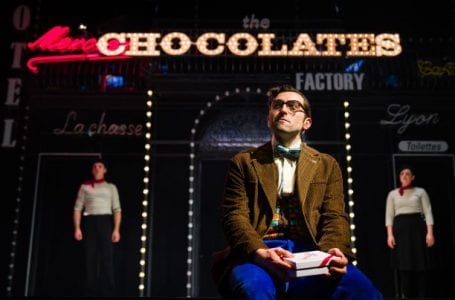