After the initial brainwave which leads Sophia to start an online retail outlet for vintage clothing on eBay, her confidence suffers a knock and in this episode she desperately tries to  source items to sell, foraging through a deceased old lady’s estate in a quest for designer garments to sell on her store.

Whilst all this is going on, Sophia discovers the lump which appeared on her hip at the end of the first episode is a hernia, and of course, she doesn’t have health insurance (that would be too convenient, right?). Tempted by the offer of insurance after a fixed period of employment, Sophia takes up a security position at the Academy of Art University, where she works alongside the overly-friendly but well meaning Rick (Norm Macdonald).

Rick: “You’d think it’d be easy to tell the difference between a homeless guy and an art student. It’s not.”

The position of the hernia lends itself to some funny slapstick scenes; in fact the hernia becomes an apprentice in crime, helping Sophia to get away from a security guard in a bookstore after she has been caught shop-lifting. But the thing about slapstick humour is it gets boring quickly, dragging the episode out for longer than it needs to go on for.

Verdict: We get it. Sophia’s life is really difficult. The American healthcare system is ridiculously expensive. Let’s move on now… 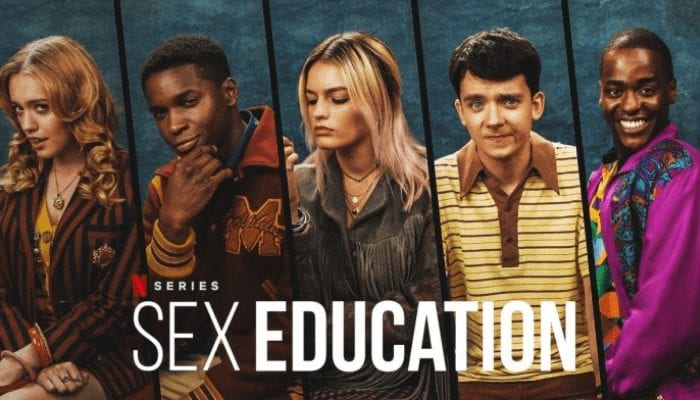 Series Three Of ‘Sex Education’ Is On...