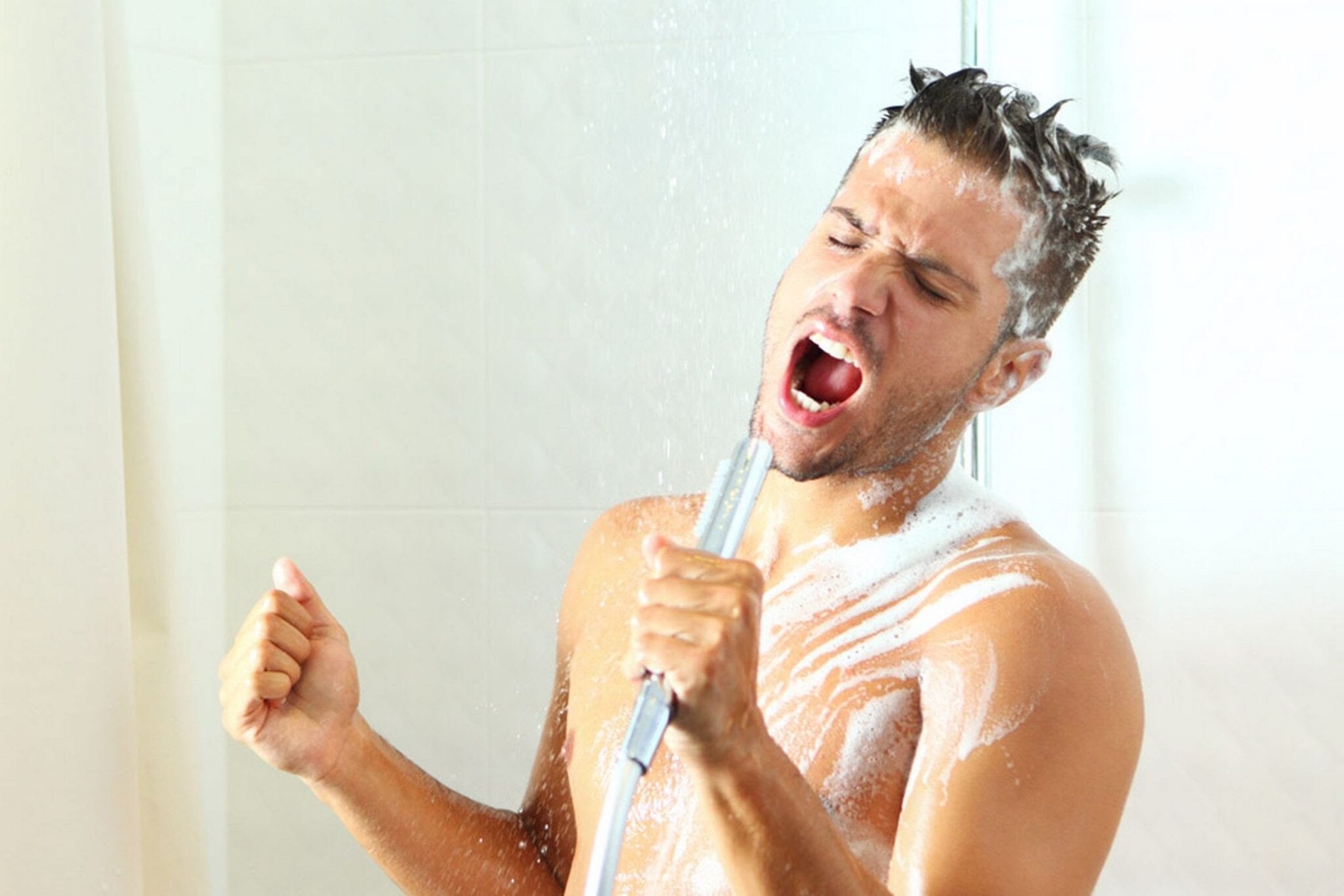 Singing in the shower is one of the great joys in life. It doesn’t matter who you are – you could be a world touring opera singer or not even able to count a 4/4 beat – but we all know you’ve had a little jam session in the shower. Picture yourself, shower head in hand as a microphone, doing a little boogie and trying not to slip. As the water hits the floor and makes an echoing sound, it’s basically the same as applause, right? With no one to hear you, you can release you inhibitions and pretend you’re Beyoncé or Whitney. As you hit those high notes, you can end up convinced that you actually sound good – and, believe it or not, there’s actually a scientific explanation as to why this is.

Your shower works as a personal sound booth and does three main things to your voice: it increases volume, adds resonance and reverb. Everything we hear is created by sound waves – every crash of glass, every splash of water and every sound that comes from your mouth. These sound waves travel until they hit something – which, in the space of a small enclosed shower, happens fairly quickly. The tiles in your shower are smooth and hard and because of this, they adsorb very little sound. So, before the noise dies away like it would normally, it gets bounced back towards you. Although a loud voice is not necessarily a good one – something everyone knows thanks to that one kid back in your Year 6 school play – this gives the impression of a powerful and strong voice. After all, we all know confidence is instrumental in a good performance.

Secondly, your shower acts as a resonator. This means that due to the structure of the shower certain frequencies get enhanced. In a normal shower the frequency is 100 hertz, around average for a bass guitar. Because of this, in the shower your voice sounds deeper than it actually is – 100 hertz is already low in our vocal range – giving your voice a strong, rich quality. It looks like Meghan Trainor was right – it really is all about that bass.

Thirdly, because your shower is most likely a cuboid shape rather than a cube, some sound waves have to travel further before they bounce back to you. Essentially reverb is lots of echoes, but the echoes in a shower are a lot closer than those in a cave and therefore the echoes occur all in one go. The reverb smooths out the pitch of your singing, blurring out bum notes and wobbly vocal wavers. Most karaoke equipment adds electronic reverb for the same reasons – it can make you sound a lot less terrible than you actually are.

So there you have it, the secret to shower singing success: volume, resonance and reverb. It’s important to note that these techniques won’t work as well if you have a shower curtain, or particularly soft tiles. And just a little tip, it doesn’t matter how much you sound like Mariah Carey in the shower it just won’t sound the same outside. Plus, it’s worth remembering that anyone listening from outside the shower can hear exactly how out of tune your wavering voice is. With that in mind, maybe just keep your shower concerts for when you’re home alone, yeah?