A relationship between a teenage girl and an adult man is always going to be an uncomfortable subject to portray in film. But writer, director and lead actress Suzanne Lindon treats the central relationship in Spring Blossom with sensitivity and uncomfortable awe.

The fact that Lindon was a teenager when she wrote the script is incredibly clear—something I intend as a compliment. Despite its premise being not relatable to most, Spring Blossom captures the teenage experience in an all too painfully realistic way. Though niche in focus, its emotions are universal.

From the very beginning, the autobiographical lead character Suzanne does not fit in with her peers. This is made obvious through various uncomfortably awkward scenes of her struggling to make conversation with those around her. We’ve all been there. It’s a classic coming-of-age film trope—one I think most people have been drawn to at some point in their life. But Spring Blossom still manages to stand out from other films like it by its subtle aversions to clichés. There’s no absurd friendship drama, Suzanne’s family seem to actually like each other, and even the soft beige tones that usually overlay this genre has been swapped for a gentle pink. In other words, it’s a breath of fresh air.

But where it’s not borrowing from coming-of-age films, Lindon has clearly been influenced by those who came before her. The naturalistic and clumsy dialogue, awkward silences included, is reminiscent of the French New Wave, and several New Wave–esque jump cuts throughout the film create a nostalgic atmosphere. But there’s a decidedly modern feel to it and it almost seems like it could be taking place anywhere.

In terms of plot, there isn’t a huge amount going on but it’s captivating throughout. We mostly follow Suzanne’s daily life as she slowly builds up her obsession and relationship with Raphaël, the mysterious actor she meets, or stalks, outside of a theatre in Paris, where it seems that he’s performing the dullest play in existence (and pretending to be a tree for reasons even he doesn’t understand). There are two delightful moments in the second half of the film when the two leading parts perform a dance sequence together; they both come completely out of nowhere but I couldn’t look away. Most of their relationship, and all other relationships in this film, are very much found in what’s not being said, and all actors within the cast masterfully succeed in portraying real people in their silent actions. However, the ending is a little abrupt. It seemed like there was more coming, with a build-up of emotional scenes, family bonding (there’s a very sweet scene where she dances with her mum), and even Suzanne meeting Raphaël’s co-workers in a wittily uncomfortable night at a bar. Many scenes appear to be building up to what transpires to be nothing.

Irregardless of the age gap, Suzanne and Raphaël make a convincing depiction of those awkward teenage relationships—even if he is supposed to be thirty-five. They bond over their discontent with the worlds they find themselves in and share those very surface-level discussions we’ve all had at least once with someone we fancied, yet had no chemistry with.

Spring Blossom is ultimately a likeable film, in which Suzanne Lindon plays an endearing teenage girl that you want to follow on her journey through first romance. The film flies by without ever sagging in pace, even if it does fall into the coming-of-age convention of having no particular plot. But it never meanders: Suzanne Lindon clearly knew exactly what she was setting out to achieve with this film, and she did it. It’s clear that her career is clearly only just getting started.

Spring Blossom is available on Curzon Home Cinema from 23 April. 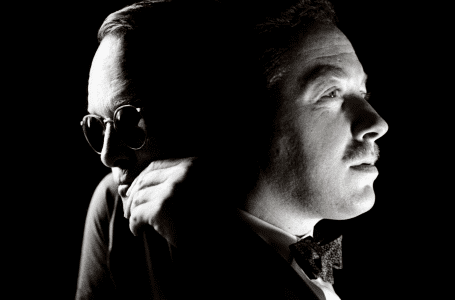 ‘Truman & Tennessee’ Is An Intimate Look...