In a month’s time, Star Trek will be getting its first explicitly transgender and non-binary characters. The Sci-Fi franchise is again about to boldly go where no man has gone before.

The third season of the popular series Star Trek: Discovery will star trans actor Ian Alexander (The OA and The Last of Us Part II) and newcomer actor Blu del Barrio. Ian Alexander will play the transgender character Grey. Grey is an empathetic, warm person eager to fulfil his lifelong dream of being a Trill host. Meanwhile, Barrio will debut as the non-binary character Adira, who is described as being highly intelligent and confident. In an interview with GLAAD, they revealed that getting this role inspired them to come out to their family.

They said, “When I got the call that I’d been cast as Adira, I hadn’t yet told the majority of my friends and family that I was nonbinary. I had only recently discovered the word and realised that it described how I’d felt for a long time. I knew I wanted to tell my friends and family, so when this happened, it felt like the universe saying “go ahead”.”

“So in a way, Adira’s story ends up mirroring mine. Just after I told people in my life, so did Adira. Definitely not the most common coming out story, but it was scary, special, and life-changing.”

This is not the first time Star Trek: Discovery has made a name for itself for bold strives for diversity. With Sonequa Martin-Green as the lead, the show became the first to have a black female lead in the franchise. Anthony Rapp and Wilson Cruz also portrayed the first married gay characters in Star Trek’s history as Lt. Commander Paul Stamets and Hugh Culber respectively. Ian Alexander has also made history as the first out transgender Asian-American person to act on television.

In an interview with GLAAD, Michelle Paradise, co-showrunner and executive producer said, “Star Trek has always made a mission of giving visibility to underrepresented communities because it believes in showing people that a future without division on the basis of race, gender, gender identity or sexual orientation is entirely within our reach.”

“We take pride in working closely with Blu del Barrio, Ian Alexander and Nick Adams at GLAAD to create the extraordinary characters of Adira and Gray, and bring their stories to life with empathy, understanding, empowerment and joy.”

The series will premiere in America on Thursday 15th October and will arrive on Netflix UK soon after. 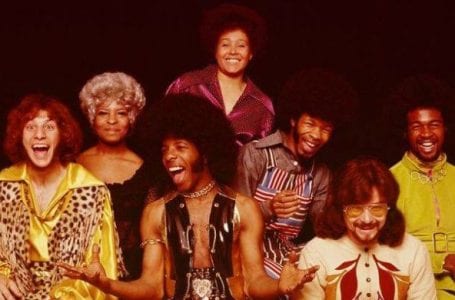