Talking to the girls from BERRIES, we realised early on that we are all pretty new to this. The three piece, riff-driven garage rock group made up of Holly, Lauren and Lucie have only been signed to London-based label Xtra Mile Recordings in November, but can already feel things changing for them. “It’s all happening […]Read More

Three years have passed since the release of critically acclaimed Is the Is Are (2016) and DIIV have used the time well. In an attempt to move past the “homemade” sentiments of the last album, Deceiver offers a respite between chaos and order, a chance to fine-tune a few ideas, to mark a new era […]Read More

‘What Party?’ is a party anthem for people with no friends, writes Kristen Sinclair. Read More

Dublin three-piece Bitch Falcon are back with what might just be their best release yet, writes Kristen Sinclair. Read More

Making the transition from live staple to studio epic, Dublin trio Bitch Falcon have released their latest single ‘Of Heart’ as a fan favourite from their notoriously rambunctious live shows. Following their sold out debut Irish headline tour, the band’s most melodic offering to date is six minutes of pure raw energy and impenetrable muddy […]Read More

Track Review: On the Roof // DUMB

DUMB are a garage rock band from Austin, Texas. Taking a grunge influence, their sound is energetic, and refreshing. Although debut album Live Fast Die Dumb was previously released on cassette, it recently received a proper release. This paved the way for the band’s second album Less, released two weeks ago, as well as the first single ‘On the […]Read More 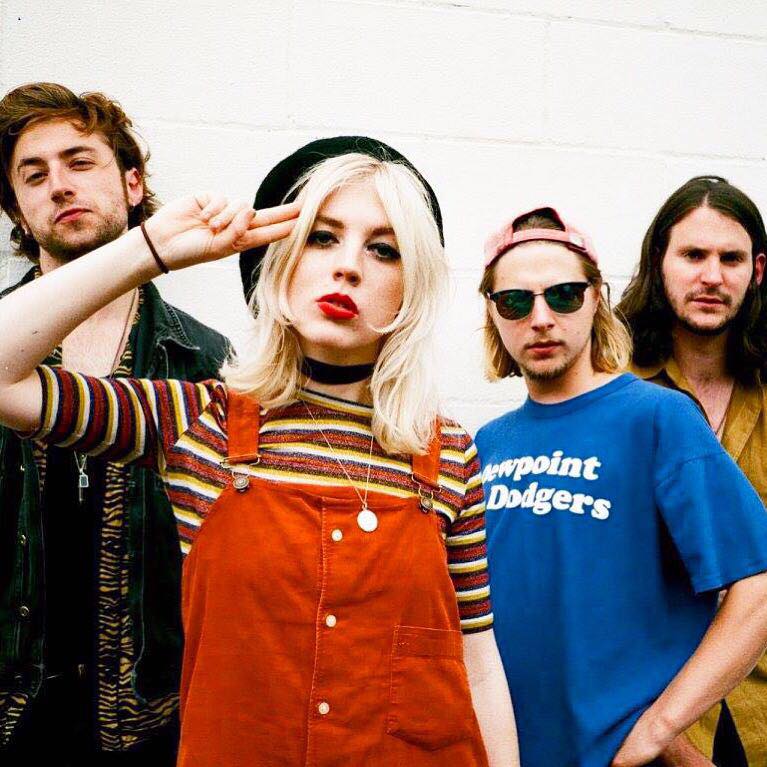 Under the proverbial radar for over a year now, Black Honey have been tugged through the sticky sludge of grunge and have somehow came out sounding flawless. It would be a simple slip-up to envision the Brighton bunch with a lot more than a few EPs under their belt. Fronted by this generation’s answer to […]Read More

Album Review: Give A Glimpse Of What Yer Not //

In 2012, when Dinosaur Jr. drummer Murph was asked how the trio would sound circa 2016, he said “really slow.” While that prophecy has not been completely fulfilled (the band had already embarked on such a pace with the sunny, but soporific, I Bet On Sky), Give A Glimpse… continues to smoothen the band’s brunt, without […]Read More

Furr, an alternative rock quartet from Leeds, have just released the video for their debut single ‘Think Sharp Kid’, and with its raw, angst-ridden riffs and riotously catchy chorus, it’s one that pretty much already establishes them as a band to start getting excited about. The video sees all four members (Jack Byrne on vocals and guitar; Sam Jackson on […]Read More

In anticipation of the release of a new EP, The Indiependent recently had a chat with the Mia Wallace of Scotland, Ms. Luna Webster. One half of the electronic duo Old Barber whose track ‘Prism (Part One) ‘ is premièring today on the site, Webster also finds time to record dark and sultry sounds under […]Read More

Well well well. The last time I reviewed a Fleets song was 5 months ago, and it was the hippy-vibed, poppy ‘Babylon’. Those with long memories will remember it was The Indiependent song of the week, and deservedly so. Now Fleets seem to have changed their style completely with new track ‘Red Navels’. [soundcloud url=”https://api.soundcloud.com/tracks/224279413″ […]Read More

Chastity, who hail from Whitby, Ontario, have newly released a short, yet oddly stimulating video to accompany their track ‘Manning Hill’. The track as a whole hosts a very angsty, ‘rebellious teen from the 90s’ feel that’s conveyed throughout. ‘Manning Hill’ kicks off with an immediate attack of hardcore drumming and bursts of electric guitar riffs. […]Read More

Newcomers Gleam are what’s left of Wide Eyed – a band who emerged amongst the burgeoning ‘B-Town’ scene of a few years back, but perhaps didn’t find the audience they were looking for as a result of being shadowed by the popularity of Peace and Swim Deep – two bands that shimmered and successfully caught […]Read More