British actor Helen McCrory has died aged 52 after battling cancer, her husband confirmed in a statement this afternoon. Posting on Twitter, he wrote: “I’m heartbroken to announce that after an heroic battle with cancer, the beautiful and mighty woman that is Helen McCrory has died peacefully at home, surrounded by a wave of love […]Read More

There is No Spell That Reawakens a Dead Franchise

It is time for us to admit that the Harry Potter series has run its course. After two decades of overwhelming success, new projects of the series only exist to line the pockets of those involved in production, rather than because the fans want the content. I am biased since I did not jump on […]Read More

Life During Wartime: How Do Filmmakers Respond To Crisis?

With COVID making appearances in our fictional filmscapes, when is it ‘too soon’ for filmmakers to respond to a crisis? “Shakespeare wrote King Lear during the Plague.” The viral ‘motivational’ post circulated recently on my lockdown stomping-grounds, LinkedIn and Twitter, in an apparent attempt to spark inspiration or productivity while we were all pulling our […]Read More

A Harry Potter TV series is in early development at HBO Max, according to sources for the Hollywood Reporter and Variety. Executives from the US streaming service HBO Max have reportedly met with writers to discuss the direction of the project. Nothing has yet been pitched, and the live-action show has no writers or talent […]Read More

How The LEGO Games Can Cure Your Lockdown Lull

As England braces itself for another lockdown of an indeterminate length, many people may be faced with the same bleak feelings of despair and anxiety that accompanied them throughout most of 2020. It’s easy to fall into a pattern of wake up, eat, work, sleep, repeat, all without actually feeling like we’ve accomplished anything with […]Read More

TW: domestic abuse While the US election has dominated current affairs this past week, the film industry has also had its fair share of big news. Johnny Depp, in a letter to fans, revealed his resignation from the Fantastic Beasts film franchise at the request of Warner Bros. The news comes days after losing a […]Read More

J.K. Rowling and The Lurking Transphobia – The Story So

With the wave of protests and important activism currently sweeping the world, social media platforms such as Twitter have been utilised positively by many to share information, petitions, and support. However, the social media platform can also be a place where problematic viewpoints are freely shared—such is the case with J.K. Rowling and her most […]Read More

Top 15 Pieces of Music in the ‘Harry Potter’ Franchise

When Harry Potter and the Philosopher’s Stone was released in 1997, little did we know how much of an international giant it would become—a further six books, eight films, two spin-off films, a play, theme parks, video games and more. Although it’s still a franchise nestled in (most of) our hearts, it maybe hasn’t aged […]Read More

JK Rowling has come under fire for casting the South Korean actress Claudia Kim as Nagini in the next Fantastic Beasts film, revealed in the final trailer. Critics point out that the only Asian actor in the cast plays a reptile and villain’s slave, purporting negative stereotypes of Asian women being conniving and submissive, as […]Read More

Film Review: Fantastic Beasts And Where To Find Them

Five years after the final Harry Potter film was produced, and almost a decade since the publication of The Deathly Hallows, Warner Bros has released Fantastic Beasts And Where To Find Them and announced plans for four more sequels. Set in roaring Twenties New York, this is the story of wizard zoologist Newt Scamander, who accidentally […]Read More 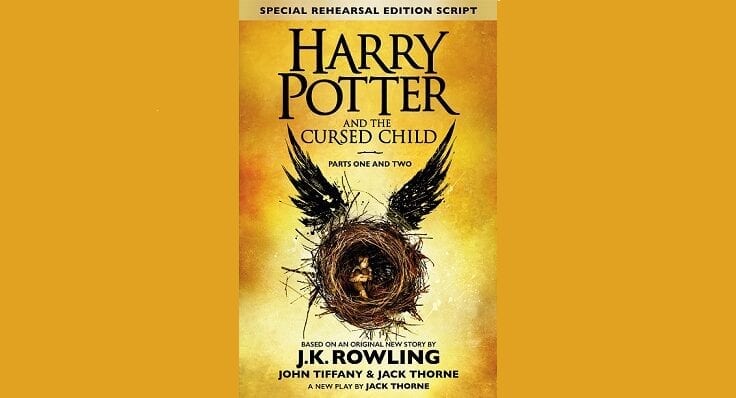 It’s been almost two decades since the Harry Potter franchise made its debut, with best-selling first instalment of Harry Potter and the Philosopher’s Stone back in 1997. In the 19 years that have elapsed, all-star author J.K. Rowling has followed up with six more chart-topping novels, each selling in excess of 50 million copies. The final chapter […]Read More

My Life in Films: Daniella Bassett

A good film is one that can make you laugh, cry, think and be entertained. My mum has always been a bit of a film buff, and growing up in a household where storytelling was engrained into daily life in one way or another, the visual narrative of film has played a huge role in […]Read More

My Life In Films: Beth Kirkbride

Growing up in a house with five younger siblings, four of which are boys, means that my taste in films was never really my taste in films. I grew up on a diet of Star Wars, Indiana Jones, Pirates of the Caribbean and more Star Wars. It was only in my early teens that I […]Read More

One of the bad boys of this current generation of actors, the totally charming yet unpredictable Irishman that is Colin Farrell has certainly had an ‘interesting’ career to put it lightly. Starting out on the popular 90s TV series Ballykissangel, Farrell has gone from starring in one of the biggest critical flops of the last decade […]Read More

My Life In Books: Heather Moss

This week, have a look at the books that take the top 5 places on the list of Heather’s favourites. Harry Potter // J.K. Rowling Chronologically, unless we count Big Red Ball, this captivating and, well, magical series of books is the forerunner of my list. Honestly, I think that if I was ranking them by […]Read More