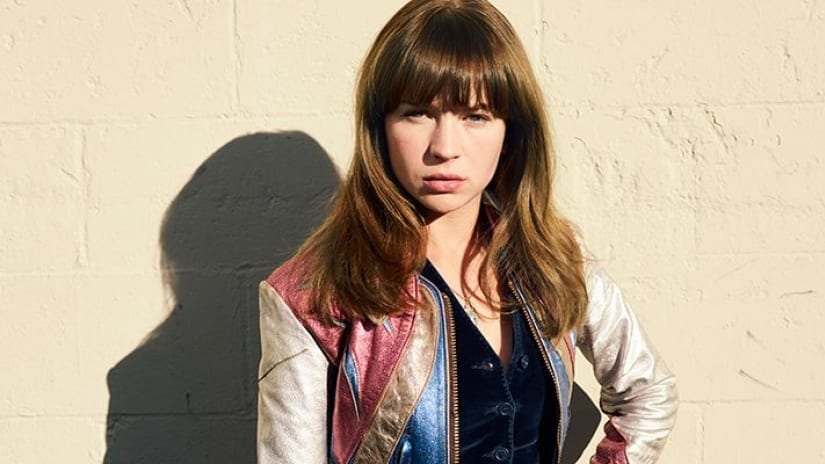 Episode by episode, Beth Kirkbride reviews the Netflix series, 'Girlboss', which is based on Sophia Amoruso's best-selling autobiography. Read More

Twin Peaks: Is The Return Ushering In A New Age

In the very first episode of Twin Peaks: The Return, there comes a single moment that effectively outlines the intentions of the revival while simultaneously functioning as a wake-up call to misty-eyed fans hoping to find some form of answers to the numerous questions that the original show posed. It comes as we witness a […]Read More

Having watched the trailer for this new Netflix original some time ago, I was incredibly excited to watch the entire thing, going on the initial clips I had seen, but it turns out it wasn’t at all what I was expecting, due entirely to the misleading promise of the trailer that looked to be both […]Read More

With Marvel Studios currently decimating the Superhero movie scene at the moment, after the huge success of Captain America: Civil War, and the critical failure of DC’s Extended Universe, with Dawn of Justice and Suicide Squad taking a beating from critics and fans (for which I hold Zack Snyder personally responsible), it’s easy to forget that Marvel Studios are doing some […]Read More

‘Stranger Things’ – How Winona Got Her Groove Back

‘Winona Forever’ goes the slogan. Immortalised by a generation raised on the Gothic glamour of Beetlejuice, it was also the phrase that was, ironically, temporarily etched onto the arm of eccentric movie alternahunk Johnny Depp. Even more ironically, such a statement – delivered in honour of Winona Ryder – hasn’t exactly rang true, for […]Read More

10 Reasons To Be Excited About The ‘Gilmore Girls’ Revival

When Gilmore Girls left our screens in 2007 after seven heartwarming series, fans were left clamouring for more. The fast-paced comedy-drama television series, set in the fictional town of Stars Hollow, Connecticut, focused on single mother Lorelai Gilmore and her relationship with daughter Rory. As we followed their journey, we became emotionally invested in their lives, […]Read More

Bojack Horseman isn’t the easiest show to recommend to people. After all, we’re talking about an animated dramedy that follows a talking horse (Will Arnett in the performance of his career) who used to be on a Full House-esque sitcom and is now struggling to move past his former glory and find happiness. You could […]Read More

Netflix and Marvel are set to continue their unrivalled conquest of superhero television after announcing a full season of Marvel’s The Punisher. Following on from his performance in the generally well received second season of the Netflix series Marvel’s Daredevil, Jon Bernthal will reprise the role of Frank Castle AKA The Punisher. Both Jon Bernthal’s […]Read More

TV: Master of None and Hollywood’s Race Issues

The first season of Aziz Ansari’s new show, Master of None premiered earlier this month on Netflix to universal acclaim. The show is simultaneously smart, funny, thought-provoking, and covers a wide range of topics beautifully in only ten episodes. Once I started watching it, I absolutely could not stop watching it and found myself ready […]Read More

TV: How Netflix Gave Us The X-Files and Twin Peaks

I got the best birthday gift I could have possibly asked for this year (and even a day early), when on March 24th, 2015 FOX confirmed rumors that The X-Files will be returning as a six episode miniseries in early 2016. I really can’t explain how excited this news made me (I have a copy […]Read More

Why Netflix’s Daredevil Isn’t Awful (Like the Film Was)

We can all say it, the 2003 film version of Daredevil flat-out sucked. Some of the performances are fine, but even those do very little to make up for how boring and unoriginal the film is overall. 2015’s Netflix series adaptation of Daredevil, is fantastic, and is pretty much the exact opposite. In every moment […]Read More

Netflix’s latest phenomenon that is set to sweep the world by storm, Sense8 has become the necessary viewing to engage in conversations in both the real world, as well as our online social spheres. More often than not, it becomes a series that is watched in a multi-hour stint, whilst the viewer wallows in their chosen […]Read More

In this third instalment, I’m taking a quick look at episodes 7-10 of Marvel’s Daredevil, which is currently available to watch on Netflix Episode 7 “Stick” This is another episode that felt like a two hander but isn’t. This time it’s Matt and the enigmatic Stick, who trained Matt how to hone his remaining senses […]Read More

Continuing on from my previous post, which looked at the first three episodes of the Marvel/Netflix series, this looks at episodes 4 to 6. Episode 4: “In The Blood” Episode four gives us not only a better look at Wilson Fisk but also at the Russian brothers, Anatoly and Vladimir. The brothers are under a […]Read More