Introducing: Black Peaks From: Brighton Listen to: ‘Can’t Sleep’, ‘Glass Built Castles’, ‘King’ Whenever I tell people they should listen to Black Peaks, descriptions like “they play heavy music” or “they are a metal band” never seem to do them justice. Singing along to their songs makes you feel weightless; sang with a soothing falsetto, […]Read More

"Paris Youth Foundation excel in what they sets out to achieve: a well-constructed rock-pop ballad that maintains its energy and its narrative throughout". Matthew Prudham reviews the Liverpudlian group's first single of 2021, 'The Back Seat'. Read More

Talking to the girls from BERRIES, we realised early on that we are all pretty new to this. The three piece, riff-driven garage rock group made up of Holly, Lauren and Lucie have only been signed to London-based label Xtra Mile Recordings in November, but can already feel things changing for them. “It’s all happening […]Read More

Forgetting the Future are an indie rock band from a town called Thurso in northern Scotland. The outfit consists of singer/songwriter Robbie McNicol, guitarist Jamie Mackay, bassist Max Paul and drummer Connor Wilson. They formed in 2014 when they were around fourteen; creating music together for that long and from such a young age has […]Read More

Night Network, the eighth album from Yorkshire alt-rockers The Cribs, looked at one point as if it might not be made at all. After the release of 2017’s 24/7 Rock Star S**t, the band left their long-time management only to learn that the rights to their back catalogue had been bought by other parties without […]Read More

There are only so many rock and metal acts that have managed to keep their sound fresh and engaging over the course of 25 years, but Deftones are certainly one of them. The Sacramento quintet’s career has been full of ups and downs, most notably the death of original bassist Chi Cheng in 2013, but […]Read More

The latest serving of riotous noise from Marilyn Manson is also a deeply personal escape from the horror show of the present day.Read More

5 Rock And Metal Albums You Might Have Missed In

By nearly any measurement, 2020 has been a bit of a dud. But, despite the turbulent times, the rock and metal scenes are having one of their best years in recent memory thanks to a steady stream of stellar releases. So, as we approach the home stretch, it’s time to look back on the five […]Read More

A review of the second album from Southampton rock band Creeper. Read More

‘Falling in Love’ is the latest Frank Turner release from split covers album West Coast vs. Wessex. A collaboration between long-term supporters of each other, NOFX and Frank Turner, the album will be released on 31st July and will see the American Punk Rock band’s take on five of Turner’s catalogue, whilst he returns with […]Read More

As turbulent as the current climate is, all the extra time we’re spending indoors offers an opportunity to practice reflective listening. We’ve revisited some of the best pieces of music history, albums that shaped the landscape of what we listen to today. Here’s a round up of the top ten debut rock albums. 10. Ten […]Read More

The film documents the 2007 concert by the band, as part of their tribute to the founder of Atlantic Records, Ahmet Ertegun. It was Led Zeppelin’s first concert together since 1995, and featured the late John Bonham’s son, Jason, on drums. The film was released in 2012, while the 2013 supporting album went on to […]Read More 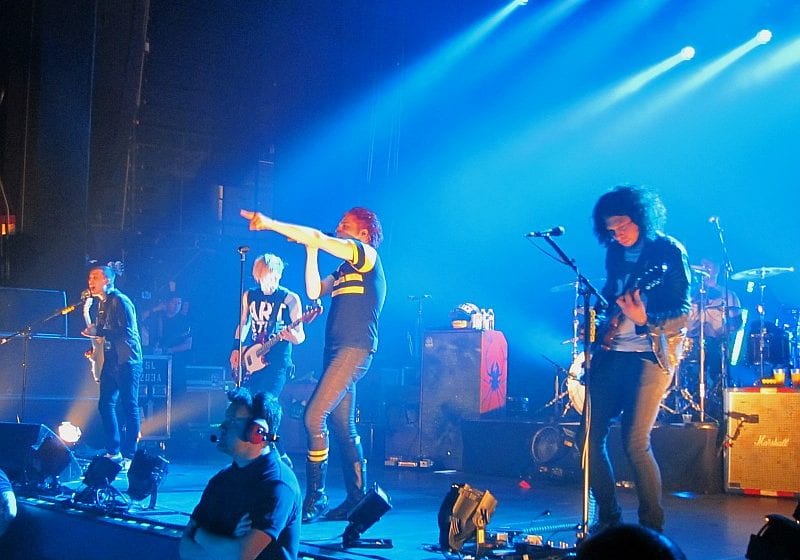 The rock band, famous for ‘Teenagers’ and ‘Welcome to the Black Parade’, had parted ways in 2013 but reunited at the end of 2019, causing a stir amongst fans. But like many before them, they have had to postpone their UK tour as a result of the current coronavirus crisis. “Due to the current COVID-19 […]Read More