Marvel’s ‘WandaVision’ and the Idyllic Life

HBO Max have confirmed the production of a ten-episode extension of the original Sex and the City series titled, Sex and the City: And Just Like That. Sarah Jessica Parker, who portrays the female protagonist Carrie Bradshaw, teased her followers with proof that the Sex and the City franchise was heading into an extended narrative, […]Read More

Why You Should Watch… ‘I May Destroy You’

Read our review of I May Destroy You here. Trigger warning: sexual assault and rape. Considering there has been very little to do during lockdown, other than attack our own hair with kitchen scissors and consume a potentially dangerous amount of crisps while lying on the sofa, it would be hard for you to have […]Read More

TV: Getting Comfortable With Intimacy Coordinators

It’s impossible to ignore the growing number of people working in film and television who have reported unwanted sexual advances from other industry figures. Recent events such as the sentencing of Harvey Weinstein have brought up questions about how this could have happened so prolifically, in what seems to be an almost universal experience for […]Read More 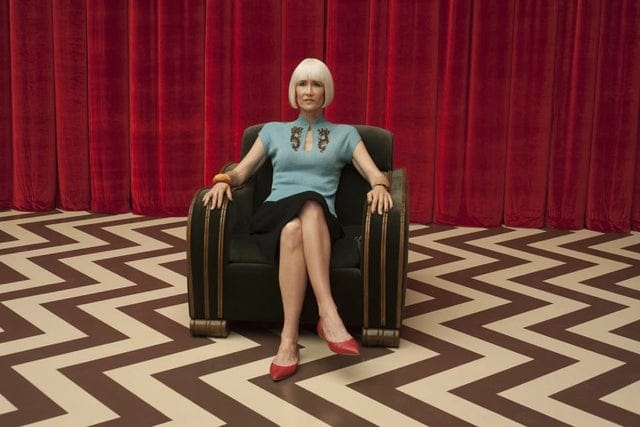 Top TV of the Decade: Twin Peaks: The Return

Welcome to The Indiependent’s Top TV of the Decade! In this feature, Jack Roberts discusses the intoxicating reunion series of David Lynch’s seminal Twin Peaks… Is it future or is it past? After 25 years of fan theories, cult followings and cherry pies washed down with damn fine coffee, 2017 saw the return of Mark […]Read More

Top TV of the Decade: Parks and Recreation

Welcome to The Indiependent’s Top TV of the Decade! Our new Deputy Opinion Editor, Jacob Fleming, tells us why Mike Schur’s Parks and Recreation made his list… Unpopular Opinion: Parks and Recreation (Parks & Rec) is better than US rendition of The Office. Yeah, I said it. I am aware I’m cheating a little here, […]Read More

Top TV of the Decade: The Trip

Welcome to The Indiependent’s Top TV of the Decade! Emma Morgan takes a look at Rob Brydon and Steve Coogan’s The Trip… Part sitcom, part travel programme, part restaurant review, The Trip is an unusual but engaging showcase of the talents of two of our best loved comedians. Beginning with a restaurant tour of the […]Read More

TV: How ‘Car Share’ rekindled my love of the radio

As Peter Kay’s award-winning comedy returns for an unscripted version and a glorious finale, Sam Lambeth takes a look at how the show’s setting sparked a renewed love of the car stereo.Read More

Having aired for a whopping 24 seasons since 2003 with no signs of stopping, the America's Next Top Model franchise which is shown in 170 countries worldwide, is a force to be reckoned with. But despite being created by a strong, independent, black businesswoman (the queen that is Tyra Banks), the show gave airtime to some pretty awful people and normalised worrying behaviour, from racism to homophobia.Read More

The Top 10 Episodes of Doctor Who

As the 10th Season of the Revival Series of Doctor Who is drawing to a close, with what is bound to be a kick ass finale (Mondasian Cybermen, come on guys!), I thought it fitting to take a look back on some of the best episodes to ever grace our screens over the past 12 […]Read More

Just How Bad Are New Episodes of ‘The Simpsons’?

While it is not an American custom for television shows to end at their peak (perhaps Arrested Development and Freaks and Geeks are exceptions, although they were as a result of then-poor ratings), The Simpsons has really stretched the world’s patience. Somehow, despite exploring every plot, continent and character, it is now approaching its thirtieth […]Read More

From Clickbait to Neistat: Joe Binder eases you into starting

There’s always been something absurdly scary about finding yourself stuck on YouTube, unrestrainedly clicking from video to video in the search for meaningful content. Whether you’re watching Zoella choose what lush bath bomb to use, or browsing a BuzzFeed video titled ‘Eyebrows Throughout History’ (which is an actual thing by the way), there’s nothing scarier […]Read More

Why Lisa Is the Best Simpson

There are two schools of thought when it comes to Lisa Simpson – some see her episodes and character as an intellectually enhanced, and socially shunned, creative thinker. Others, however, view her as a rabble-rousing, rambunctious soapbox tilter. While those traits have become more prominent in zombie-era Simpsons, during the show’s zenith Lisa was the […]Read More

The Presentation of Working Class Life in Raised by Wolves

Caitlin and Caroline Moran’s sitcom Raised by Wolves is all a viewer could want from a comedy with political overtones. The working class life the Morans present is actually close to perfect, unchallenged in its honesty and powerful in its unwillingness to apologise. Coming from a working class background myself, my family has always managed […]Read More