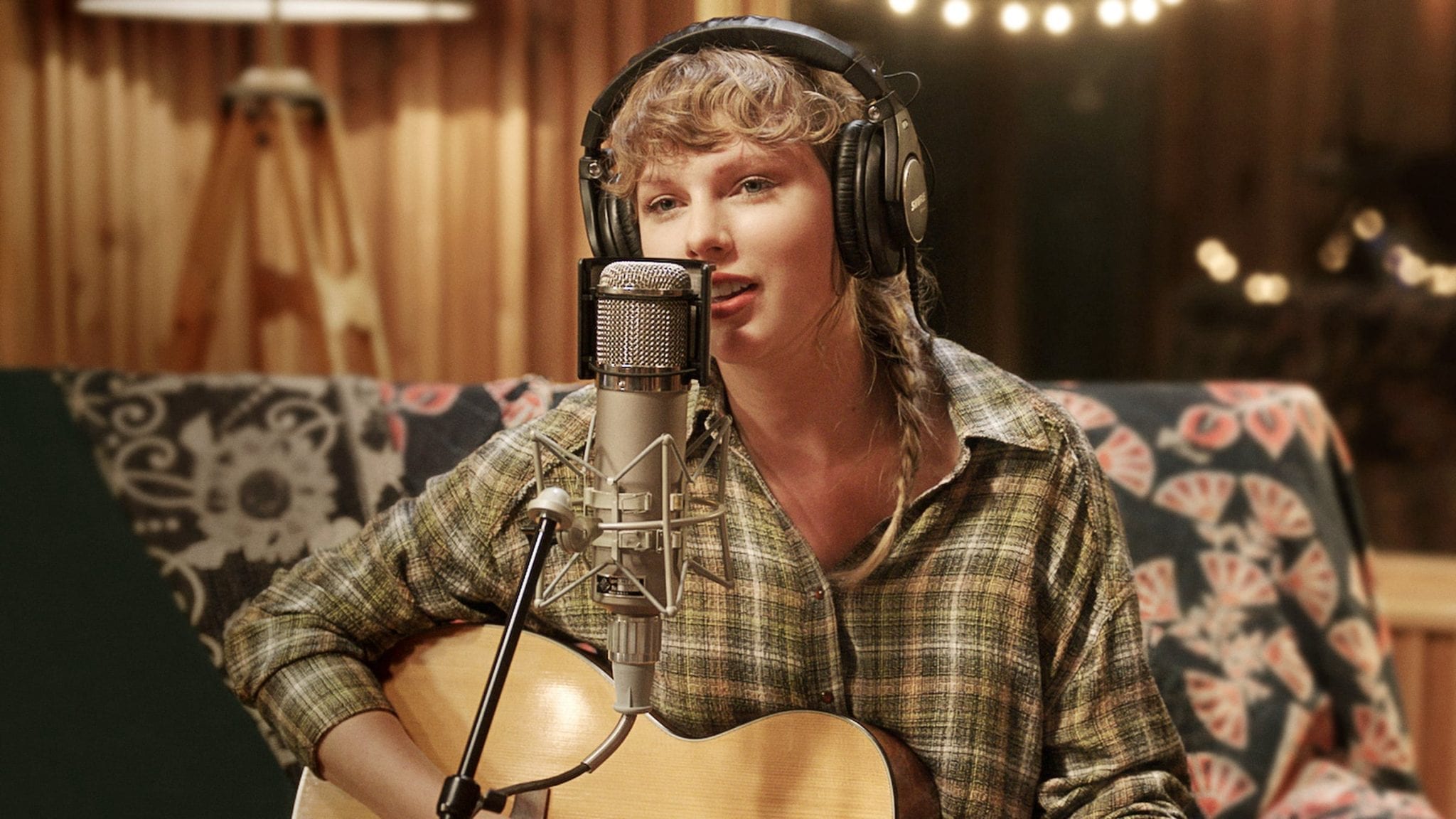 I’ve waxed lyrical elsewhere about the brilliance of Taylor Swift’s folklore, so I won’t dedicate too much space to that here.

The indie folk record – released on 24 July 2020, a mere week after Swift told her label the record even existed – became the first million-selling album in the US of 2020. It has since soundtracked many existential lockdown walks as well as many breakups, marking a distinct change in direction for the American popstar. Swift’s 2019 effort, Lover, was all confetti cannons, pastel pinks and heart emojis, but folklore is far more nuanced. It has more emotional depth, and a greater scale of musical ambition. Naturally, then, I was incredibly excited when it was announced that folklore: the long pond studio sessions would be launching on Disney+ on 25 November; I wanted to learn more about the journey that Swift went on to create such a magical piece of art.

For me, live-streamed concerts have failed to live up to the experience of being in a venue full of fans singing their hearts out to their favourite songs. The artist documentary appeals a lot more as a substitute for gigs, because it offers the ability to inform as well as entertain. But, as much as I would love to spend the next 800 words enthusing about the insights the documentary gave me into Swift’s creative process, I wasn’t blown away by what I watched. Sure, there are some great performances in the film – Bleachers’ Jack Antonoff’s facial expressions when playing guitar steal the show – but it’s not that interesting. And I say that as a massive Swift fan, which leaves me wondering what actually is there for anybody else in this beige production?

The surprise-released folklore has been the subject of lots of critical and fan speculation. Who is co-writer William Bowery? Is it Swift’s boyfriend, Joe Alwyn? Could it be her ex, Harry Styles? Is ‘James’ from the triad of tracks ‘cardigan’ ‘betty’ and ‘august’ male or female? Did Swift write folklore as a sapphic love story? But as the film stresses, folklore resists biographical interpretation; Swift talks about how, having read lots of books and watched lots of films during lockdown, she recognised the creative potential in other peoples’ stories for the first time. And with ‘hoax’ she realised that a song doesn’t have to be about one specific person or memory, but it can be about multiple things simultaneously: confessions, nature, emotional volatility and ambiguity, and a love that isn’t just ‘easy’. It’s clear The National’s Aaron Dessner contributed a great deal to the writing process, enabling Swift to try new things and pushing her forward in moments of self-doubt. The record sounds richer for this collaboration, but as an on-screen personality, Dessner is meek and boring, albeit preferable to Antonoff, who constantly looks like he is desperately waiting for Swift to stop talking so he can make his point. At times, I cringed as he mansplained Swift’s success back to the megastar.

There are small snippets of the personal, though. I thought it was interesting hearing Swift talk about her constant need to be ‘switched on’ à la ‘mirrorball’, especially in light of recent comments made by Louis Tomlinson. “I love her and she’s an incredible artist, but not everyone is a Taylor Swift,” said the One Direction member and solo artist, seeming to suggest Swift is just ‘effortlessly’ marketable. You could certainly be forgiven for thinking the same by looking at Swift’s ruffled fringe, and her plaid t-shirt dress. But actually, Swift was worried that her label wouldn’t like the album because she wasn’t “doing a big pop thing”. When she’s talking about her insecurities and her self-doubt, this is when folklore: the long pond studio sessions is at its most interesting.

Ultimately, though, the documentary mode creates friction with the lack of autobiographical material in the record it is about; director Swift wants to invite us into her cosy fairy-lit studio, but she doesn’t want us to get too close. This sense of distance continues with the fact that the only people we see on camera are Swift, Dessner, Antonoff and Bon Iver’s Justin Vernon. Oh, and her cats. But that’s a given. We understand Swift’s desire for privacy, though, because this is the subject of the song ‘peace’; in the film Swift talks about trying to make herself seem like she has a normal life despite the lack of control she has over what tabloids publish about her and her loved ones. She is very private about her relationship with actor Joe Alwyn, so perhaps this lack of further insight into their world should come as no surprise.

As Swift sits two metres apart from her collaborators discussing the record, or the camera cuts to Justin Vernon singing his half of the duet ‘exile’ remotely, the distance between the viewer and the figures on screen is compounded. The documentary fails to let us close enough to Swift for it to strike the same emotional chord that the album did. In contrast to Netflix’s Miss Americana documentary, this production is clinical, cool and detached. We don’t see an impassioned Swift crying as she talks about her experiences at the hands of shitty men in the music industry, or tearing up as she talks about her Mum’s battle with cancer. There are moments where things get deep – when she’s talking about just surviving the day in ‘this is me trying’, or when Dessner talks about his lifelong struggles with depression, which inform his interpretation of ‘peace’ – but these moments are fleeting, leading to the overwhelming sense that we haven’t really learned anything new. It’s all just a bit, well, beige.

folklore is a masterpiece. But we didn’t need Swift, Dessner and Antonoff to come together to play it to realise that. If you’re hankering for a live music fix, then watch folklore: the long pond studio sessions for a technically excellent performance of a fantastic record. But don’t watch it expecting to feel connected to one of your favourite artists: you’ll have to wait until stadium tours resume and you can cry your heart out to ‘the 1’ along with the rest of the room for that.