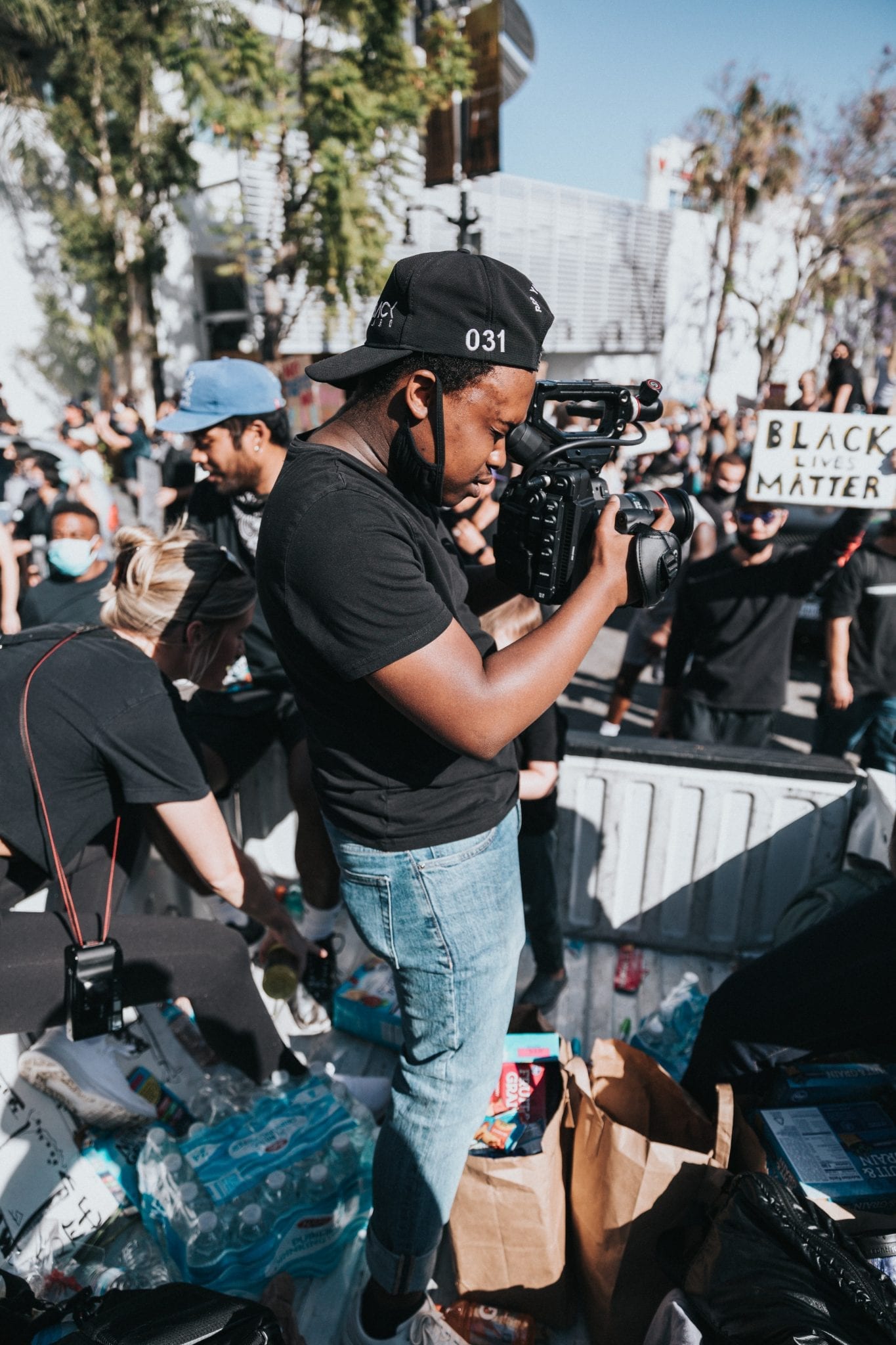 It’s been well over two months since George Floyd died at the hands of the police. Black Lives Matter (BLM) and anti-racism protests are still taking place globally, with some cities hosting daily demonstrations. Yet it appears that mainstream media outlets – and many people’s social media feeds – have lost interest in reporting it. It would seem the BLM movement is no longer ‘trending’, but we need to acknowledge that the conversation is far from over. In both the UK and the US, the issue remains unresolved – and it needs our commitment.

Why has public interest in BLM dwindled? For one, national and international news reporters seem to have abandoned the issue in recent weeks. When the news was still showing protest footage, the attention was less on the movement’s demands and more on dramatic scenes of riots, looting, and violent clashes. Initial reporting also considerably focused on concerns about protests causing spikes in COVID-19 cases. After research revealed these concerns were unfounded, few papers ran with it as a story. At the demonstration I attended, volunteers worked hard to provide face-masks and ensure social distancing. Examining the hard work and perseverance behind the protests is less profitable than clickbait stories on criminality and irresponsible behaviour.

Relatedly, there is a sense that the issue has been ‘dealt with’. Unfortunately, piecemeal changes and symbolic gestures cannot fix racism. The entertainment industry responded to protests with small, performative moves. Creators removed police imagery from video games while TV shows promised that white actors would no longer voice non-white characters. With these moves, organisations can appear responsible without having to face accountability.

Another early trend was for public figures to kneel in solidarity with the BLM movement. One such figure was the Labour leader Keir Starmer, who took the knee for a photograph and later appeared to distance himself from the movement. The most egregious example of this was when police officers knelt with protestors, only to then turn on them. Instead of implementing real change, institutions tell black people and their allies to be satisfied with these PR stunts and barely-there measures.

This is not to say the BLM movement has not made any progress. The four officers involved in George Floyd’s death have been charged. In June, Minneapolis City Council voted to “disband its police department” and focus funds on social programs for communities of colour. Compared to protests in previous years, activists note a shift in public opinion. I’ve witnessed this in my social circles. Activists have achieved this through persistent hard work – work that is not over.

Black lives are still undervalued. Black trans women are being killed at a horrific pace. Breonna Taylor is yet to receive justice. Instead, her death has been turned into a meme. When rapper Megan Thee Stallion was shot multiple times, the internet was quick to start cracking jokes about the incident and her trauma. Videos of protests in the States show police officers continuing to use unnecessary force against their citizens.

In Britain, there’s the added misconception that racism and police violence are not big issues. On the contrary, various reports show the metropolitan police acting violently towards black citizens – including children. People of colour whose lives were ruined by Grenfell and the Windrush scandal have not received justice. Along with recent debates over statues, this shows that we are yet to reckon with this country’s racist foundations.

The BLM movement is far from over. Without mainstream news coverage, it needs our involvement now more than ever. Education is crucial. As a white ally, I recognise that the closest I can get to understanding racism is through reading and listening to people’s experiences. A good starter is this list by The Indiependent’s very own Kate Goodyer. This book club, started by female wrapper NoName, has some great reading recommendations. Understanding the key demands behind the BLM movement is also important. My friend and I put together this document of resources on what defunding/abolishing the police and prisons means.

Ready to take part? Follow @ukblm on Twitter and Facebook for updates on events – and try to find some local BLM groups. Gal-dem has an informative article on recording police brutality. If you cannot attend protests, you can easily be an activist from home. This includes making donations, contacting MP/representatives, signing and sharing petitions, and having the necessary conversations with people in your social circles.

Fighting systemic racism is no easy commitment. For those of us lucky enough to ‘choose’ whether to fight this fight, there are no participation medals; there is much self-reflection to do, and personal relationships may be strained. Regardless, all lives will not matter until Black (trans, poor, disabled) Lives Matter. With or without cameras, the BLM movement continues.