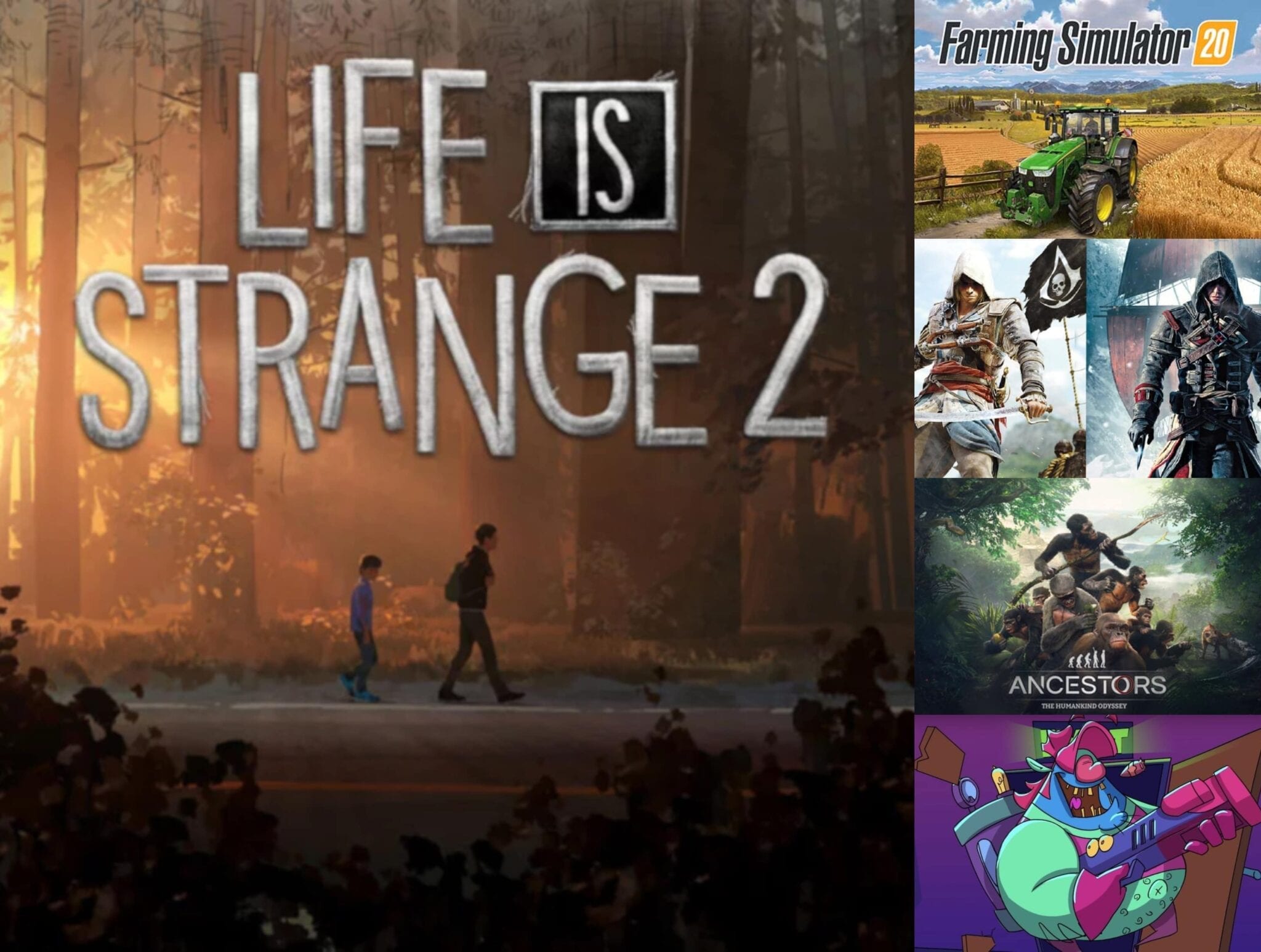 As 2019 draws to a close, gamers will have a new crop of games to enjoy. Seafaring adventures with assassins, a trip to the farm and a cross country journey with two brothers are just some of December’s gaming offerings.

The tale of two brothers is brought together with this release. In Life is Strange 2, players follow the story of Sean and Daniel Diaz, two young brothers who are forced to leave home after a tragic accident. Now on the run due to Daniel’s newly awakened telekinetic powers, the young brothers face a new dilemma as they make their way to their father’s home town in Mexico – do they live their lives in fear and solitude or risk reaching out to their remaining family and risk exposure and possible capture?

This release will feature all episode of Life Is Strange 2 along with the additional story The Awesome Adventures of Captain Spirit to provide the full storytelling experience. Players who pre-order the game through select retailers will receive the Mascot Bundle DLC, which features a set of exclusive patches to customise Sean’s backpack in-game.

Manage your own piece of the world in this Switch release. Farming Simulator 20 brings all the trials and tribulations of agriculture to players. From deciding what to grow, when and how to harvest, buying and selling products and building your fleet of vehicles, players will have to use their time and resources wisely as they keep their farms running.

Players will also have the chance to explore a new open-world environment as they grow their farming business. With the ability to explore on horseback or with one of over 100 vehicles from some of the biggest names in agriculture – including John Deere vehicles for the first time – players will be able to see how their own farms measure up to the wider world, opening up new possibilities for trade and growth.

Two chapters of the iconic franchise come together in this Switch release. Assassin’s Creed: The Rebel Collection brings together two very different tales. Assassin’s Creed IV: Black Flag follows the story of Edward Kenway, a privateer thrown into the centuries-long war between the Assassins and Templars after a chance meeting at sea in the Caribbean. Meanwhile, Assassin’s Creed Rogue puts players into the life of Shay Cormac, a young Assassin who switches sides when a mission goes horrifically wrong.

Assassin’s Creed: The Rebel Collection features both games in full, along with all single-player DLC. Included in the DLC is the new adventure Freedom Cry, which follows Edward Kenway’s ally and Quartermaster, Adewale, as he travels to Haiti to uncover a Templar plot and liberate the people of the island.

Assassin’s Creed: The Rebel Collection will be available on Nintendo Switch from December 6*

Survive and thrive with this console release. Ancestors: The Humankind Odyssey takes players through a journey of evolution and discovery. Starting 10 million years ago in Neogene period Africa, players will have to find their way around the wilds as they try to survive. Players will have to build shelters, make peace with other clans and raise new generations of humans to continue the course of evolution itself and expand across the world.

With a rich and vibrant world to explore, players will have countless way to build their own civilizations through the ages. Spanning a time frame of millions of years, players will have to find a careful balance and they expand and grow the species from humble beginnings to hunter-gatherers and beyond. Players will also have to decide how they want to be remembered as they pass skills and traits to future generations, with the choices made having lasting repercussions.

Ancestors: The Humankind Odyssey will be available on Xbox One and PlayStation 4 from December 6*

Hilarious hauntings are about in this comic shooter. In Dead End Job, players are Hector Plasm, an employee of Ghoul-B-Gone, a paranormal pest control service. Tasked with cleaning up ghosts from restaurants, offices and other everyday locations, things soon take a turn for Hector as he discovers that his mentor’s soul is about to be lost forever. Haunted by the ghost of his mentor, Hector must learn the ropes of all things supernatural before time runs out for good.

Armed only with a plasma blaster, players will be able to either go it alone in single player or work together in couch co-op through the game. With procedurally generated levels, no two locations will be the same, with hurdles of all kinds thrown at players in their missions to clean up the spaces and make some hard-earned cash for Ghoul-B-Gone. Those looking for an even greater challenge can use Twitch and Mixer interactivity during streaming to allow the audience to help – or even hinder – their progress.

Dead End Job will be available on Xbox One, PlayStation 4, Nintendo Switch and PC from December 13*

PlayStation Plus subscribers will have two new titles to download and play for free this month, with a special offer for PSVR owners. From December 3*, Titanfall 2 and Monster Energy Supercross – The Official Videogame will be available on PS4. In addition, PS Plus members with PSVR will get a Limited Free Trial of Firewall Zero Hour, while those with the game will receive double XP during the trial period, which runs from December 3-9*

Twitch Prime members will have five new games to download and play for free this month. From December 2*, ToeJam & Earl, Hue, When Ski Lifts Go Wrong, Hover and Sherlock Holmes: The Devil’s Daughter. All players have to do is connect their Amazon Prime and Twitch accounts, then head to the Twitch Prime website to claim their games and gain access to all the special offers available this month.

*Dates refer to UK release only. International dates may vary and are subject to change. All information correct at time of writing.