Picture this: the world as you know it has been turned on its head by a mysterious pandemic. You have no choice but stay in your room and play video games to pass the time, waiting for a message from a friend or an update from those in charge. As time goes on, things start to get worse and more frightening; more people are dying and taking desperate measures to survive. The leaders tell you everything is fine and that positivity is the key to getting through it all, but your down-to-earth friends tell you otherwise. You long to get back out into the world, but it seems to be drifting farther away with each tick of the clock.

In a post-COVID world, the scenario described above likely sounds like many people’s new normal – minus the working from home and banana bread. But this is actually the premise of a little indie title by the name of Presentable Liberty, a game that – though mostly forgotten – has gained a whole new level of relevance.

The game was created by Wertpol A.K.A Robert Brock, who sadly passed away in June 2018. Though it was released to little fanfare back in 2014, Presentable Liberty gained a burst of notoriety when several large Let’s-Play YouTubers gave it a go. Platform giants like Markiplier and Jacksepticeye gave the rather inconspicuous title an audience, with Jack’s playthrough having over four million views at the time of this article.

Unfortunately, with the game able to be completed in just over an hour, a playthrough was often designated to a single video – never to be touched again and quickly overshadowed by other indie hits like The Escapists (2015) or Undertale (2015).

Even now, there is very little information about the game or its production. All it has is a shabbily put together Fandom Wiki page, the ‘Main Story’ section of which only reads: “It be good game.”

But now, six years after its release, Presentable Liberty has gained a scary level of reality to it.

You play as an unnamed prisoner, trapped in a small cell with no way of getting out. You don’t know how long you’ve been there or why, but either way, you’re not escaping any time soon. Before long, you begin receiving letters under your door from four distinct characters.

Salvadore, a traveler and apparent friend of yours, Doctor Money, the unnamed country’s leader, your government-assigned ‘Happy Buddy’, whose sole purpose is to keep you positive and finally, Charlotte, a young woman confined to her bakery.

Working on an in-game cycle of time, you simply read letters, play the games your Happy Buddy gives you and go to sleep. Then the next day comes about, only for you to do the exact same thing, gradually learning more about the world and people around you.

What you learn is that this world has been hit by a virus – a deadly virus. A virus that has infected and killed so many people that the you and Charlotte are the only ones unaffected, as far as either of you are aware.

Five years ago, when thousands first watched a playthrough of this game, this story probably sounded ludicrous. Emotionally engaging and frightening, yes, but remarkably unlikely. However, here in 2020, a world ravaged by a horrendous illness doesn’t seem so far away at all.

Now, pandemic stories are nothing new, especially in video games. The Resident Evil and The Last of Us franchises have been telling stories of horrific viruses for years. But the thing that makes a much smaller title like Presentable Liberty more realistic is its small cast of characters, none of which are ever actually seen by the player.

With most games set in a plagued world being action titles, their characters are usually either unstoppable badasses or sombre tragic hero types. These work great in their respective universes, but it’s safe to say that these people are a rarity in the real world. Fittingly, the world of Presentable Liberty is just as mundane as our own and, viewed with a 2020 lens, some of its characters can easily be seen as reflections of people in our current society.

The Everyman here is Charlotte, someone whose life relied on her business that she was not only forced to close, but also isolate herself in. Despite knowing the severity of it all, she tries to remain hopeful and stable; playing music, baking, and trying to communicate with what’s left of the outside world. But doing so turns out to be much harder than she initially thought.

Her story is reminiscent of a lot of people’s situations during the early stages of lockdown.- convincing herself that she can use the newfound loneliness to the fullest, whilst suffering with mental health and the looming knowledge that the virus won’t go away so quickly.

Similarly, there’s the Happy Buddy. Later revealed to be just an ordinary guy trying to support his family, the Happy Buddy’s job is to keep the player character in good spirits. But, just like Charlotte, that forced positivity eventually takes a toll.

For the first three quarters of the game, his letters are erratic and slightly scary, writing out false laughter and practically begging the prisoner to smile and stay happy. Though this all turns out to be an act, during the real lockdown, there were plenty of people who were convinced this was all positive. That this was a time for developing new hobbies, relaxing, and having new levels of free time some could only dream of. For many though, that novelty wore off very quickly.

Regrettably, the character that is the most accurate is Doctor Money. If his name didn’t give it away, he’s the game’s corrupt businessman/politician antagonist and he does all the things that his title suggests: Telling the public everything is under control and suggesting that all that’s needed is strong willpower, while doing shady dealings behind the scenes – including paying people for their vital organs.

This is obviously extreme, but it’s difficult to deny the similarities to how many real-world governments are dealing with COVID. As the pandemic spread, the media and political narrative has been shifted all over the place. At first, lockdown was painted as a time to be with family and relax before suddenly being the worst possible outcome. Mix that with inconsistent information regarding cases and it results in a confused and frightened public. The exact kind Doctor Money is shown to have manipulated for his own gain.

Presentable Liberty is not a cheerful game. It would even be difficult to describe it as an enjoyable game, but it’s surprisingly timely. Even though it’s time in the spotlight was fleeting, this little title holds more significance now than it ever did all those years ago.

One comment under Markiplier’s video by user ETPS sums it up well, reading: “I seem to be not alone in thinking this game has become reality. Stuck inside, communicating through texts, deadly virus and money-hungry people in power.

“…As if this game wasn’t creepy enough.” 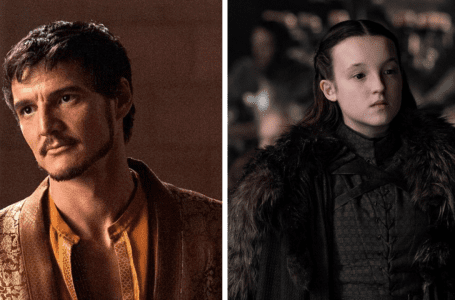