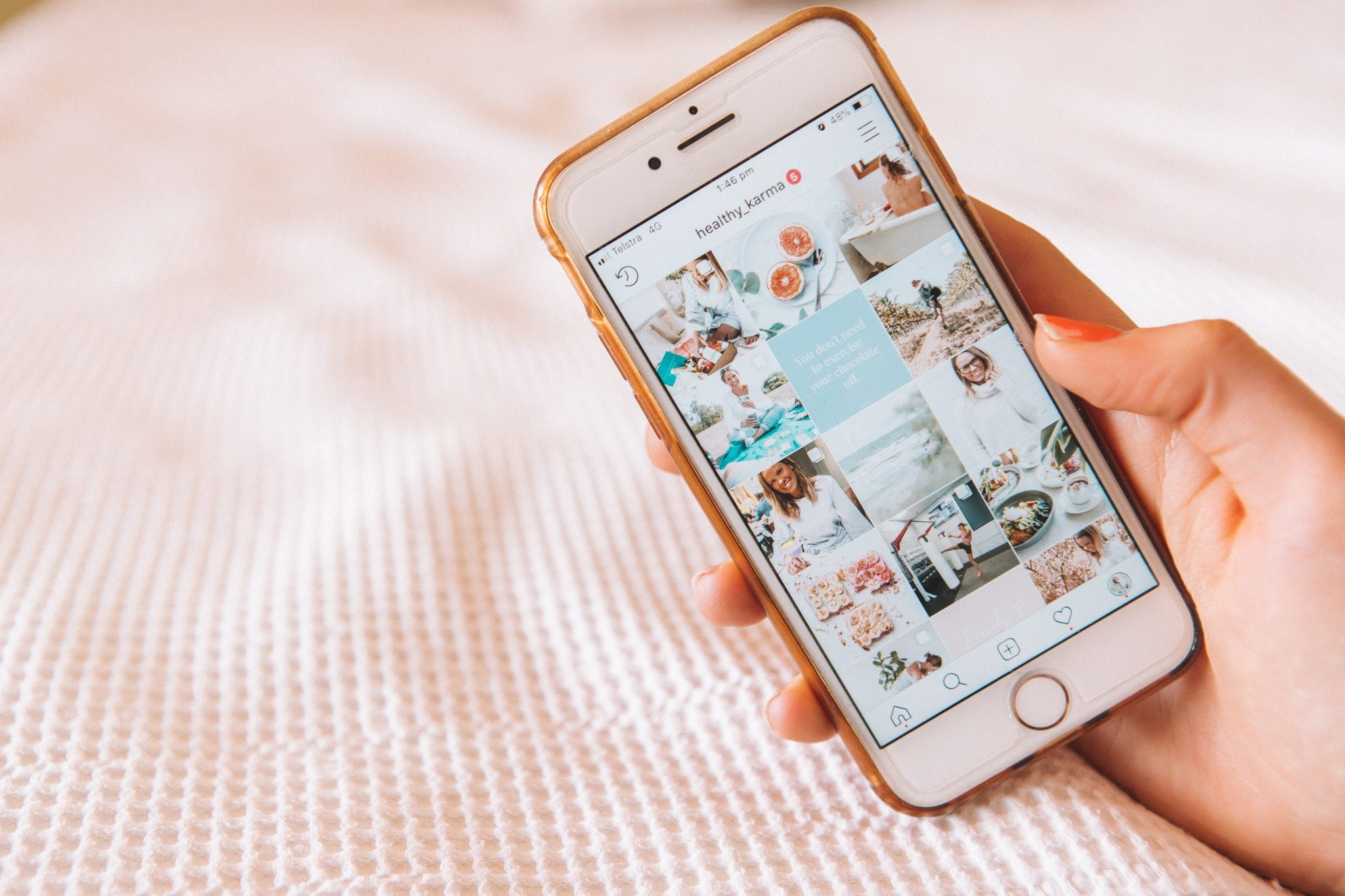 Let’s paint the picture. Times are normal and as a treat, you decide to go out and meet a friend in Starbucks. When you sit down at the table with your lattes, the inevitable happens. Both your iPhones make an appearance after only being hidden away for the last ten seconds, snapping the scene for a Pinterest-style Instagram story.

20 years ago, this would’ve been seen as a questionable move, with many people probably wondering why on earth your hot beverage was worthy of an Instagram picture. For starters, they wouldn’t even know what Instagram is. However, this has become the norm nowadays and the question has a million different answers.

“I think influencers have increased the pressure to post – watching someone cultivate a career with very little talent but a lot of social media presence could make others think “oh I could do that”, which may also hold people back from pursuing other interests,” says 21-year-old Sam.

“It just feels like most of the stuff on there (social media) is someone trying to sell you something or follow a brand. When I post to Instagram, it’s for my friends to see, not for the however-many followers I have.”

Influencer culture has become a huge phenomenon over the last few years. Shows such as Love Island, The Only Way is Essex and Made in Chelsea all play host to some of the most famous ‘influencers’ in the UK.

Many of these celebrities exit such franchises having built up a social media following throughout the shows’ duration, entering a whole new life being sponsored and followed by huge brands looking for ways to gain their advertising.

Only recently though, these social media icons received huge backlash after the scandal involving them travelling to Dubai, amidst the worst few weeks of a global pandemic. Their travel pictures are a hard thing to swallow at the best of times, never mind seeing them when no one can travel to see their grandparents.

Sandra Coffey, a publicity coach and media trainer, thinks that “Instagram is the worst for this” and now primarily focuses on LinkedIn and Facebook.

“Even though I do like the platform (Instagram) a lot, I don’t spend as much time there as I used to,” she says.

The publicity coach is not alone in her thoughts.

According to a survey conducted in 2017 consisting of almost 1,500 people aged 14-24 who were asked to score each of the social media platforms on various elements that affect their mental health, the findings matched Sandra’s thoughts.

They found that Instagram was ranked as being the worst social media platform for mental health, causing issues such as depression, body image troubles and bullying.

“On social media, it is most important to be yourself and to be comfortable with what you post. Authenticity is what people want and it’s why they (people) follow you or don’t,” says Sandra.

So, are influencers to blame for having to justify what you do and don’t share a lot on social media?

BBC’s Make Me Famous, an hour-long drama that aired in 2020, takes an in-depth look into influencers during that first year after they leave a reality show.

The hard-hitting programme was based off the true story of an influencer, whose identity remains unknown. We were shown the life of the made-up character ‘Billy’, who put on a façade during the show and gained a lot of media attention.

It is a highly interesting watch, showing the ups and downs of influencer culture and struggles they face that the general public may not even be aware about. The drama also frames these celebrities to be those responsible for why we post so much to our Instagram stories as they are seen doing it every hour or so.

Despite pointing the obvious finger at influencers for lots of us experiencing this unspoken pressure to share a lot of content on social media, there is also a more simplistic and natural explanation: loneliness.

According to the Government’s website, 45% of adults feel occasionally, sometimes or often lonely in England. This equates to twenty-five million people. It’s no secret that social media, despite having negative elements, also allows people to connect and feel part of a community in ways they never could before.

In a time when physical human interaction is not possible, platforms such as Zoom and Facetime have become far more used than they were pre-pandemic. Social media, however, can also help remedy loneliness for some.

“I feel like sharing a lot because I’m lonely and essentially, I hope it gets people interacting with me a bit,” says 24-year-old Benjamin.

“I’ll fully admit, some of it is me slyly fishing for some kind of compliment or positive reaction, to make me feel better about myself,” he says. “The truth is, I’ve never held myself in the highest regard and often assume that no one likes me. When that happens, sometimes I’ll post whatever I’m doing on Twitter, essentially looking for attention and a positive reaction.”

For Benjamin, getting a positive reaction on social media makes him feel included and less isolated.

There is often a sense of satisfaction when you receive a certain number of likes on Twitter or Instagram. However, this satisfaction soon wears off and you find yourself striving for more. Before you know it, this results in your posts going up as frequently as those of an influencer.

If 2020 has taught us anything, it is to be grateful for the time we do get to spend with those around us. So maybe, moving forward, we can all learn and take more time out for ourselves. In a simpler message, do what makes you happy, whether that is finding comfort in using social media or having a break from it entirely.