The Woman In The Window, based on the 2018 novel of the same name and starring Amy Adams, has been on the shelf for a while now.

Quite a while actually, considering filming wrapped in October 2018. Unfortunately, the psychological thriller has been massively affected – not just by the ever-present spectre of the pandemic, but also by delays due to negative responses from test audiences about the “confusing” plot.Thanks to a combination of both those factors, it was initially postponed from October 2019 to May 2020 and now it’s been taken off the release calendar indefinitely.

The rights to the film were originally owned by Fox 2000. It would have been the final film to be released under the Fox 2000 label due to new owners Disney deciding to discontinue it, but it now looks like the rights are going to be sold off to Netflix. This is definitely a very interesting development, considering that under Netflix ownership it could end up being released exclusively on the streaming service and not get a proper theatrical release at all. For those who were waiting to see the film in cinemas after being enthralled by the original novel, this could be a pretty huge letdown.

It seems that controversy follows The Woman In The Window closely. The author of the original novel A. J. Finn (real name Dan Mallory) has a very interesting past which may or may not include a large number of fabrications about what he did before he became a best-selling author. Furthermore, Scott Mendelson of Forbes has suggested that the primary reason that The Woman In The Window is being sold off to Netflix is simply that “it wasn’t very good,” citing the test screenings that made audiences uneasy as a primary factor. Yikes.

Time will tell whether The Woman In The Window is a commercial success. We just have to wait to see if the Netflix deal fully goes through and what Netflix’s plans are with the release of the film.

Tags: amy adams netflix the woman in the window 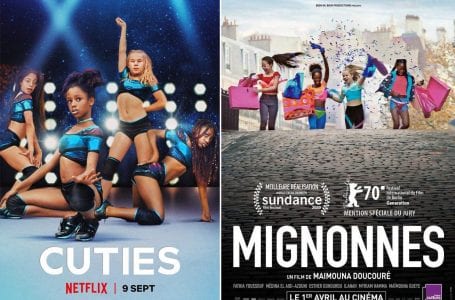 ‘Cuties’: Clearing Up The Controversial Discourse

Deluded Chaos in ‘The Devil All The...