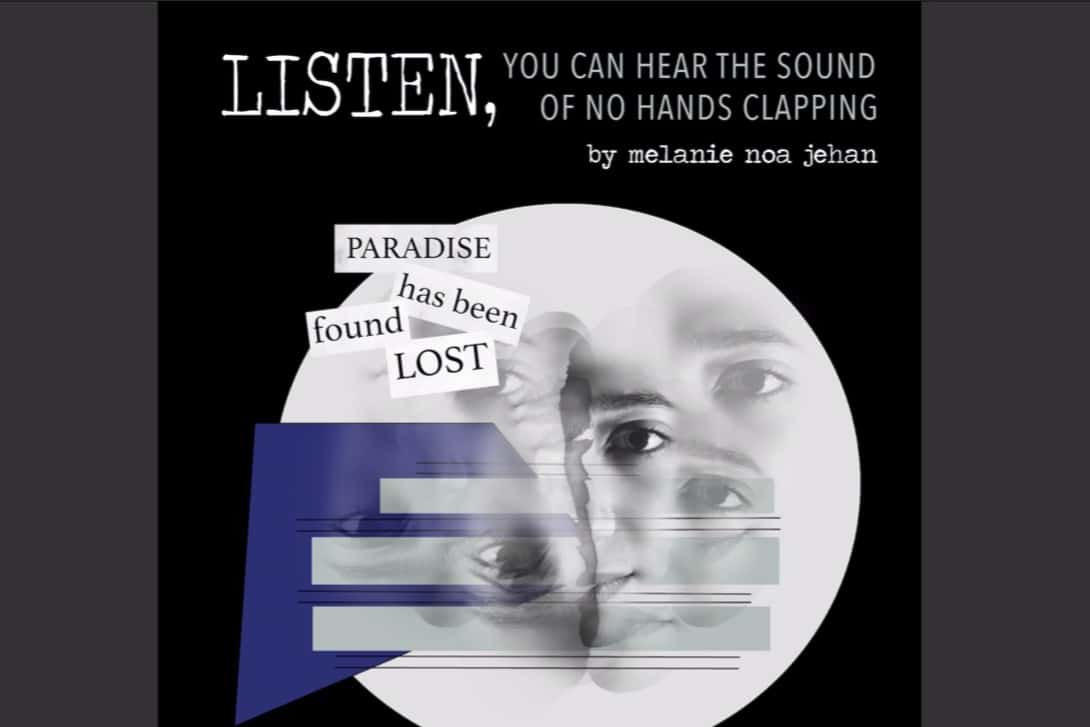 Ponder Theatre’s fifty-minute production of Listen, You Can Hear The Sound Of No Hands Clapping is written and directed by Melanie Noa Jehan, who devised her script by adapting John Milton’s Paradise Lost into an “avant-garde history play”.

The piece follows six era-defining historical figures, such as Homer and Katherine Parr, who explore well-known works of literature within a pub named ‘Ye Olde Cheshire Cheese.’ The company are taking their thought-provoking show to the Edinburgh Fringe Festival between the 12th and the 24th of August 2019, and so I reviewed them based on a preview at [email protected], before they head up to innovate the theatre scene in Scotland.

Listen, You Can Hear The Sound Of No Hands Clapping is largely driven by its dialogue, therefore it heavily relied on the strength of its actors. This performance definitely had the acting talent that the script required; Amelia Lloyd (The Director/Pinter), Emrys Liker-Brown (The Artist/Picasso), Phoebe Langan (Katherine Parr), Ejiro Imiruaye (Homer), Anna Stirling (Constance Fletcher), and Thomas Davy (Christopher Marlowe) all did a fantastic job in keeping the audience engaged with their impressive performances of extremely complex prose. However, it has to be said that the company’s stand out performances came from Langan, Davey and Imiruaye, whose careful consideration of character (both within their physicality and spoken performance) was a joy to watch. All three of these characters had beautiful costumes that were tailored to their stories in history and literature well, thanks to designers Jane Philpott and Alannah Marchewka.

Although I could respect how intricate, clever and thought-out the script was, I do feel as though those of us in the audience who hadn’t studied English struggled to grasp the narrative of the piece, and were left a little confused and underwhelmed by a concept that held so much promise. With such a niche idea involving characters that don’t speak modern English entering into the largest, most diverse arts festival in the world, I feel as though Listen, You Can Hear The Sound Of No Hands Clapping has the potential to go over a lot of people’s heads in Edinburgh. That being said, the script didn’t allow much room for characterisation, so perhaps if that was tailored for, the piece might have been easier for the audience to follow.

As well as its dialogue, Ponder Theatre’s work was driven by its physical elements, directed by Georgina Bennett. Towards the end of the play, there was a gorgeous moment where Davey (Christopher Marlowe) was in the centre of a huge cat’s cradle, created with an oversized white ribbon, an aesthetically beautiful highlight which stood out among the rest of the physical theatre. I really wish these short sections had been developed a little more so that we could have seen more of it!

During this preview, due to unforeseen circumstances, the technical elements of the piece were not how they are going to be at the Fringe, however I can imagine that the company’s planned lights and sound will ensure that the physical sections of the piece look even better than they did on the 5th of August.

Overall, Ponder Theatre’s production of Listen, You Can Hear The Sound Of No Hands Clapping captivated an exploration of the self and questioned if reality remains outside of language well. It was a piece that left me with lots to think about afterwards, achieved by the great strengths of all involved, production team and cast alike.