If previously unfamiliar with the play, Charles Edwards’ portrayal of the capricious king offers both a comedic and vulnerable introduction to Shakespeare’s Richard II. The 2015 production (now available on Globe Player) received praise for its fragile presentation of court theatrics, naming Simon Godwin as “one of our best classical directors.”

Deviating from the original script, Godwin chose to open the play upon the coronation of a ten-year-old Richard. The text focusses upon the last two years of his life but, by drawing in this scene, Godwin has historically contextualised the play. Far from a traditional approach, the two actors crossed each other as the younger Richard left the throne and the older Richard assumed his place, allowing for a slight pause to highlight this transition. Michael Billington dubbed the king “a manchild”, due to his supposed indifference which often gave way to humour. It is however, in my opinion, these comedic aspects which enlivened what could have otherwise been a monotonous production.

Edwards used subtle pauses to indicate indifference, also utilising asides in the script to connect with the audience through humour. Audience engagement was a strong aspect of the play, ranging from a pair of boots being thrown into the crowd in a slapstick goose chase, to a ladder leading up to the Middle Gallery during the scene in which the Gardener accidentally lets slip the unfortunate overthrow of Richard to his wife, Queen Isabel.

Now, these humorous aspects would make for, at best, a middling play which latches onto comedy in order to convey plot with no real depth through which we can witness the downfall of a king. However, Edwards brings a stunning vulnerability to the role, truly embodying the transformation Richard undergoes. Most notably, toward the beginning of the play, Richard stands on the upperstage with his arms outstretched, commanding respect and exuding power. Then, after he is forced to resign the crown, he gives an impassioned speech bidding farewell to his kingship, in which the audience become an extension of the courtiers who are sat listening on stage. Later, he appears from the trapdoor, sitting hunched and visibly wounded in the Tower of London.

Ultimately, for me, Charles Edwards was the best part of this production, perhaps even the redeeming feature of the whole play. For one unfamiliar with the text, he made it so easy and accessible, showcasing the true complexities of one of Shakespeare’s most problematic tragic heroes. 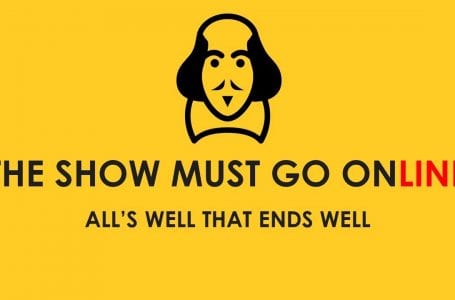