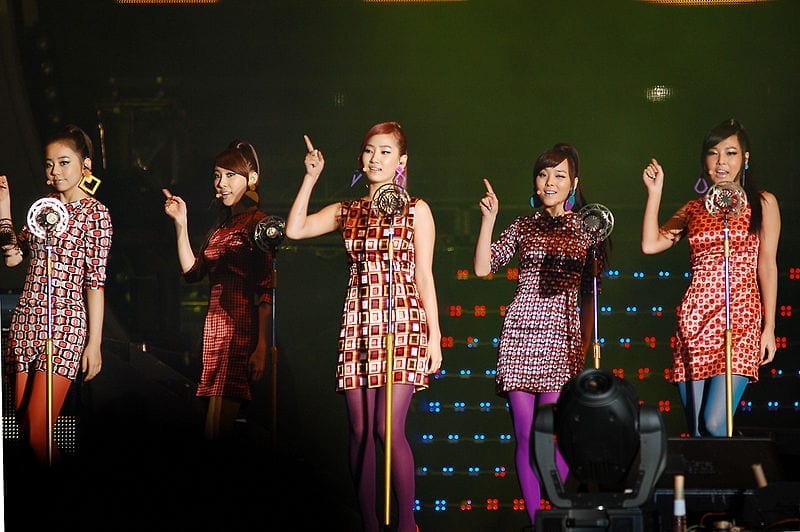 From unprecedented Grammy Award nominations through to revised military laws for artists in South Korea, K-pop has been the topic of diverse news stories throughout 2020. This overwhelming media presence reflects the astounding impact k-pop has had on modern pop, and the new-found respect for Korean music across the globe. In light of the genre’s rapid growth in popularity, let’s take a look at The Indiependent’s top five K-pop songs of all time.

In a bloated industry like K-pop, it’s difficult to establish success. But Seventeen, a boyband with thirteen members, managed to wow listeners with a fresh, funky track bursting with energy and flavour as part of 2016’s album Love & Letter (Repackage). The band, known for containing three “units” including Hip-Hop, Vocal and Performance, combined forces to create the ultimate feel-good song that tugs a smile from even the sincerest lips. From the sassy trumpet chorus to the punching vocals from frontman Dokyeom, it’s almost impossible to sit still through such an animated track.

Exuberance, energy, vibrancy and fun — all these flood in from the first striking note the K-pop girl-group sing. Summer romance has never been so sought after from listeners, who are enticed by the lively vocal flourishes, swells of horn and tasteful percussion. Production and song writing duo Caesar and Loui have truly brought the track to life. It’s one thing to write a song with a summer romance feel (Taylor Swift’s ‘22’, for example) but it’s another to reinvent it. The cheerleader verses Red Velvet master effortlessly combine with dubstep, leading into the gradual crescendo in the bridge. Undeniably, the unmatched serotonin boost the chorus brings will always be phenomenal.

Self-love, kindness and acceptance have been three main messages BTS wish to spread through their music. ‘Boy With Luv’ is no exception. From 2019’s Map of the Soul: Persona, the simplicity of the title, vibrant music video and lyrics beginning “how’s your day?” hint a striking new revelation that love doesn’t need to be presented in a sexually overpowering way. The catchy track beautifully showcases the variety of vocals in BTS. Starting with the delicately feminine intro by Jimin and diving into V’s baritone verse, the contrast is imminent and effective. It’s rare to have such range in a group of seven male members. Even rap presents a challenge — the pitch needs to match the chord progression — but both examples in ‘Boy With Luv’ are executed with precision and great talent.

Since 2016’s breakthrough single ‘Whistle’, BLACKPINK have presented themselves as four effortlessly cool pop stars. If it wasn’t clear enough from Jennie and Lisa’s sneering rap verses then, it’s obvious now from 2020’s assertive ‘How You Like That’. Every year K-pop sounds closer and closer to the global pop industry and drifts further from the culturally effective “feel-good” anthems of K-pop. ‘How You Like That’ takes a leap from that soft vibrancy to a blaring, dominant global hit with its sleek, flirtatious verses and pulsating dance-battle ending — a difference perhaps nobody saw coming. As K-pop takes the world by storm, BLACKPINK holds the reigns.

After temporary setbacks from injuries and member replacements, Wonder Girls set the ultimate standard with pop classic ‘Be My Baby’. In the ever-changing pop environment, it’s incredibly difficult to write something with enough stylish integrity to hold out years down the line. As much as ‘Be My Baby’ suits 2011, the year it came out, the effervescent track sits steady enough between a bubbly K-pop song and a lively dance-pop track, ageing neatly as pop develops over time. Although ‘How You Like That’ may be a better representation of music’s recent progress, it’s hard to tell whether it’ll remain popular in a decade the way ‘Be My Baby’ admirably does. In such a difficult time for the industry, artists have used lockdown to experiment with sounds and find a new outlook on music. But one thing’s for sure — a good dance-pop track never goes out of style when it’s done right.