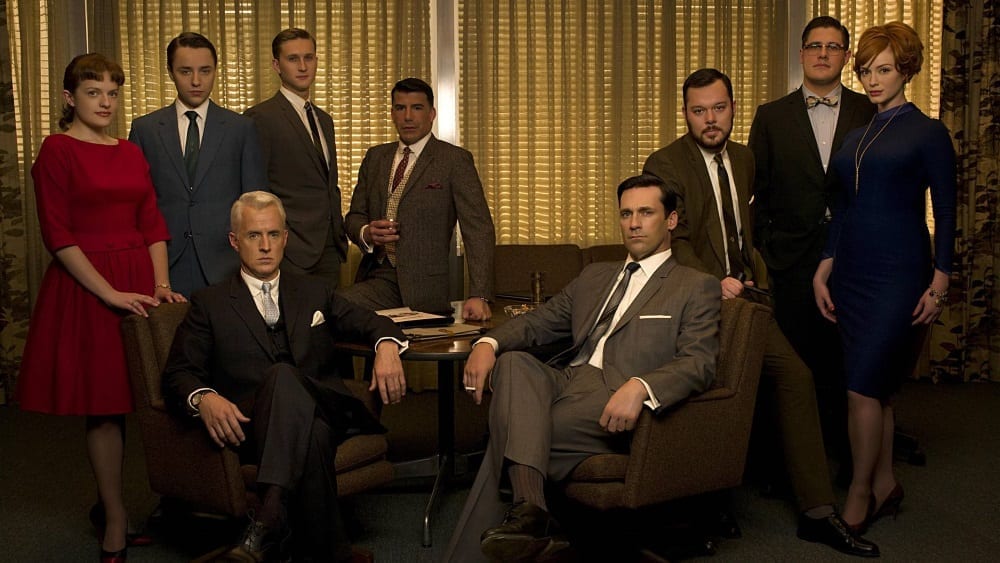 Welcome to The Indiependent’s Top TV of the Decade! In this feature, Tommy Farrell explores why Mad Men is one of his favourites…

AMC’s sprawling, meticulously produced, decade-spanning epic revolved around Don Draper, one of the Golden Age of Television’s greatest anti-heroes. The complexity and richness of his character – as well as Jon Hamm’s unimpeachable performance – are perhaps what people remember best about Mad Men. And perhaps rightly so: after all, many of the show’s most iconic episodes – ‘The Wheel’, ‘Shut the Door. Have a Seat’, ‘Person to Person’ – centre around Don and his charismatic genius.

But what made Mad Men truly great and elevated Matthew Weiner’s advertising opus into one of the decade’s most defining shows wasn’t the brilliance of its lead but the richness of its ensemble. Weiner possessed an extraordinary ability to fully flesh out the backstory and arc of every supporting character. The strength and depth of the supporting cast meant that as the show got deeper and deeper into its 92-episode run, it didn’t have to rely on Don to bear the emotional stakes and dramatic weight of the show alone.

Instead, Mad Men enjoyed the remarkable capacity to seamlessly shift gears and turn the spotlight onto to the lives of any number of its compelling and varied supporting characters; their stories could either work in tandem with Don’s as Peggy’s so often did (think ‘The Suitcase’ or ‘My Way’) or operate entirely alone as Joan’s was prone to do (think ‘Mystery Date’). This singular strength transformed what could have been just a well-acted, run of the mill period drama into a captivating masterpiece that will, as a result, likely long be considered one of the best shows of the 21st century.