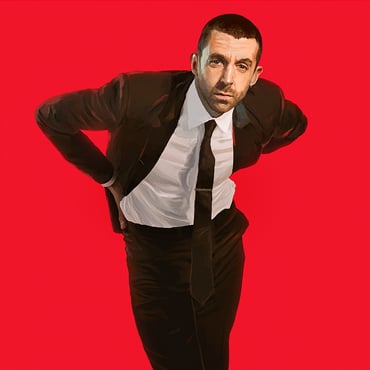 Ahead of the release of his fourth record, Change The Show, in January 2022, Miles Kane has dropped the third single off the album, ‘See Ya When I See Ya’. The singer-songwriter is very much a jack-of-all-trades rocker; he’s accomplished in banging out crunchy anthems as he is laidback ballads. ‘See Ya When I See Ya’ is definitely the latter, but is crafted so deliciously with a true big band atmosphere.

Kane almost transports us back to the age of Duke Ellington and Ella Fitzgerald, with guitars rid of all distortion and instead delighting in a light, introductory solo before the vocals launch. Jaunty piano chords and a consistent, laidback drumbeat form the backbone of the track, with brass and a Hammond Organ bulking out the mix considerably. It all works a treat with Kane’s raspy Wirral-based intonation.

Lyrically, it’s very much what you’d expect from a Miles Kane track. As he mentioned to DIY Magazine, it’s “about being confident in yourself and sticking to your gut”. The first verse introduces an anonymous figure, who is “leading a double life”, “acting as if you’re a Mr. Johnny-know-it-all”; this is spoken over carefree, jazzy oscillation between I and IV chords.

The chorus reveals that Miles is in no rush at all to meet this figure, the delightful I-V-IV-V musically reinforcing this laidback philosophy: “I’ll wait right here, I’lll see ya when I see ya”. In fact, this Jekyll and Hyde figure is so full of it that they put themselves in danger, “dancing with death in a bulletproof vest”, as Kane advises them to “Watch your step / Before it all goes west”.

The only bit of tension perhaps arrives in the bridge, where he seemingly improvises in the relative major; but this also includes the clearest indication of his philosophy: “When you’re dancing to your own beat you can be anything that you want”, instead of trying to be everything people want. And, when we return to the strutting four-chord chorus, Kane adlibs “I wouldn’t wanna be ya”, in case there was any doubt of his feeling towards this big man figure. It’s clear that just living true to yourself pays off.