The Indiependent We're providing budding journalists with experience & YOU with incredible articles
Home Lifestyle Art The Turner Prize 2016: Bottoms Up Or A Load Of Rubbish?
Facebook
Twitter
Pinterest
WhatsApp 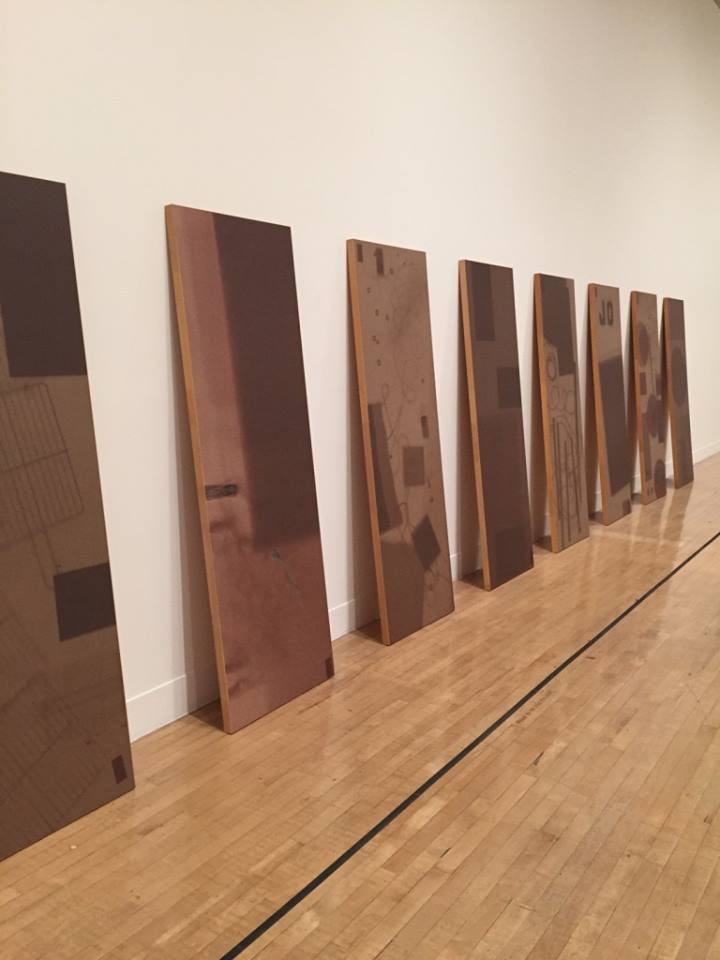 As a rule, the historic Turner Prize (established in 1984 for any medium of visual art) has always attracted criticism, if not controversy. This year’s exhibition was no different, with accomplished art critic Michael Gove railing against its ‘ugliness, nihilism and narcissism’ in a Twitter tirade which also succeeded in misspelling the name of the winner, Helen Marten.

“Congratulations to Helen Martin but is this = to Turner, Ruskin, even Holman Hunt – of course not” (@michaelgove)

Marten’s prizewinning exhibition featured miscellaneous objects arranged within, on and around one another. These included screen-prints, fabrics, metals and ceramics (notably a series of tools tied into a Japanese knot with a fishing net). It seems that the overall effect of the exhibition doesn’t stem from it as an entity of collected objects, but rather the individual intricacies of pattern, material and form.

Anthea Hamilton’s bold and innovative art has perhaps been mentioned the most in the media. Its most distinguishing feature is Project For Door, a sculpture of giant buttocks intended to be the entrance to an apartment block – a project which, for some reason, never came to fruition.

More eloquent is the series of delicately engraved chastity belts suspended from the ceiling. Inspired by Guimard’s designs for locks, each belt has been deliberately designed to fit the artist’s body exactly; an uncomfortable if thought-provoking notion.

The next artist to be featured is Josephine Pryde, who has created photograms by exposing Ikea kitchen tops to sunlight in various European cities. The result is similar to a silhouette, though with varying degrees of depth and tone. The pieces fade further each day and will eventually disappear into nothingness. Pryde herself had commented that they were a memento of life’s transience, a common theme in modern art of today.

Michael Dean, the only man shortlisted for this year’s Turner Prize, has also produced one of its most memorable pieces. United Kingdom poverty line for two adults and two children: twenty thousand four hundred and thirty six pounds sterling as published on 1st September 2016 is made up of £20,435.99 in a pile of pennies – that is, exactly one penny below the poverty line. At the edge of the coin pile stand four corrugated iron sheets, each measured to the height of either Dean, his wife or their two children. This gives Dean’s work a sense of the personal, though it clearly hadn’t been appreciated by the various spectators who took it upon themselves to throw twenty pence pieces into the artwork.

Upon exiting the exhibition, visitors are met with a large notice board open for public feedback. A few insightful, appreciative comments hide between numerous crude replicas of Project For Door, a description of the chastity belts as ‘metal granny knickers’ and several denunciations of modern art as a whole – which begs the question of whether the British public view the Turner Prize as valid art or, as telegraph writer Michael Henderson puts it, ‘vapid fluff for simpering sycophants’. Perhaps the only way to find out is to see it for yourself.

The Turner Prize 2016 was displayed at Tate Britain until January 2nd.

Words and photographs by Annabelle Fuller