It’s impossible to ignore the growing number of people working in film and television who have reported unwanted sexual advances from other industry figures. Recent events such as the sentencing of Harvey Weinstein have brought up questions about how this could have happened so prolifically, in what seems to be an almost universal experience for women, and a number of men as well. The #MeToo movement certainly opened the conversation, but the incarceration of one powerful man cannot put an end to systemic abuse in the entertainment industry; measures must be put in place to ensure safer working environments for all involved.

Thankfully, one such measure has already been introduced by way of ‘intimacy directors’ or ‘intimacy coordinators’. Their role is to protect actors involved in any scene involving sexual content or nudity, by ensuring everything is consented to and that everyone feels comfortable. This isn’t limited to intimate scenes — the coordinators also provide risk assessment, troubleshooting, and post-production debriefs. They work to make sure that, at every step of the way, those involved are supported, and most importantly comfortable, with the art they have created.

One prominent name in the world of intimacy directors is Ita O’Brien. In 2017, she brought forward a set of guidelines to ensure the safety and wellbeing of actors during intimate scenes and campaigned for them to be made standard practice across the industry. However this was met with some resistance. Some felt that these measures were a censorship of creativity, but closer inspection of O’Brien’s guidelines reveals that they do not outright ban anything. Instead, the main idea that O’Brien is pushing for is communication and consent — something that should influence all aspects of the industry, rather than just being limited to actors.

The addition of this kind of role could have been beneficial in shows such as renowned HBO fantasy-drama, Game of Thrones. Star Emilia Clarke has spoken out about how uncomfortable she felt during early seasons, where she would often cry before nude scenes, stating in an interview with Dax Shepard: “I took the job and then they sent me the scripts, and I was reading them, and I was like, ‘Oh, there’s the catch!’”. It was only as her confidence on set grew, and through the support of her on-screen romantic partner, Jason Momoa, that she felt she could question the need for these scenes, arguing that “the sheets [should] stay up”, only to be told she would “disappoint fans” by the powers that be.

This vastly differs from the experience of the young actors on Netflix’s Sex Education, a series that employed O’Brien directly, and who have spoken with joy and confidence about their experiences. Emma Mackey, the show’s Maeve Wiley, described the experience as “like a dance”, whilst co-star Aimee Lou Wood said: “I feel really grateful and also quite sad for the people who didn’t have that [support].” Hopefully, as intimacy directors become more commonplace in the industry, we will hear fewer stories like Clarke’s, and more like the stars of Sex Education.

In the wake of the horrors being uncovered by the Weinstein scandal and the #MeToo movement, it is heartening to know that there are steps being taken in the right direction. For example, the BBC appears to be making this practice routine, brining in intimacy directors for many of its shows — O’Brien herself is training more people for this important role whilst working on the set of A Brave New World (2020). In O’Brien’s words, “fight scenes in films are carefully choreographed and rehearsed – sex scenes should be the same”. A basic courtesy, that has been overlooked for far too long. 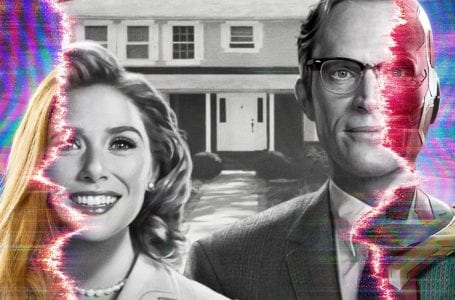