When the BBC aired an advert for a new, modern police drama called Cuffs, I was unsure. Hadn’t The Bill already set the tone for this kind of thing? Was it wise to create another programme that would see characters tackle crime, criminals and, in some cases, each other?

Over the course of its eight episode stint, Cuffs consistently brought in over four million viewers every week, thanks to its modern, edgy and incredibly fresh tone, making it a pretty successful show, and something for creator Julie Gearey to be proud of.

The show is set in the bubbly holiday destination of Brighton, and the action revolves around the fictional South Sussex Police force. Every character is fighting their own demons – PC Jake Vickers (Jacob Ifan) is homosexual, PC Ryan Draper (Ashley Walters)  is a widower, DC Carl Hawkins (Shaun Dooley) is a clumsy investigator who tries to please everyone, whilst DI Felix Kane (Paul Ready) is a mysterious singleton who leads an abnormally private personal life. A cast full of alternative and troubled souls all in their own ways, Cuffs has also dealt with serious illnesses, drugs, failed marriages and lack of self belief on the front line.

Not only has Cuffs challenged social morality, whether it be the characters, their actions or the depiction of the British criminal justice system, it has created and sustained believable story lines that wouldn’t be out of place in reality – let alone on television. The series has seen the team at South Sussex Police force uncover a mass supply of drugs, foil a series of muggings on teenage boys, deal with kidnapping attempts and an escapee iguana – all whilst bringing to light the private lives of each and every character.

Choosing to set the action in and around Brighton brought together every aspect of the show, whether it be the wonderful aerial camera shots of the sea, or the social context of twenty first century living. Every character is affected by modernistic values – PC Lino Moretti (Alex Carter) lacks physical confidence in himself, whilst the Chief Superintendent Robert Vickers (Peter Sullivan) is continuing his affair with the station’s DS Jo Moffat (Amanda Abbington) whilst his current wife battles cancer. Not to mention that PC Jake is his son. The whole nature of the show serves a symbol for society. How often do we see corruption in the headlines? Affairs? Lack of confidence or self belief that can sometimes, end terribly? All too often, and Cuffs has laid this all bare for us, making us empathise and realise that the show has seriously, deeply and fantastically, rewritten real life.

Every character has had a profound impact on the show, whether it be because of their sexuality, ideas or attitude towards their job fighting crime. Cuffs has portrayed to us what we don’t usually see of policemen and women – their own flaws, that are sometimes very similar to our own. 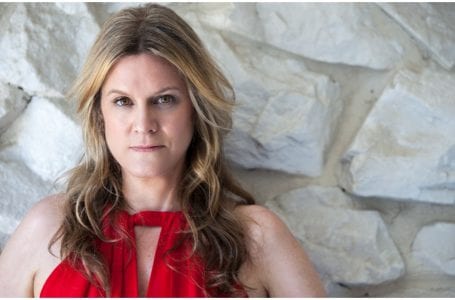