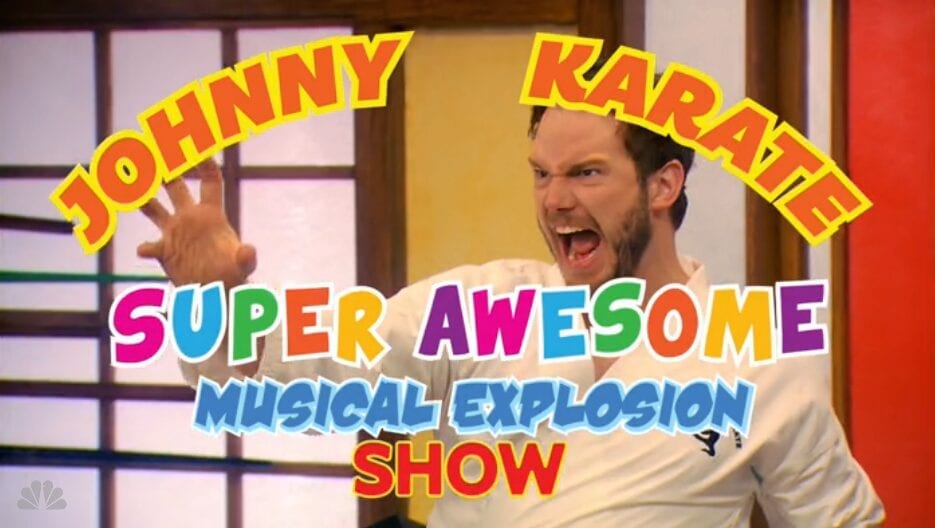 The Johnny Karate Super Awesome Music Explosion Show rides the wave of Andy’s recent success without ever crashing down. As a character widely recognised for his juvenile optimism and nonchalant approach to life, using his alter ego as a means of bidding Andy farewell was a genius move on behalf of the creators. Despite being in character as the beloved Johnny Karate, the interactions with the other characters seem incredibly genuine, none more so than in his emotionally charged scenes with April. Her anxiety from last week’s double bill is still present in this episode, but there’s more of a sense of guilt on her part; it’s only recently that Andy has found his feet in a job that he pours his heart and soul into and that seems tailor made for him. Witnessing April standing by on the side-lines whilst Johnny Karate bids his last farewell is a very touching moment. Not only does it give insight into just how much the show means to Andy, but it showcases just how important Andy is to April.

This episode effectively serves to demolish the fourth wall. Pointing the finger at television formats in general, there are typical skits with guest stars that expertly make use of the character building features we have come to know and love over the years. There’s a workshop skit with Ron that sees him butting heads with an ever enthusiastic Andy, and a science corner with Ben that comes with an added ‘boring button’. The biggest laughs, though, come from the satirical adverts slotted throughout the episode. Ron’s brief but beautiful attempt to plug his company is downright hilarious, and there’s a surprising new business venture that sees the merger of Verizon, Exxon, and Chipotle (really).

“Shia LeBeouf is one hell of a jewelry designer. He’s really found his calling.”

In a wider sense, it feels as if the creators have used The Johnny Karate Super Awesome Music Explosion Show as a means of gradually allowing viewers to adjust to the fact that the final curtain call on Parks and Rec is steadily approaching. It’s not all doom and gloom, though. Much like the actors themselves, there’s consolation in the fact that the characters have a new life awaiting them. Whether it is in Washington, Chicago, or just a fresh start in good ol’ Pawnee, Indiana, there is something fresh on the horizon.

Two Funerals, on the other hand, seems to highlight just how much has changed for the Parks crew. We’ve watched them grow older and wiser (except you, Jean-Ralphio) over the years, transforming into the wonderfully well-rounded characters they are today. Even though there’s a focus on Ron and his dealings with death and loss, it sort of feels like Two Funerals is Tom’s episode. 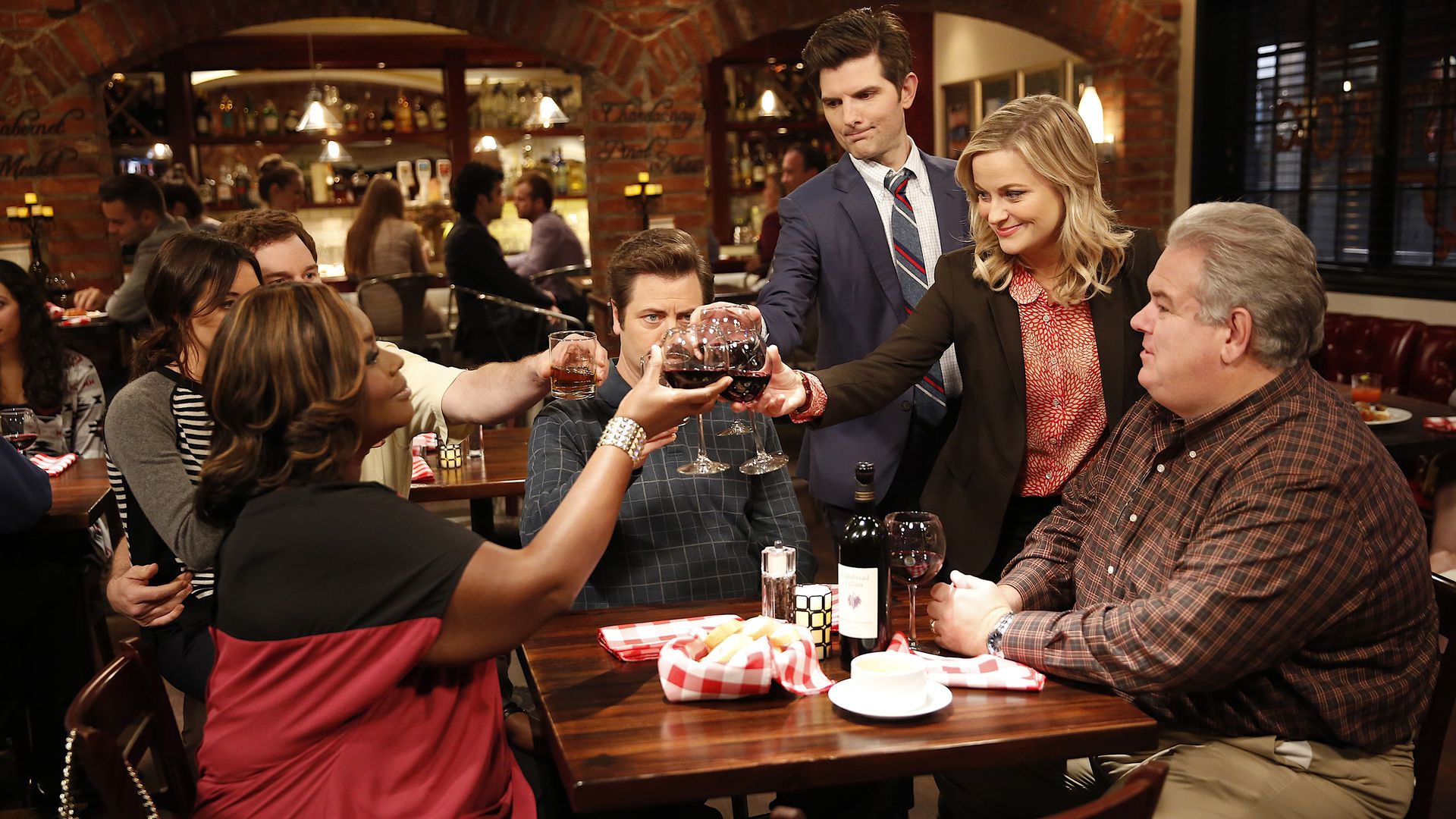 Tom Haverford has divided fans for many years; whilst some find his obsession with pop culture and being the hottest young thing on the block, others find him silly. Regardless of your opinion on him, however, there is no denying that his adoration for Lucy has taught him everything he needs to know about life, and in particular what it’s like to live life for someone other than you. Dead set on proposing to his new love, he enlists the help of Leslie to make it go off with a bang. The plan? Shoot a dramatic short film that involves him pulling out a ring in a James Bond-esque declaration of his commitment. However, when it comes down to it, Tom has the sudden realisation that it might be time to halt the dramatic proceedings and take a more sentimental approach.

Then there’s Garry. The tables have turned this season in regards to the way that the show has approached Garry. Even though he’s still a blabbering ball of hopelessness, the crew seem to be intent on giving him the send off he truly deserves. In the struggle to find a replacement for Mayor Gunderson, Ben suggests Garry takes on the role, much to the disappointment of April. Of course he couldn’t snap up the offer quick enough, and we get a real sense of the love that everyone has for Garry, despite what they may say to his face.

Whilst most of out beloved characters have undergone a huge transformation since the show’s origin all those years ago, there’s one man who has stayed pretty constant throughout: Mr. Ron Swanson. He may have a new family and be in a job that doesn’t oppose everything he stands for, but Ron simply has no need to move on. As Two Funerals shows, (thanks to the help of an incredible appearance from Bill Murray as the recently deceased but still smiling Mayor Gunderson) change can be healthy, but it also isn’t a necessity. Mourning the death of his long-time friend and barber, Ron must face the harsh reality that not everything can last forever. A visit to Typhoon’s barber shop reaffirms what makes Ron such a great character. It would be easy for his cynicism to make him staunchly anti-change, but his kind-hearted nature (as long as it may take to discover) means that he’s open to adapting to the peaks and troughs of life. After all, who doesn’t have a distaste for Europe and bicycles.