For a show that so heavily features ‘the Upside Down’, the third season of Stranger Things surprisingly treads familiar ground, and not always for the better. It’s evident that the show’s formulaic structure works wonderfully for Netflix and its binge-loving audiences, but the separated character plots that are *pretends to be shocked* actually all connected, that take place over the course of a few days, are beginning to wear a little thin. Say what you will about season two’s divisive standalone episode, ‘The Lost Sister’, it was a natural continuation of Eleven’s (Millie Bobby Brown) emotional arc and furthered our understanding of her character and her past, whilst boldly breaking the expected narrative structure of the season. Notably, its divisiveness has led to the storyline being dropped entirely, at least for the third season – somewhat unfortunate considering the wealth of unanswered questions we are left with.

Whilst new character dynamics are explored and existing ones deepened, the show’s almost real-time pacing deprives us of those character relationships that worked so well in previous seasons. Hopper (David Harbour) and Joyce’s (Winona Ryder) pairing makes narrative sense, the will-they-won’t-they tension reaching boiling point by season three, but their relationship pales in comparison to the beautiful dynamics they have with their respective children; Hopper and Eleven’s unlikely duo proved to be a true highlight of season two, and Joyce’s unwavering love and protection of Will (Noah Schnapp) practically drove the plot of the show up till now. Similarly, although Nancy (Natalia Dyer) and Jonathan’s (Charlie Heaton) investigative journalism subplot (that not-so-subtly dealt with misogyny in the workplace) certainly had potential, their arc and the characters’ usefulness and importance to the narrative were rendered obsolete by the season’s halfway point. 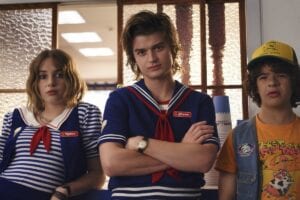 (Gaten Matarazzo) and Steve’s (Joe Keery) brilliant bromantic comedy duo to form the ‘Scoops Troop’, this team’s adventure is easily the most interesting, and the most fun, storyline season three has to offer. Robin is a breath of fresh air, battling Steve’s sardonic wit with her own mix of cynicism and bluntness and usually emerging victorious, making it all the more fortunate that the show subverts 80s tropes and audience expectations by leaving the two as just friends – Robin is gay, as revealed towards the end of the season in a sweet scene performed beautifully by Hawke and Keery, one that will surely cement Robin and Steve as fan-favourites. The ice-cream loving, communist-hating Erica provides much of the season’s laugh out loud moments, and Ferguson eats up the role. Here’s hoping the end of her arc of this season indicates she won’t be relegated to the ‘sassy black girl’ part (a problematic but all-too-common trope) in future instalments.

As suggested above, the show luckily improves its depiction of women in general – no longer just 80s archetypes (frantic mother, supernatural little girl, tomboy, prom queen, etc.), but fully formed characters with differing motivations and experiences, and perhaps most crucially, fully formed characters who spend significant time together. Eleven and Max’s (Sadie Sink) blossoming friendship, centred around female empowerment and genuine care for each other, is a welcome course-correct after last season’s unnecessary resentment between the two. Similarly, Nancy’s arc is career motivated, Joyce’s arc is kick-started by something other than being a mother or a romantic partner, and Robin and Erica are crucial to the uncovering of the Russians’ plan.

Where character work is let down however, is Jim Hopper. In previous seasons charming, 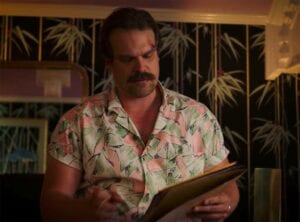 measured, and endlessly kind, despite his tough exterior and traumatic past, Stranger Things 3 portrays Hopper as violent, unpredictable, cocky, and toxically over-protective, somewhat tarnishing the legacy of the show’s once-loved leading man. It was clear from season two that Hopper was woefully unprepared to be Eleven’s father figure, still suffering from the trauma of losing his biological daughter only a few years previously, but these issues were dealt with gracefully over the course of the last season, with both Hopper and Eleven accepting their respective shortcomings in the relationship. Whilst it would be unrealistic for Hopper to be the perfect father in season three, it comes across as though his character has inexplicably reverted to his pre-season one persona. His violent, unpredictable tendencies are not funny, or cool, or likeable in the least, and therefore make his death* far less emotional than it would have been following season two, for example. His posthumous letter to Eleven is the one of the very few reminders of the Hopper we all knew and loved, but screams ‘too little, too late’.

This season’s visual effects and general 80s aesthetic are more prominent than ever, and have never looked more impressive. ‘The Battle of Starcourt’ is a particular highlight, with the fireworks attack on the Mind Flayer in the mall possibly being the show’s most beautifully crafted scene, at least visually. The injection of loud, 80s summer colour is certainly a welcome one, showcasing Hawkins in a new light, whilst working in tandem with the bolder, more comedic tone of this instalment. However, this is arguably detrimental to the scare factor of the show. Despite intricate CGI work, the assembled body of the Mind Flayer fails to match the horror of season one’s Demogorgon, or the creeping, ominous presence of the Flayer in season two. The Duffer brothers’ take on Invasion of the Body Snatchers was initially an inspired choice, but, as with many promising plotlines this season, this was quickly dispatched in favour of something more familiar. Additionally, the number of villains this season was far too excessive, with the Mayor and the pseudo-Terminator never fully living up to their potential, and the

Russians’ ultimate goal still unclear, leaving them to fulfil the ‘evil because they’re Soviets’ trope. However, Dacre Montgomery excelled as the ‘flayed’ Billy, being the only villainous character this year to genuinely scare; a brutal, truly malicious force complimented by hints of tragedy, seen in the real Billy’s psyche, after suffering years of abuse at the hands of his father.

Perhaps the most disappointing aspect of this season was that it had a wonderful, tried-and-tested underlying theme that was not only staggeringly prominent in the 80s entertainment the show emulates, but one that will always resonate with audiences both young and old: the trials of growing up – and yet, it side-lines this for most of the narrative! What could have been equally heart-warming and heart-breaking coming of age character arcs were either reduced to comedy moments, or used as plot devices. The season’s coda should have been an ending that subverted expectations and shattered hearts, with friends being separated by physical distance being a hallmark of entering adulthood, and yet, the Byers moving away was referenced maybe twice throughout the entire season, squandering a chance to delve into the reactions of each character to this emotionally painful and dynamic-altering news. If season four is to be the show’s last, let’s hope that these coming of age undertones become overtones.

Stranger Things 3 is an undeniably enjoyable ride, but despite some great comedy and (mostly) lovable characters, this season ironically becomes a metaphor for the 80s American capitalist/consumerist culture it parodies: shiny and exciting on the surface, but somewhat empty and disappointing underneath.

*Come on, guys. Hopper’s not really dead. It seems he’s just a Soviet prisoner with a hungry Demogorgon mere metres away – yay! 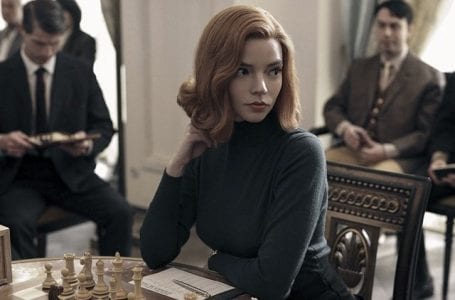 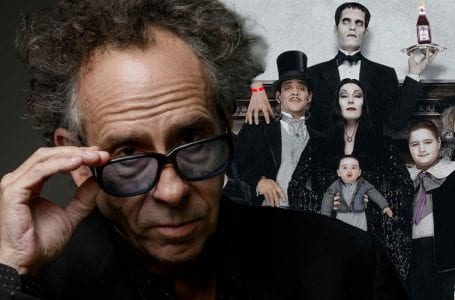