Many old school gamers will recall the Army Men series during the Fifth-Generation era and how it depicted the age old battle of Green vs. Tan. Those who wish to once again experience that war will take a liking to The Mean Greens for the PC.

The Mean Green is a third-person multiplayer shooter that has players fight as either the Green Army or the Tan Army in maps based on household locations. Individuals who either enjoyed the classic Army Men games or are bored with shooters that focus on gritty realism will enjoy this unique title.

The game offers players 10 maps to battle in along with a selection of 10 different gameplay modes. The gameplay modes are the basic ones found in any multiplayer shooter which include Death Match and Capture the Flag. 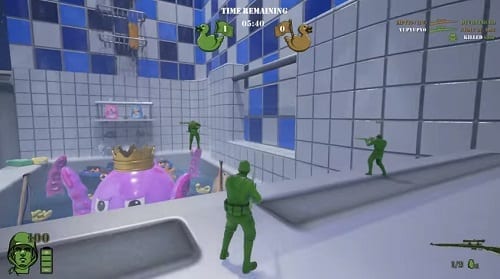 While the gameplay modes may not bring any wow factor, it’s the layout and design of the maps that make this game memorable outside the nostalgia elements. The Mean Greens features levels that are either inspired by moments from Sarge’s Heroes or are original designs that fit well into toy world setting. Overall; Virtual Basement did an excellent job of using the Unreal 4 engine to create these detailed maps that player will appreciate.

Some may feel the games only straight comes from its nostalgia factor, this is a wrong assumption to make, as any gamer will enjoy The Mean Greens regardless if they played Army Men. However there are a few issues that are holding it back and might make a gamer second guess themselves. 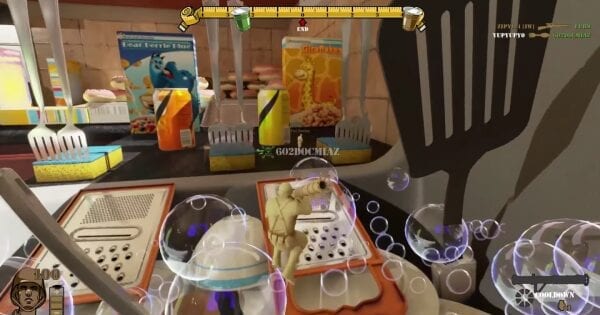 The biggest issue that plagues The Mean Green is the lack of a single-player campaign, which creates two major problems; the first is that the Army Men games were mostly known for their single-player campaign. The second is that there are already too many multiplayer games available on Steam while the most popular ones are free to download. Plus, The Mean Green mostly appeals to a niche audience- there have been a few times where finding an active server has been difficult due to be a limited amount of players.

Despite those minor setbacks, The Mean Green is a multiplayer shooter that will appeal to both old school gamers who want a nostalgic battle or a new generation of gamers who want to play something different on the PC. 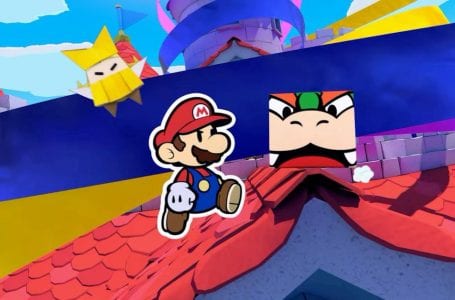