ITV’s longstanding reality TV format is back this weekend for its 20th series, but for the first time in its 18-year history, the show’s contestants, and viewers, will not be transported to an Australian jungle. It was announced earlier this year that I’m a Celebrity… Get Me Out of Here! would be moving location due to COVID-19 and setting up camp in the quiet, rolling hills of North Wales – in a haunted castle to be exact.

I’m a Celebrity’s official location is Gwrych Castle in Abergele, so viewers can expect quite a contrast from the tropical jungle that has hosted the show since it launched in 2002. On the move, ITV Studios’ director of entertainment Richard Cowles said:

“We pulled out all the stops to try and make the series happen in Australia. Unfortunately, due to the ongoing COVID-19 pandemic and despite us looking at many different contingencies, it became apparent that it just wasn’t possible for us to travel and make the show there. However, we are all really excited about a UK version of I’m a Celebrity. While it will certainly be different producing the show from the UK, the same tone and feel will remain.”

Despite the change in location, we can still expect the same hilarity from the show’s presenters, Ant and Dec, along with some gruesome trials for its celebrity line-up – although it is expected these will be spookier than previous series.

There has been vast speculation on who will be appearing on this year’s I’m a Celebrity, and with no famous faces miraculously appearing at Australian airports, it was not as easy for the media to predict. However, the final line-up has been revealed, and contains the usual mix of actors, athletes, and broadcasters. Let’s take a look…

Taking to the castle this year will be Olympic gold medallist Mo Farah, along with record-braking Paralympian Hollie Arnold. It is the first time either of them have stepped away from athletics and into the reality TV spotlight, however as athletes, you would expect both of them to be able to focus their mind on any trial they are given.

Someone certainly not scared of the spotlight is Strictly Come Dancing professional AJ Pritchard, brother to 2019 Love Island-er Curtis Pritchard. He is used to putting on a show every Saturday night, but the cold, haunted castle will be quite a contrast to the fake tan and bright lights of Strictly.

The 2020 line-up is, as usual, not short of soap stars, with Shane Ritchie (Alfie Moon, EastEnders), Jessica Plummer (Chantelle Atkins, EastEnders) and Beverley Callard (Liz McDonald, Coronation Street) all entering the castle. Ritchie, also a comedian, is set to make the camp and viewers laugh, so could make it far in the series.

Famed for her popular morning news show, Victoria Derbyshire will be waving goodbye to the newsroom and saying hello to the Bushtucker trials. Although she may not being doing them for long, as she’s tipped to be the first to leave the 2020 series.

ITV bosses have supposedly asked Vernon Kay, presenter and husband to Tess Daly, to take part in the show multiple times, but have managed to secure him for this unique series. Kay will be one of the highest paid celebrities in this year’s show, reportedly taking away a quarter of a million pounds.

BBC Radio 1 DJ Jordan North is amongst the favourites to win. North will be one of the lesser-known celebrities when he steps into camp, but as we know from previous series, that’s often a recipe to win. Scarlett Moffatt took the crown in 2016, and Georgia Toffolo in 2017, both of which were paid relatively small amounts to appear compared to their campmates.

Author and podcast host Giovanna Fletcher is the final celebrity confirmed for the show. With her huge social media following, famous husband (Tom Fletcher from McFly), and candid podcast, she is set to win the hearts of the nation according to the bookies. With women winning four out of the last five series, Fletcher’s in with a good chance of being crowned queen of the castle in 2020.

Although ITV bosses have promised “the tone and feel will remain the same” there is no confirmation on what this could mean for the trials. However, with the castle supposedly haunted, there is likely to be a spooky spin on some classic challenges.

One thing’s for sure, the format this year could be the toughest yet. The celebrities will have to brave the wind, rain and freezing temperatures of North Wales, whilst their predecessors had the luxury of sunbathing in New South Wales. Perhaps this year, we’ll get quite a few contestants screaming the dreaded words “I’m a celebrity, get me out of here!”

I’m a Celebrity… Get Me Out of Here! starts on ITV1 on Sunday 15 November at 9pm. 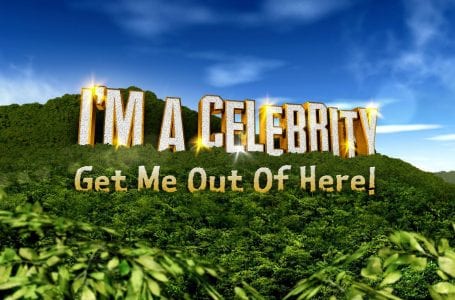