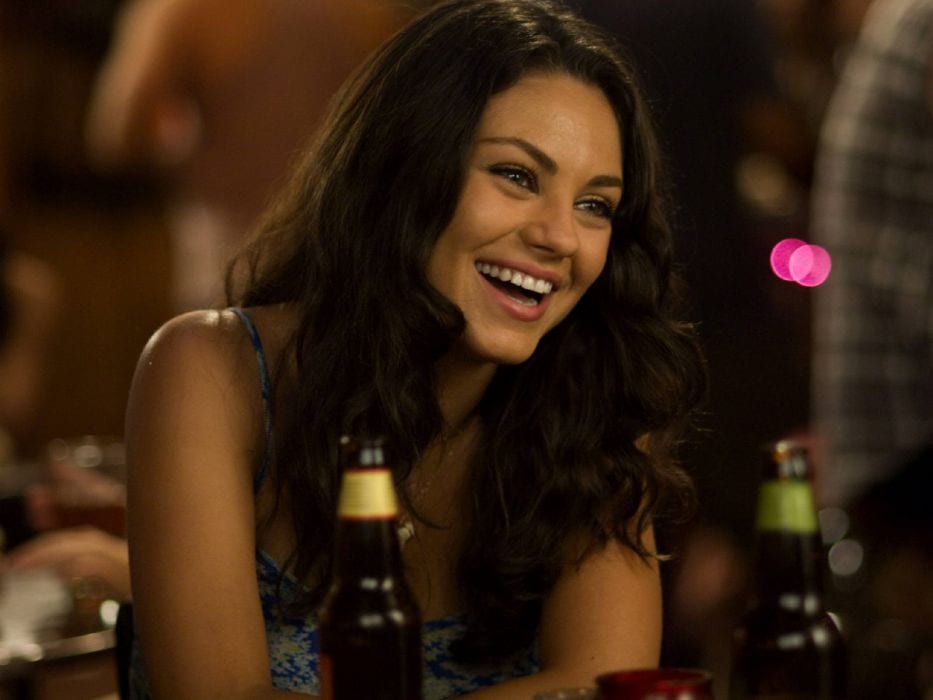 When a girl drinks beer, enjoys sport or is vaguely kooky, it’s not uncommon to hear those dreaded words from their male love interests: “you’re not like other girls.” This is not a compliment. It’s offensive. The male-dominated film industry is full of outdated attitudes that, in their efforts to creative unique love interests, actually diminish and pigeonhole women into male-fantasy personas. Several questionable tropes appear in films: ‘she’s not like other girls’, ‘cool girl’ and the ‘manic pixie dream girl’ to name a few. What this results in is not just a narrow view of women who are just as three-dimensional as men, but a harmful precedent for female viewers to ingest this and suffer internalized misogyny.

When it comes to the ‘she’s not like other girls’—also known as the ‘cool girl’—things can get a little bit problematic. This phrase describes a girl who doesn’t display ‘typically feminine’ characteristics which, by a lot of men’s standards, is whiney, clingy or superficial. This character devours greasy burgers while still being skinny, she plays rough with the dudes and she tells dirty jokes. Or, she completely dismisses ‘feminine’ things, from make-up to the colour pink, as lame. Bella from Twilight and Becca from Pitch Perfect are just two of many examples, but it’s not just rom-coms. The Marvel character Natasha Romanoff, played by Scarlett Johansson is portrayed as ‘one of the guys.’ On the other hand, when Captain Marvel was released, Carol Danvers was criticised for being stronger than the male superheroes. Although they want a tough female, they still wanted control over her.

Not only are these ‘cool’ characters consciously made to be less stereotypically feminine, but they also often let men get away with all kinds of nonsense. This isn’t realistic—it’s a male fantasy. Although the intent may be to give a voice to outsiders, the trope is exclusionary: showing women who want to be ‘less feminine’, in effect, suggests that ‘masculine’ traits and attitudes are idealised. The trope also carries hints of internalised misogyny, as characters are proud in their declarations of being different to other girls in the hope of seeming carefree and cool.

Another common trope is the ‘manic pixie dream girl.’ These characters are also supposed to be different from other girls. These underdeveloped, happy-go-lucky women are usually paired with a lonely or despairing man. They are quirky, eccentric and often a little too tolerant of the male protagonist. They solely exist to change the male character’s perspective on life and to essentially develop his character by giving him life-changing advice. Making the character quirky and different as their only personality trait is not developing a character­—it’s lazy. Creating a character whose purpose is to better a man is a male fantasy built on misogyny. Grace Town from Chemical Hearts is an example: she is surly, dresses differently from the other girls and we barely see the world from her eyes. The male character, Henry, becomes more interesting and completes his college essay, thanks to Grace, whereas Grace pretty much disappears. She may not be happy-go-lucky, but her purpose was to change Henry’s life for the better. Female characters such as Grace deserve to have more of their own stories and to get better endings.

The ‘not like other girls’ and the ‘manic pixie dream girl’ tropes can negatively impact their female viewers, because they create a false ideal of how we can make ourselves more mysterious and therefore desirable to men. We are now consuming more cinema than ever, making films even more influential. Suggesting that characters who are ‘not like other girls’ are preferred may make girls think that stereotypical femineity is not cool, or even embarrassing. Girls often go through fazes of trying to be these characters, but they don’t last because their characters set impossible standards: not everyone can be carefree, chilled or wacky. For centuries, women have been undermined and seen as the weaker sex. In the same way that women should not be forced to be ‘typically feminine’ and wear dresses and make-up if they don’t want to, saying that females should be less feminine can be harmful—nobody should have to change who they are to be liked.

Penny Lane in Almost Famous. Summer in 500 Days Of Summer. Rachel in Forgetting Sarah Marshall. Mary in There’s Something About Mary. Although these characters are unrealistic and maddening, we can’t blame them. They were created by men, for men. By making fun of these characters and the people trying to be them, we are tearing women down and giving in to internalised misogyny.

These characters are myths created by men who want to write about their visions of a perfect woman. It all runs down to how films define a woman’s importance by how desirable they are to men. Teaching girls that stereotypically ‘girly’ things are undesirable is infuriating and misogynistic. Women are just as complex and interesting as men and the film industry should reflect that.

In 2020, the number of women who worked in the film industry reached a historic high. However, women only accounted for 16% of directors who worked on 2020’s 100 highest-grossing films. The conversation about sexism in the film industry is not new—and these trite films with simplistic renderings of women will continue to rear their ugly heads without systemic change and gender balance in the industry.