Still riding the wave of Malcom & Marie hype (one of the first films to be fully shot during lockdown) and the Emmy win for Euphoria, Zendaya has already found her new role: Ronnie Spector.

Chosen for the role by Spector herself, the film is set to follow much of the singer’s personal life and career, laid out in the memoir “Be My Baby” which she wrote with Vince Waldron.

Spector grew up in Spanish Harlem and formed The Ronettes, whose first hit in 1963 became the name of Spector’s memoir. After signing to Philles Records, she married Phil Spector – but subsequently got a divorce. She was inducted into the Rock and Roll Hall of Fame, with her career even skyrocketing again thanks to a duet with Eddie Money in 1986. At the very basest level, Spector and Zendaya have at least one thing in common: their busy lives!

Zendaya meanwhile, has proved herself to be one of the most versatile actors of this century. From family-favourite films like The Greatest Showman and the Spider-Man films, to the acclaimed series Euphoria, the upcoming Dune and Malcom & Marie – she’s somewhat of an unstoppable force, even in light of a pandemic. And with La La Land’s Marc Platt onboard as one of the producers, it looks like a proper dream team is being put together.

A24, meanwhile, has become a studio with a cult following in recent years. Much more capable of range than many other studios, (having made everything from the Robert Pattinson and Willem Dafoe sea-shanty-singing/seagull bashing fever dream The Lighthouse to heart-warming coming-of-age Lady Bird), they seem like the right people to bring Spector’s story to life. The studio also produces Euphoria and will partner again with New Regency – as they did for The Lighthouse and Malcom & Marie.

But my biggest hope? That enough cinemas are open in time to show this. Spector’s life deserves to be seen on the big screen, and we won’t “Say Goodbye to Hollywood” before the film is ultimately released. 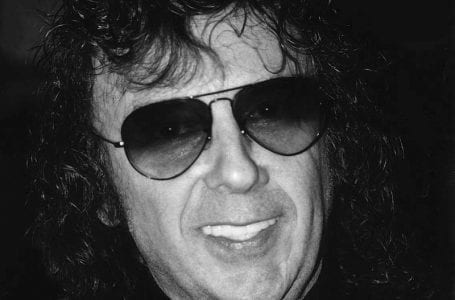 Darren Aronofsky To Direct ‘The Whale’ For...

Cultures Unite in the First Trailer for...