Savvas D. Michael’s Red Rage is as crazy as it sounds. A vigilante couple tear through their town’s drug underworld in a spell of murderous lust; the husband, Oscar (Jack Turner), claims the killings were inspired by a vision from God, while the wife, Ella (Fernanda Diniz), is uncontrollably aroused by her husband’s homicidal obsession. […]Read More

Sequin in a Blue Room, opens with a game of glances between two people. Finding themselves in a seemingly empty library, their glances confirm they’re there for the same reason. They move closer, until a cough interrupts them—It may as well be a gunshot in its volume and the weight it carries. The moment is […]Read More

“Damn the man! Save the Empire!’ floppy-haired stoner Mark shouts over the reporter who broadcasts the closure of Empire Records, an independent record store to rival any of nineties middle America. His straightforward cry encapsulates Empire Record’s (1995) spirit - one of adolescent rebellion and unquestioning enthusiasm.Read More

A relationship between a teenage girl and an adult man is always going to be an uncomfortable subject to portray in film. But writer, director and lead actress Suzanne Lindon treats the central relationship in Spring Blossom with sensitivity and uncomfortable awe. The fact that Lindon was a teenager when she wrote the script is […]Read More

A Nightmare Wakes is a gothic tale of misery and monsters that, despite its interesting premise, manages to fall rather flat. Within the first ten minutes, Lord Byron (Philippe Bowgen) declares to his friends that he is quite bored, a feeling which quite frankly remains throughout the film. With the slow pace and lack of […]Read More

‘The Lost Sons’ Is A Riveting Search For Truth: SXSW

A baby is taken from a hospital without a trace. 15 months later, a toddler is found abandoned in a city 800 miles away. Could this be the same child? And if so, how on earth did he get there? The Lost Sons goes in search of answers. As the end credits of Ursula Macfarlane’s […]Read More

In Poppy Field, the philosophy of art blends with the sad reality of our current political landscape, where there is still an attempt to silence and censor queer art and expression in seemingly liberal European countries.  When Levan Akin’s film And Then We Danced was released in 2019, ultra-conservative groups raided screenings of the film […]Read More

Though linguistically sparse, the power of Mandabi lies in the visual, often humorous details, which capture the monotonous bureaucracy of Senegal in a colourful fable. This new 4K restoration of Ousmane Sembène’s pioneering 1968 film leads us through the painful progress of long-unemployed Ibrahima as he tries to cash a money order sent from Paris […]Read More

‘Promising Young Woman’ Lands With A Whimper, Not A Bang:

When the trailer dropped for Emerald Fennell’s feature film debut, audiences were enraptured at the promise of a candy-coated #MeToo tale of sweet, sweet vengeance. On delivery, Promising Young Woman is a wild ride, bedecked in vibrant colours and boasting an exciting soundtrack. So why does it leave a bitter taste? Starring the wonderful Carey […]Read More

‘Judas And The Black Messiah’ – Fred Hampton Biopic As

“I… Am… A Revolutionary!” These dominant words will be racing through your brain after Judas and the Black Messiah’s brutal climax. It’s a simple phrase, but its powerful implications have a hopeful universality that is always relevant. Judas and the Black Messiah explores this universal struggle against the powers that be, and the inevitable injustices that those who […]Read More

‘Boy Meets Boy’ — A Sobering Drama About The Reality

Boy Meets Boy, the debut directorial feature from Daniel Sánchez López, does everything in its power to subvert your expectations of what a romance film is. From the silent, languid opening scene to its melancholic and sobering ending, Boy Meets Boy is an experience that shows love how it really is, rather than how Hollywood […]Read More

Tom Prior and Oleg Zagorodnii star as Soviet Air Force soldiers grappling with sexual tension and professional pride in Peeter Rebane’s debut feature. But with its familiar structure and sanitized approach, Firebird is perhaps enthralling to a fault. Based on a true story, Estonian director Peeter Rebane first discovered Sergey Fetiso when he read his […]Read More

Imagine finding that all your belongings in your bedroom have been moved out of place. It’s not as if anything has drastically changed, but now it feels deeply wrong somehow. Perhaps it’s even disorienting, like you’re in an alternate universe. British film company Zersetzung’s debut Demon evokes such a feeling. A self-proclaimed “Millennial Noir” (a […]Read More 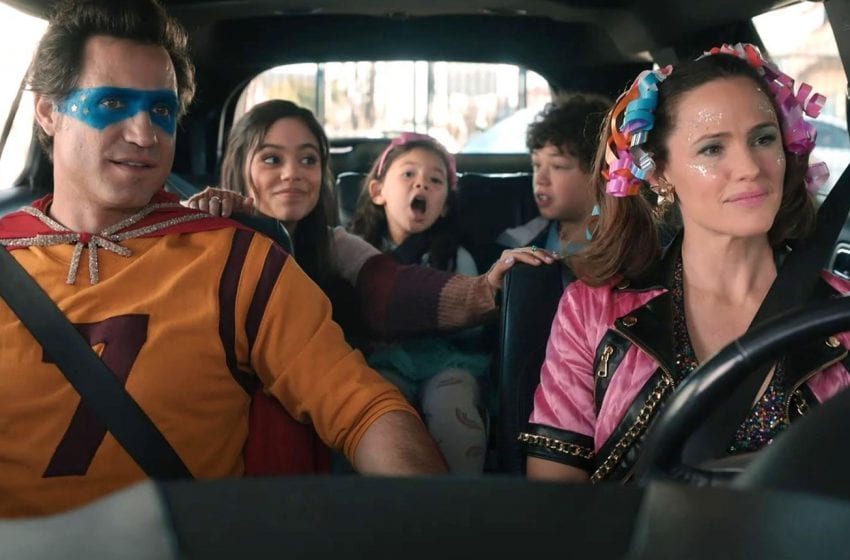 Yes Day follows parents Jennifer Garner and Edgar Ramírez as they embark on their first ever ‘Yes Day’ with their three children. Apart from a few ground rules, these parents have to say ‘yes’ to almost anything their kids ask…and for 24 hours. In this Netflix original, Jennifer Garner plays Allison, a stressed-out mother who […]Read More