Tags : the month in games

This month’s gaming releases will see players travel to new worlds in the hope of a new home, return to old worlds to fight for freedom, live a new version of an old tale and swing for the fences to be the best in the diamond. Outriders Humanity’s future is in the balance in this […]Read More

The month of March brings with it opportunities to rise from the dead, discover new hunting partners, work as a team, build an army and cook away to your heart’s content. Stronghold: Warlords Build your empire one move at a time with this strategy title. Featuring East Asian cultures for the first time, Stronghold: Warlords […]Read More

As we move into a new month, there is a whole host of new gaming adventures for players to enjoy: from Earth-saving werewolves to the stuff of nightmares, a battle for souls and the search for glorious riches await in February’s gaming releases. Werewolf: The Apocalypse – Earthblood Fight on the side of mother nature […]Read More

Assassins travelling the globe, a comedic fright, a cult classic, and a twisted world await among the first gaming releases of 2021. Five Nights At Freddy’s: Core Collection A job like no other awaits in this collection. Freddy Fazbear’s Pizza is a beloved venue for families during the day, but by night it becomes a […]Read More

As we bid 2020 farewell, the final gaming releases of the year include immersive wartime adventures, Greek gods and monsters, a battle against time (and a dragon), gang warfare prohibition style and a little game called Cyberpunk 2077. Empire of Sin Make your moves to control the streets of Chicago in this turn-based strategy. Set […]Read More

Among the releases for November are Viking sagas, some comic-inspired adventures, war on a cold front, a new chapter in the world of Yakuza and the beginning of a new generation of gaming.Read More

This month’s gaming releases include a trip to a galaxy far, far away along with a new tale from a beloved franchise, the chance to liberate London, an opportunity to test your skills on the pitch, and the chance to delve deep into untold horrors.Read More

As summer draws to a close, gamers will be spoilt for choice as September’s gaming releases include the chance to be an icon of the pitch and the court, join Earth’s Mightiest Heroes, turn tricks in the skate park, duke it out in the squared circle and rise through the ranks of the Mafia.Read More

Among the gaming delights on offer in August are the chances to put yourself in an iconic action franchise, take the lead in an immortal war, explore a new Colorado, discover the hidden past of an Alaskan family, or take your first steps into the Octagon or onto an NFL field. Fast & Furious: Crossroads […]Read More

Music battles, wild west adventures, tactical mastery and one of the most highly anticipated sequels are just some of the choices on offer to gamers this June. Valorant Battle lines are drawn in this action shooter. Valorant is a five-on-five tactical shooter where teams are tasked with detonating devices known as “spikes” in enemy territory […]Read More

May’s gaming releases offer players an eclectic mix of titles. From dungeon capers to arcade stories and shadowy mysteries, there is something for everyone to enjoy this month.Read More

Our picks for the month's gaming releasesRead More 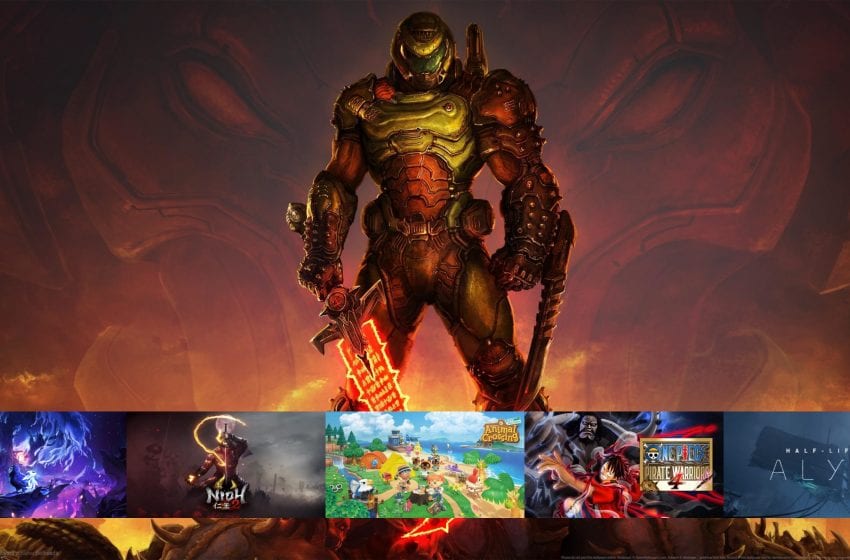 Among March’s gaming releases will be the chance for players to save the world, explore feudal Japan, take a trip with a few spirits, battle against demons with an island paradise and a beloved franchise making a welcome return in VR.Read More

February brings with it some love for gamers with a host of new releases. Among this month’s releases are zombie soldiers, medical mayhem, and gangsters – along with wild dreams and worst nightmares.Read More