Poem of the Week: The View from Halfway Down // Alison Tafel

Zoe Saldana Apologises For Her Past Role as Nina Simone

The UK Must Lead The Fight Against The CCP’s Genocide Of The Uyghurs.

The Only Solution Was Peace: John Hume

Primary Dysmenorrhea: When Your Period Pain Can Be Life-Altering

The Never Ending Problem: Facebook and Freedom of Speech

Have you ever considered the simple form of the spiral as being strange, meaningful, containing depths of knowledge that have never before been understood? I can confess that I certainly hadn’t, but challenging the reader to contemplate the above is the momentous task Sedgwick set himself with this novel.

Objectively, the link may seem tenuous. The motif of the spiral links four very different stories: free verse describing ancient cave magic on the brink of the invention of language, a Crucible-esque story of seventeenth-century witch hunts, the underside of a 1920s asylum and finally a futuristic voyage to find a New Earth. The way all four stories weave in and out of each other is incredibly smooth, and rarely does the spiral theme seem forced. Each individual tale is engrossing, with a set of wholly intriguing characters, but it is not until the last page that the true message of the story is revealed.

In the first story, Sedgwick focuses on the spirals of the natural world. Circling falcons, snail shells and cave art represent the ancient magic surrounding the shape and how the primal bestiality of early humans has been shaped by trust in magic and prayer. The poetic form helps to indicate the uncertainty and potential existing within this hesitant civilisation.

Quarter two, The Witch in the Water, includes images of turning water wheels and spinning tops amidst the personal grudges and beliefs of the inhabitants of Welden Valley. A particularly horrible character, Father Escrove, arrives in the scene with a mission to uproot the heathen behaviour which he considers sinful. Sedgwick cleverly glides between unrequited love across the class divide, the toils of fulling work, burial rituals and age-old grudges without forgetting the reason for his writing: to prove that the spiral image exists below, within and above all events.

Section three is, in my opinion, the oddest of the lot. Bereaved Doctor James begins a new job at Orient Point Insane Asylum and becomes fascinated by the intriguing character of Dexter. As Dexter is a once-famous poet terrified of spirals and descending into a madness created by his own vast array of knowledge, this section leaves one with an indescribable feeling of both emptiness and resolve as similar to that provided by Sylvia Plath’s The Bell Jar. This is accompanied by suggestions of the doctor abusing his adopted daughter who is described as a replica of his dead wife, details which seem rather out of place in the grand scheme of the novel, though this is naturally subjective.

The final quarter is an excellent example of science fiction: well thought-out, realistic plot details in a futuristic, bordering on dystopian setting. Keir Bowman (the Space Odyssey references just keep coming) is charged with a cargo of five hundred human souls on a mission to find a new inhabitable planet. The narrative gradually progresses from gripping sci-fi story to suggestive, paradoxical prose dealing with existentialist ideas and ultimately challenging the reader to consider what it means to be human.

Overall, this book is definitely worth a read. I have long been a fan of Sedgwick’s novels and this one, with its intricate metaphors and startlingly introspective prose, has become another firm favourite. 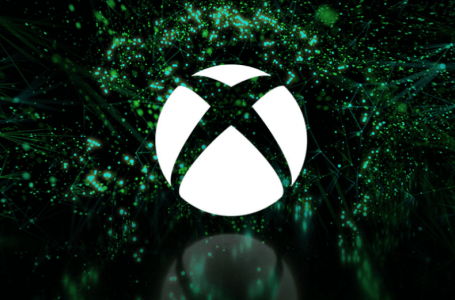