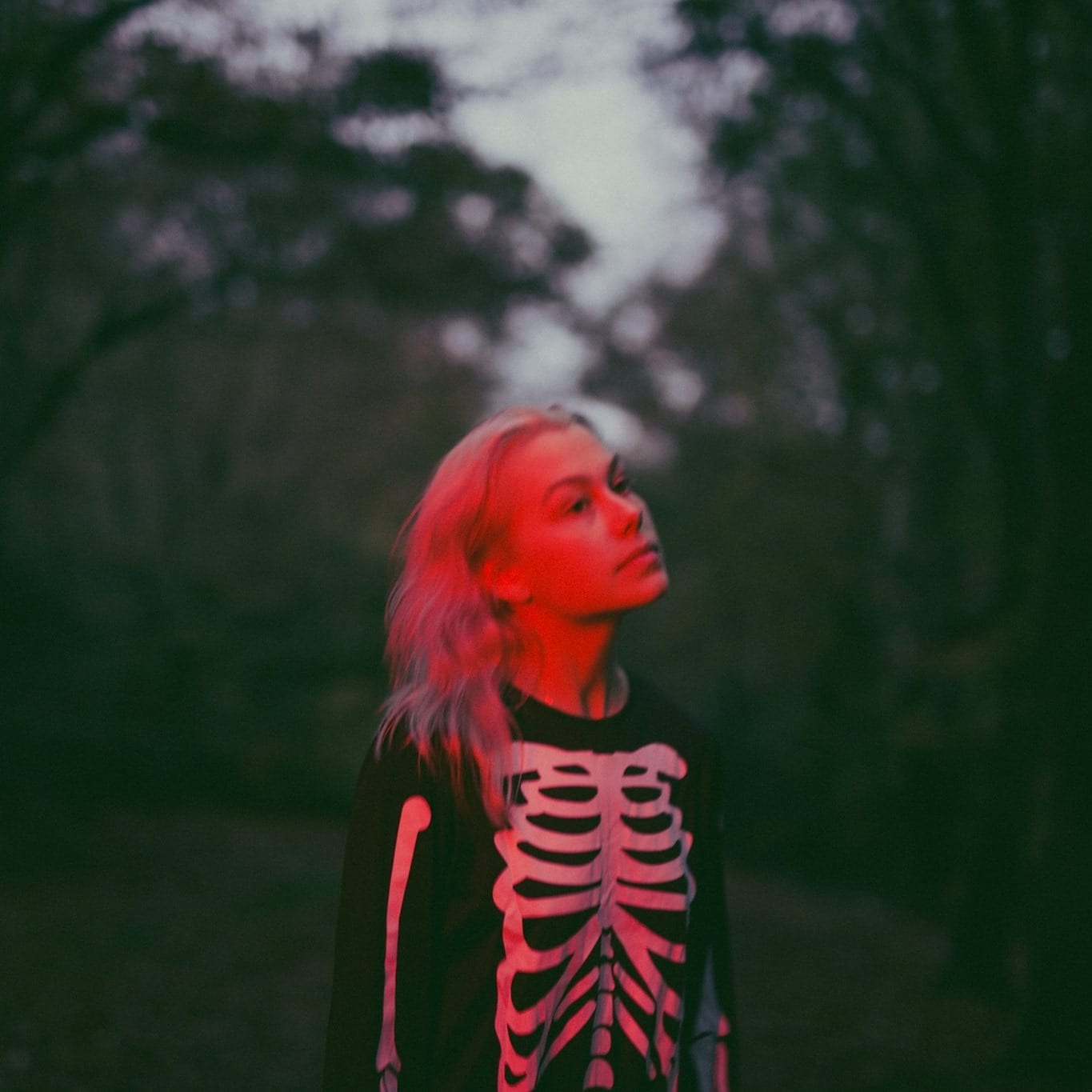 Devastation. Dark Humour. Lyrics that leave your heart blue and make you want to scream that you have ‘’emotional motion sickness’’. Phoebe Bridgers’ discography is beautifully complex and diverse, ranging over two albums, six EPs and several collaborations including with supergroup boygenuis. It’s her mesmerising lyricism and ethereal vocals that are transforming the indie music scene alongside her strange obsession with skeleton onesies and starry pyjamas – does she really own any other clothes?

Now just under a year after the release of 2020’s celebrated and Grammy-nominated, Punisher comes the release of EP Copycat Killer. Reinvented alongside Rob Moose, whose string arrangements have featured on a range of albums from Haim’s Women In Music: Pt III to Taylor Swift’s folklore, Copycat Killer adds a new dimension to four of Punisher’s tracks. One of melancholic rearrangements paired with an extra dash of flair.

In the closing track of Punisher, ‘I Know The End’, Bridgers ruminates the apocalypse, singing before the powerful crescendo “Like a wave that crashed and melted on the shore”. It’s in these lyrics the transition from album to EP is most clearly highlighted. With its array of instruments from electric guitars to drum sets to horn (and screaming), Punisher is a sharp take on some of Bridger’s inner musings.

Its eleven tracks are a reverie on the the likes of faith, relationships and death interwoven with beautiful imagery. Copycat Killer amplifies these cathartic revelations but rather through its stripped production and emphasis on vocals. Though don’t mistake its slow tempo arrangements to be happy, Moose has previously stated that it should be played at Phoebe’s funeral and these lyrics certainly lap at your mind for days.

“Day off in Kyoto / Got bored at the temple” begins the opening track called ‘Kyoto’. It’s a track previously described by Bridgers as a reference to the imposter syndrome she had felt on a trip to Japan and one of the only ‘happy’ tracks on Punisher with its nostalgic beats. Now transcribed to a ballad, the alternative rock anthem focuses on its roots where it surprisingly originated as soothing and sombre instead of the fast tempo hit. Apart from the lack of her signature “woo” after the first chorus, the most devastating part is the raw emotion in Bridger’s voice as she sings in the outro “Guess I lied / I’m a liar / Who lies / ‘Cause I’m a liar”.

Contrastingly, stepping into mellow ‘Saviour Complex’ feels like listening to a movie score unfold on screen. The melodious orchestra of strings after the second chorus echo the ambience of a Studio Ghibli movie in the way that you can imagine animated characters being serenaded by the rise and fall of the violins, alongside Bridgers’ airy vocals.

As ‘Saviour Complex’ turns into ‘Chinese Satellite’, Phoebe looks to the cosmos for introspection in this transcendental track and the instrumental crescendo in the final minute has shot her far out of the stratosphere she aimed for, even more so than the original version. Replacing her electric guitar with the pizzicato strings in the intro, the melodies are hauntingly comforting enveloping the mystical lyrics that leaves Bridgers singing “I want to believe / That if I go outside I’ll see a tractor beam / Coming to take me where I’m from”.

Where she’s from is Los Angeles and she returns here for her final track in a tribute to one of her greatest inspirations, Elliott Smith. In music, a ‘Punisher’ is slang for a superfan who excessively talks about their idols and never knows when to stop and the titular track of her sophomore album is filled with homages to Smith. Though delivered more jarringly than the original with isolated vocals in the intro, Bridgers continues her ode to Smith with the title of this EP, in fact, deriving from her recital in the pre-chorus of “A Copycat Killer with a chemical cut’’.

This is a reference to her nature to ‘copy’ some of Smith’s style into her own arrangements. As the track abruptly ends it’s time to indulge in these thirteen minutes again, it’s a shame I grew out of my skeleton hoodie or else I could too have been ‘’a copycat killer’’.

Copycat Killer is out on vinyl on May 14